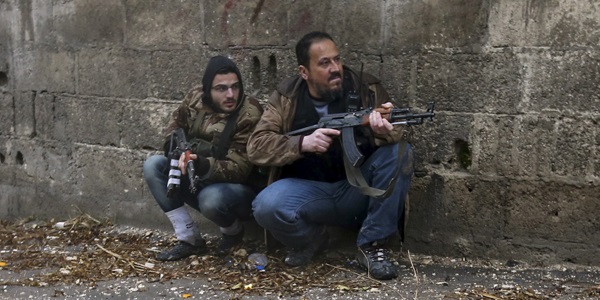 Finalists of the Pulitzer Prizes of Journalism employed a combination of platforms to tell their accurate and emotional stories.

As the pressure continues to mount to see who will make it to the top of the list in the 2015 Pulitzer Prizes awards let’s continue have a look at those who made it to the finalists’ fiesta of the Journalist category in 2014.

h2>New York, a place where writers gamble to win

There is certainly no surprise that two finalists for National Reporting came from The Wall Street Journal. Winning is a way of life in New York where US gambling laws allow online casinos to hone winners every day. John Emshwiller and Jeremy Singer-Vine weaned reports on US factories and research centers that once produced nuclear weapons, but now are probably highly contaminated.

Among the small publications whose work didn’t get first prize in the Journalistic category are Jon Hilsenrath’s top notes for his research presented on the Federal Reserve, a might but misunderstood national institution. In the International Reporting category, Rukmini Callimachi of the Associated Press became a finalist thanks to her discovery and brave inquiry about internal documents. The coverage sought to dismantle myths and to allow for a profound comprehensive insight on al-Qaida.

Los Angeles Times produced quite a few finalists too. Four, in fact. Raja Abdulrahim and Patrick McDonnell gave a riveting coverage of the Syrian civil war, showing, at grave personal risk how both sides of the conflict contribute to the bloodshed, fear and corruption that define daily life.

Then Christopher Goffard had his share of fame for his account of an ex-police officer who became a killer. The perpetrator instilled fear in Southern California for 9 whole days. His riveting pace of the events, the character development and a host of other details made people wonder why he didn’t win. Punters on mobile betting would’ve bet on him. Criticism section finalist Mary McNamara was also from the Los Angeles Times. McNamara presented a scathing but funny television criticism, through essays and reviews. Readers were amused with the ‘conversational style and the force of fresh ideas’ features.

Giving a voice to the voiceless

In Feature Writing, Scott Farwell of The Dallas Morning News was a close runner up for his poignant account of a young woman’s battle with child abuse over the years. The young woman struggled to lead a normal life after years of horrible abuse. Human resilience in the face of depravity was deeply examined in this heart-wrenching story.

According to US gambling news and other literary sources, Mark Johnson of the Milwaukee Journal Sentinel became a finalist thanks to his painstaking precision surrounding a group of first-year medical students in their gross anatomy class. He is able to depict the bonding and the nameless corpse on the table, with the help of multimedia tools.

In the Commentary section Kevin Cullen of The Boston Globe won hearts if not the Pulitzer for his street-wise local columns that describes with accuracy the spirit of a city. And this, in the aftermath of the Marathon terrorist bombings, Lisa Falkenberg of the Houston Chronicle, which also has a gambling news section, finished a finalist because of her provocative accounts. She wrote her metro column from the viewpoint of a sixth-generation Texan. She dares to challenge and her work is often seen as a “voice to the voiceless”.

The Stranger, by Jen Graves wrote for the Seattle weekly. She charmed art fans with the visual arts criticism on the complexities of contemporary art and the world in which it’s made. The work was deemed as elegant with vivid description, worthy of nomination.

Under Editorial Writing, Dante Ramos of The Boston Globe was a winning finalist as he chose to evoke editorials which called on Boston residents to join together to create a more contemporary city and to save it from decay. He called for contemporary lifting of restrictions and removal of bureaucratic knots to enable his city to rise from the gutter.

Andie Dominick of The Des Moines Register got recognized for her conscientious editorials. The works disputed Iowa’s occult licensing laws that regulate occupations ranging from cosmetologists to dentists and that seek to protect the health medical corps more than the patients.

In the Editorial Cartooning section, David Horsey of the Los Angeles Times portrayed a wide range of cartoons that combine skillful caricature with impudence. His works regaled readers while giving them something to chew on. If Pat Bagley of The Salt Lake Tribune made it to the finals of the Pulitzer Prize 2014 journalistic category award, it is without any doubt due to his ingenious manipulation of images and words that slice readers’ emotions and minds.

In Breaking News Photography section John Tlumacki and David L. Ryan of The Boston Globe knew how to use their piercing photographs to elicit shock, depict chaos and hail heroism after the bloody Boston Marathon bombings. While Goran Tomasevic of Reuters used his talents and risked his life to record 2 hours of savage war in the camp of the rebel’s in the Syrian war.

Feature Photography Lacy Atkins of the San Francisco Chronicle reached the finals due to her revealing representation of an Oakland school’s determination to help African-American boys to rise out of the stereotype mould. Last, but certainly not least, Michael Williamson of The Washington Post presented a portfolio of pictures depicting how US food stamp program functions for 47 million people in the US. These images helped carve a niche for Williamson among the finalists of the 2014 Pulitzer Prizes awards.