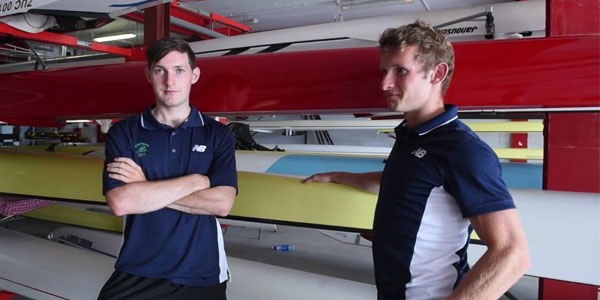 The water might be toxic but the Irish duo of O’Donovans are looking to make a big splash as they hit top form just in time to make the trip to the 2016 Rio Olympics. Can the brothers pull off a victory against a strong field, as they’ve shown they can, or will they fall short of that much sought after medal position finish?

Traveling backwards has never seemed entirely sensible, traveling backwards on water even less so, and add to that the concept of having to physical exert oneself to do so and the entire concept of rowing seems to collapse in on itself. Yet another one-time staple of life that now so obsolete it only remains as a mere shadow of itself, a preservation of history that allows those that like to bet on sports in Ireland to back their new star rowers Paul and Gary O’Donovan at Bet365 during this 2016 Rio Olympics.

It is only bad weather that prevented Rowing appearing at the very first modern Olympics in 1896, and since the mid-seventies has been a major fixture, women only getting to compete at the Montreal games of ’76. With everything from single sculls (just one rower) to an Eight, which has (yes you guessed it) eight guys stroking away there’s something for everyone, and Paul and Gary O’Donovan are there to row in the Men’s Lightweight Double Sculls, putting them up against some stiff competition.

There are the Sieber brothers, Bernhard and Paul, from Austria, the Britons in the shape of Will Fletcher and Richard Chambers, the noteable Italian duo of Andrea Micheletti & Marcello Miani, plus the hugely strong Norwegian pairing of Kristoffer Brun and Are Strandli, although it is possibly the Frenchmen Pierre Houin and Jeremie Azou that Paul and Gary O’Donovan will be keeping an eye on, the boys from Ireland gambling news of their world cup win will only add pressure upon the lads from France.

Not that Paul and Gary O’Donovan aren’t carrying more than a little pressure with them too, it’s been a long journey from Linz all those years ago but when they blitzed home in just 6:57:76 a full second ahead of the home-water rowers Mortiz Moos and Jason Osborne at the 2016 European Rowing Championships in Brandenburg, Germany, pushing the Norwegians into third, the prospect of an Olympic medal a tantalizing possibility at which both have been relentlessly working ahead of Rio.

Of course it’ll be Bet365 that has all the odds as the heats get underway, and if there’s one thing Paul and Gary O’Donovan can count on is the heat. The ambient temperatures of the Brazilian capital will be a challenge for all the athletes, and out on the water there are other dangers that lurk, and anyone in Ireland gambling laws of health and safety are being strictly adhered to has not seen the waters that await in the Rodrigo de Freitas Lagoon. Indeed so bad is it that the US are issuing team members special suits to wear to protect them from the toxins

The “unisuit” comes complete with an “antimicrobial finish” and will, I’m sure, look very fetching but researchers have pointed out this may not be adequate when “they will be literally be immersing themselves in very high levels of pathogens” according to Katherine Mena who should know. Whether Paul and Gary O’Donovan will be sporting some sort of hazmat suit as they row has yet to be announced but given the form they’re on at the moment they just have to be a good wager at Bet365 to at least get a podium if not the gold itself.