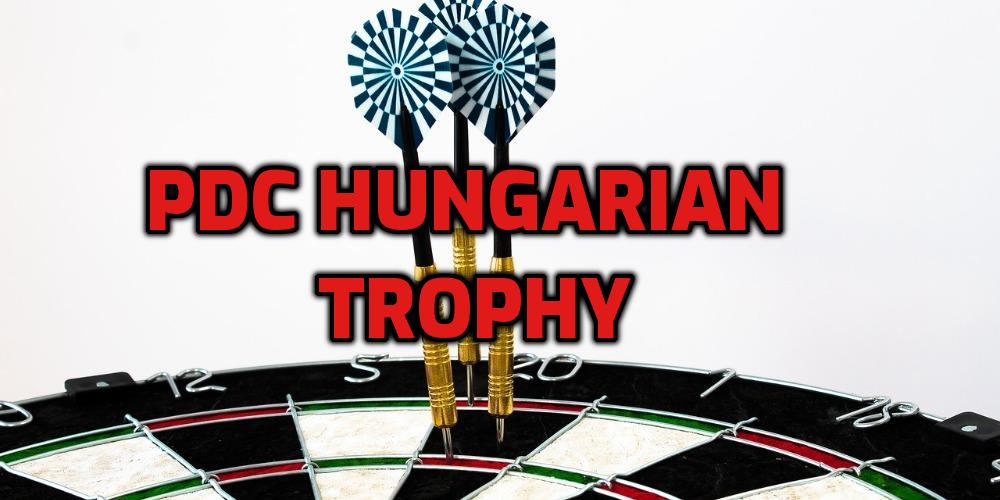 This is the first time that the PDC visits the Hungarian capital after Budapest hosts the Hungarian Trophy this weekend at Laszlo Papp Sports Arena. All top players will compete in the event from the world ranking leader Gerwyn Price to three-time world champion Michael van Gerwen. Both of them are mentioned in the favorites by the PDC Hungarian Trophy odds along with world No2 Peter Wright.

The first PDC Hungarian Trophy was scheduled for last season but had to be canceled due to well-known circumstances. This year it will finally take place in the Laszlo Papp Sports Arena and bring top PDC players to Budapest. Who will fight for the trophy and their share of the £140,000 prize money? The field of 48 players includes the reigning world champion, Gerwyn Price. The 2020 world champion Peter Wright also won the 2021 World Matchplay this season. And three-time world champion Michael van Gerwen is looking for his first win of the season. But the top seed of the tournament is Joe Cullen ahead of Portugal Jose de Sousa and the other big guns.

The 2020 PDC world champion Peter Wright has won four Players Championship events this season. And he got the victory at this year’s World Matchplay as well in July after defeating Dimitri van den Bergh in the final. Snakebite who is famous for his special costumes and hair designs is the top favorite of online sportsbooks in Hungary to win the first Hungarian Trophy. His odds are 5.40 to start the new European Tour with a win.

But the reigning world champion, Gerwyn Price follows him closely with the odds of 5.50 in the PDC Hungarian Trophy odds. The Welsh player has two Players wins so far this season while he only reached the quarter-finals at the World Matchplay. Now the Iceman can get a better result in Budapest and get his 4th European Tour victory. Michael van Gerwen will arrive with similar aims in a season he hasn’t managed to finish on top yet. The former Dutch world No1 reached the semi-finals in the 2021 UK Open and the Premier League play-offs. Also the finals of two Players events but lost the matches on all occasions. Now his odds to break this spell are 6.00.  So, are you going to bet on Gerwyn Price? You can visit Online Sportsbook sites in Hungary and realize your betting.

PDC Hungarian Trophy Odds: What are the Chances of Cullen and de Sousa?

Portuguese Jose de Sousa broke into the PDC elite last season after winning his first televised event, the 2020 Grand Slam of Darts. He continued his great form this season and finished as a runner-up in the 2021 Premier League. The second seed of the tournament also managed to win three Players’ events defeating Michael van Gerwen in one of them. His odds to get his second European Tour event victory are 7.80. Interestingly the top seed of the tournament and the leader of the Order of Merit, Joe Cullen’s odds are worse, 21.00 on 22Bet. So, if you decided who are you going to bet on, you can just visit Online Sportsbook sites in Hungary and support your favorite dart player.

Online gambling sites in Hungary mention the winner of the 2021 Masters, Johnny Clayton in the favorites. The Ferret defeated de Sousa, van Gerwen, Wade, and Wright on his route to the final. Where he won against Mervyn King 11-8. The Welsh have been having a great season as he also won the Premier League this season. Clayton defeated de Sousa in the final, now the two of them can meet in the quarter-finals. The top 16 players will start in the second round on Saturday but fans can see great players like Simon Whitlock, Vincent van der Voort, and Adrian Lewis.