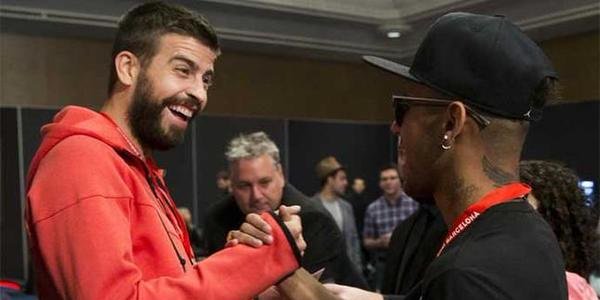 Neymar’s poker career is about to reach its top but teammate Gerard Piqué could end up beating him.

Online gambling sites in Spain report that Neymar’s poker career has never been as successful as his career in the football world, however the young Brazilian is believed to be a talented poker player. Barca’s top-class attacker is going to participate in the new season of PokerStars‘ European Poker Tour’s first step, which takes place in Barcelona.

More than 1,500 people compete throughout the tournaments of the most popular poker festivals in Barcelona. Neymar has already made an appearance where fans were allowed to meet him. However, he will also be there at the tables for the first time in his life, and will be hoping to win the main prize of the event.

Neymar’s poker career could be destroyed by teammate Gerard Piqué

The winner of the event will be able to take 865,000 euros home so Neymar and Piqué will need to face each other not as teammates like they do on the field, but as enemies. Piqué is a regular participant of the event, the best result he ever achieved was his 19th position in 2013, which rewarded him a €21,150 prize. Spanish gambling news report that Neymar’s poker career is not that rich in experience, but we will see which player will perform better at the poker tables.