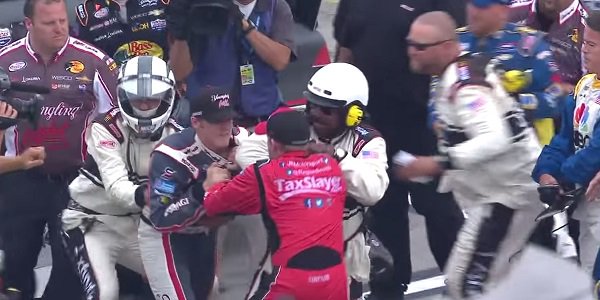 Sport’s biggest brawls drew as much fascination as disdain.

Sport’s biggest brawls have done more than just stir controversy and make gambling news. Fighting by itself is probably one of the oldest sports on the planet because it was directly rooted in survival. When a fight breaks out during a sporting event, audiences are witnessing a sport within a sport. Audiences often cheer for their favorite team with increased fervor. In addition, they may participate in the fights themselves.

• The brawl between Detroit and Indiana resulted in a loss of USD 11 million
• The Miami vs. FIU game resulted in 31 suspensions
• Marichal was suspended for 8 games for causing a 14-minute team brawl

In some sports, such as hockey, fighting is a regular occurrence and is almost treated like part of the game. In sports like basketball, players will have grievances with each other and come to blows. More often in these cases, the referees disrupt the altercations to avoid them from spreading. Although officials try to minimize violence, sometimes the negative energy spreads so quickly throughout a venue that little can be done to avoid the physical explosions that sometimes occur.

In 2011, the Georgetown University basketball team went to China for a 10-day visit. The centerpiece of this trip was supposed to be an exhibition game against a top Chinese University team. When it came to American basketball etiquette, the Chinese players apparently did their homework. The two teams started the game “trash talking”, pushing and shoving. Soon a brawl broke out.

Before long, audience members started to get in on the action. A fan was trying to stomp on Georgetown’s number one player. Georgetown coach John Thompson III dealt with the situation appropriately by getting his team out of the venue quickly and arranging a meeting later with both teams to extend apologies. Unfortunately, this goodwill game featured one of sport’s biggest brawls at that time. Perhaps the Georgetown teams should’ve visited some Chinese casinos instead.

Among sport’s biggest brawls was the infamous “Malice at the Palace.” There wasn’t a person on the planet who saw that coming. According to online casinos, in November of 2004 the Indiana Pacers and the Detroit Pistons played a regular NBA season game. The Palace at Auburn Hills, Michigan was on the verge of hosting a basketball game “violence free.” At the last minute of the game, an altercation broke out between several players. Then a fan threw a drink at Ron Artest of the Pacers.

Artest proceeded to go into the crowd and a major brawl erupted between players and fans. Nine players were suspended by the NBA for a combined total of 146 games. As a result, the suspended players lost USD 11 million in salaries. Five players were charged with assault and year of probation. In addition, five fans were given criminal charges and were banned from attending Detroit home games for life. The event caused an increase in security and put limits on alcohol sales in venues.

But why the special teams started it?

A college football game between Florida International University and the University of Miami became one of sport’s biggest brawls. Both schools were in the Miami area and familiar with one another. In 2006, the two teams met for the first time. Out of the two Miami areas schools, Florida was in their first year as a Division I team. Although Miami was the favorite, we can guess plenty of punters were placing their wagers on Florida through online sportsbooks in the US. Florida wasn’t going to let Miami “walk over them.”

As normal, the game had plenty of trash talking from both sides. Since football is a physical sport, the contact was allowed to get increasingly rough. Seven penalties were called by the third quarter. While Miami brought the ball up the field after a punt, the player was wrestled to the ground by a FIU safety and punched in the face. Soon both sides were all over each other as six more penalties were made. In total 31 suspensions were given.

The Marichal Incident was an early, but well-known sports brawl. Although the Los Angeles Dodgers and the San Francisco Giants have always had a rivalry, the fight was sparked between two team members. Giants pitcher Juan Marichal had already struck a few batters with his pitches during the game. When batter Sandy Koufax was hit, Roseboro, the irritated Giants catcher, threw the ball back almost hitting the pitcher.

Marichal proceeded to hit Roseboro over the head with a bat which created a two-inch gash on his head. Both teams emptied their benches and took to the field to fight. The 14- minute brawl proved to be the stuff of legend. Marichal was suspended for eight games and fined USD 1,750. Since he wasn’t allowed to go to Dodger stadium for the two-game final, San Francisco won both games. Roseboro sued Marichal for USD 110,000.