Usain Bolt: The Fastest Man Alive and Possibly Ever

News >Usain Bolt: The Fastest Man Alive and Possibly Ever 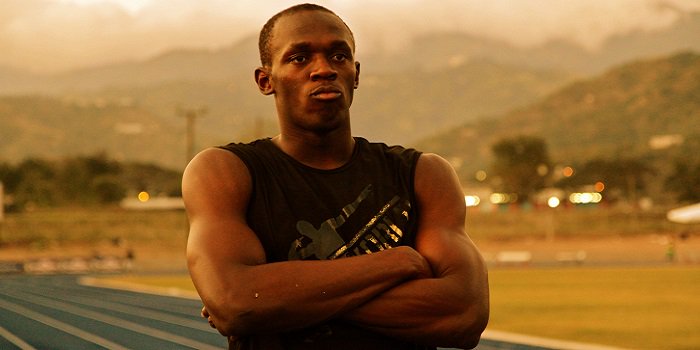 The fastest man alive, Usain Bolt, won the 100 meter final at the International Association of Athletics Federations World Championships in Beijing. His winning time of 9.79 seconds was only .01 seconds in front of Justin Gatlin’s 9.80 seconds. The Jamaican sprinter will head into the 2016 Summer Olympics as world champion thanks to the result of this race. Bolt has won three of the last four world championships in the 100 meter dash. Along with Carl Lewis and Maurice Greene, the Jamaican is the third athlete to win three championships.

Bolt is currently experiencing his longest winning streak which began in 2013. In addition, Usain is the first man to hold 100 and 200 meter world records simultaneously. He was also the first person to win gold medals in both running events for two consecutive Olympics. As the highest paid athlete in the history of track and field, Bolt is also considered the most marketable athlete. For anyone using online betting for next year’s Olympics, Bolt and Gatlin will be an entertaining experience.

The fastest man alive in his earlier years

The fastest man alive, named Usain St. Leo Bolt, was born in 1986 Sherwood Content, Jamaica. Some conspiracy theorists doubt if he’s actually a man at all.. He grew up in Trelawny with his parents, sister and brother. Spending his time playing cricket and football, Bolt admitted that didn’t think about any other sports. By the time he was 12, Bolt was one of the fastest runners in his school. His high school cricket coach noticed Bolt’s speed and recommended him to run in track events. Little did anyone know that one day Bolt would be able to qualify for the Stardust International Raceway.

Under the tutelage of Pablo McNeil, a former Olympic sprinter, Bolt was encouraged to improve his athleticism. In 2001, the fastest man alive won his first high school championship medal in the 200 meters. Although his first International appearance was at the 2001 IAAF World Youth Championships in Debrecen, Hungary, Bolt failed to qualify for the 200 meter finals. This was due to his lack of seriousness towards running.

At the Caribbean Free Trade Association (CARIFTA) Games, Bolt set new records in the 200 and 400 meter events. Standing at 6 foot 5 at the age of 15, Usain won the 200 meters at the 2002 World Junior Championships in Kingston, Jamaica. His time, which was .03 slower than his best, may have been the result of his shoes being on the wrong feet due to his nerves. The victory made Bolt the youngest world junior gold medalist ever.

In his junior career the fastest man alive continued to make gambling news as he continuously won medals. Bolt won the IAAF Rising Star Award in 2002. Also, he won four gold medals at the 2003 CARIFTA Games. Concentrating on the 200 meters, Bolt won at the Pan-American Junior Championships. At sixteen, the press tried to build Bolt as a successor to the Olympic Champion Michael Johnson.

The stance that became his trademark

The Jamaican Amateur Athletic Association took over Bolt’s training and tried to prevent him from burning out. The young sprinter alive became distracted and enjoyed partaking in the Kingston Clubbing scene while relying more on his natural ability to win events. His popularity had increased and endangered his career. Being forced to miss the Junior World Championships due to sickness, Bolt started to focus more on his training.

Although Bolt became a professional in 2004, his early professional years started on “shaky ground.” He headed to the 2004 Olympics in Athens, but was eliminated in the first round due to a hamstring injury. Bolt didn’t fare well at the 2005 World Championships in Helsinki when he qualified for the final, but was injured and came in last.

Concentrating on the 200 meters, the Jamaican didn’t see his first major win until the 2006 IAAF World Athletics Final in Stuttgart, Germany. Bolt won his first gold medal at the 23rd Vardinoyiannia meeting in Rethymno, Crete. Winning the 100 meter event encouraged Bolt to continue shorter distance running. In 2007, the Jamaican won silver medals at the World Championships in Osaka, Japan.

Bolt finally set the new 100 meter record in 2008 at the Rebook Grand Prix in New York City. Breaking both 100 and 200 meter records, Bolt won gold medals at the 2008 Olympics in Beijin. In 2009, the Jamaican won by the fasted margin ever at the World Championships. In 2010, after a victory in Paris, Bolt lost at the 100 meters in DN Galan. Disappointing to those waging through online sportsbooks in the US., Bolt was eliminated from the 2011 World Championships in Daegu.

At the 2012 Summer Olympics in London Bolt secured the 100 and 200 meter gold medals. In 2013, the fastest man alive regained his title when he won the World Championships in Moscow at the 100 and 200 meter events. Combined with his gold medal in the 4×100 relay, Bolt was the most successful athlete in the 30-year history of the world championships. Due to a hamstring injury, Bolt took most of 2014 off to recover. He would regain his World Championship title in 2015.