Place your Bet on the Next Bond Girl 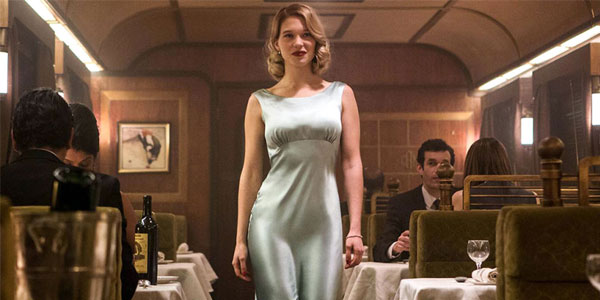 The big question among James Bond fans seems to be over whether Daniel Craig will reprise his role as the secret agent, but who will be the next Bond girl?

Back in May, we at GamingZion discussed some of the potential candidates to play the next James Bond. The answer is still unclear, although UK gambling news has surfaced that Sony is attempting to keep Daniel Craig around for another two movies. Let’s go a different route, and take a look at some of the women rumored to play the next Bond girl, and the betting lines that Betfair has set.

Australian-born actress Margot Robbie burst into the public spotlight a few years back, and has since become on the most recognizable women in film today. Reports surfaced back in July that Robbie could be playing the next bond girl, and online sportsbooks in the UK immediately placed her as the betting favorite.

Margot Robbie is the betting favorite to be the next Bond girl (photo: hollywoodreporter.com)

If you’re looking to bet on the next Bond girl, Margot Robbie might be your best option. She has become a box-office star, taking leading roles in a number of major films over the past few years. Robbie is also drop-dead gorgeous, a trait that significantly helps her chances of securing the role as Bond’s next love affair.

Way back in 2005, Angelina Jolie was one of the leading candidates to play the next Bond girl. At that time, Pierce Brosnan has just finished his tenure as Bond, and Daniel Craig had not yet played the British spy. Jolie turned down the role, stating that she would rather play Bond.

It seems now she may have softened her stance on the Bond girl character, and she sits as the number two betting favorite to get the role according to Betfair. Jolie has been acting less over the years and directing more, but a Bond role may be the type of thing to get back into character.

If the name Elizabeth Banks brings memories of her role in the 40-year old virgin, we don’t blame you. She has more recently played the role of complicated government worker Effie Trinket in the Hunger Games film, as well as roles in the Magic Mike and Pitch Perfect series.

Elizabeth Banks has played every kind of role imaginable. Could a Bond girl be next? (photo: ew.com)

Banks’ role as a Bond girl seems a little peculiar. She has experience acting in a wide variety of roles, and is still a beautiful woman, but something about her in the Bond series seems off. Nonetheless, Betfair lists her as one of the top prospects to get the part, so if you’re looking to bet on the next Bond girl, she could be a good option.

Now here’s one the makes sense. Emily Blunt is a British actress who has established herself as one of the best women actresses in the industry. Her role as an alien killing hero in Edge of Tomorrow was highly reviewed by critics, showing she can kick ass and still look beautiful.

Assuming the next James Bond is still Daniel Craig, this one could get a little weird. Daisy Ridley is a spry 24 years old, while Craig is edging close to 50. If you can get past the glaring age difference, Ridley could actually play a great Bond girl.

She may be young, but Daisy Ridley could still play a great Bond girl (photo: zimbio.com)

She was tremendous in the most recent Star Wars film, showing an acting maturity well beyond her years. Ridley is currently filming the next Star Wars, but would likely be available by the time production on the next Bond film begins. Still though, that age difference… Not sure how that would go down with the audience.

The last candidate we will look at is Keira Knightly. It seems strange that her odds are so low at 33/1 but perhaps that’s because she is currently casted in two movies in the production process. If she can find the time, Keira Knightly might be the perfect Bond girl.

If the qualifications to play the part are to be beautiful and a good actress, then she should be a front-runner. Knightly has been a popular film figure for years, and would likely fit the part of a Bond girl perfectly. If you want to bet on the next Bond girl but don’t know who to wager on, consider throwing down money on Knightly.

Much of this discussion is speculative. There is no real evidence that any of these girls are being considered for the role, and it’s quite possible the next Bond film creators already have a woman in mind to play the part. If, however, you enjoy internet betting in the UK, and have a hunch that one of these women will get the part, place your bet on the next Bond girl at Betfair!