Online Poker Stars UK and Ireland Poker Tour will return for the first time in three seasons between 14th and 15th October, 2012. 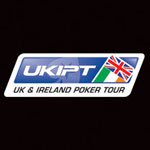 The Poker Stars UK and Ireland Poker Tour (UKIPT) is scheduled to have an online tournament for the first time in three seasons, English and Irish gambling news sources confirmed.

The inaugural UKIPT online tournament is ready to kick off between 14th and 15th October, 2012 in Poker Stars’ British and Irish poker rooms.

The Mid-October UKIPT Online tournament requires the same rather hefty GBP 700 buy-in as the live tour stops. Good news is that the online sign-up comes with is a reduced GBP 35 registration fee and also features a comparative structure with a 10,000 chip-strong starting stacks as well as a 20-minute clock at 8-handed tables.

The timing of the tournament, run fully under the corresponding British and Irish gambling laws, has also been made public. All games begin at 16:00 GMT on 14th October and is scheduled to end at 00:35 the next morning, with the end being a bit flexible.

Players then will be allowed to take a break. The tournament is scheduled to resume at 19:00 on the same day (15th October). The second day will lead to a final table of eight players, who will sit down to play again live at the UKIPT Bristol event on 7th November.

All players reaching the final table will automatically receive the Poker Stars UKIPT Bristol package including the buy-in to the live event as well as travel expenses, saving the finalists from any further expenditure. The winner of the Bristol live event also receives an entry into the Champion of Champions event.

As before, the online leg features numerous side events such as the heads-up tournament, the PLO event and an 8-game mix in the run-up to the main event. Keep your eyes and ears open, as satellite qualifiers have already started on Poker Stars.