Police Arrest 13 Gamblers for Playing at Online Casinos in Malaysia 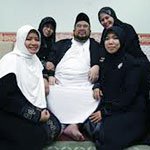 Malaysia is a Muslim country and Islam is vehemently opposed to all forms of gambling. Ethnic Malays must be Sunni Muslims by law and make up 61% of the country. Chinese Malaysians account for a third of the population, are by far the wealthiest by far and are mostly Buddhist. They also love to gamble in Malaysia.

Gambling has always been a part of the Chinese Malaysian culture and ritually performed at certain important events such as funeral wakes.

Police, which is mostly Muslim, have an unenviable job of enforcing the strict Malay gambling laws.

Most Chinese Malaysian gamblers love to gamble at an online casino in Malaysia due to a severe shortage of locations lucky enough to have a gambling license in Malaysia.

While provinces that have large populations of non-Muslims are begrudgingly allowed to open three or four gambling clubs, it is difficult and the clubs are far in between.

The Malaysian criminal world quickly saw an opportunity and began to acquire internet cafes, sign up with foreign based online casinos in Malaysia, and offer their services to the 30% of the population allegedly not affected by Sharia laws.

Nobody was surprised that all three locations offered illegal slot machines as well as instant access to a foreign based Malay internet casino.

The raids, led by DPS Mohamed Zain, resulted in an arrest of 13 Chinese Malaysians and the seizure of 54 computers and 41 slot machines. The ages of the arrested Malaysian gamblers are 19 to 50.

Mohamed Zaid explained that – “The premises are equipped with closed-circuit television (CCTV) to control customer traffic. We got in and found (suspects) busy playing computer games in the premises.”

The suspects were remanded and will be tried under Section 4B (A) Common Malaysian Gaming Houses Act 1952.