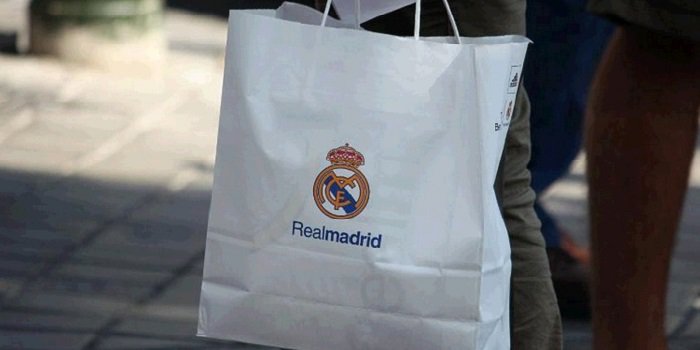 Summertime is always exciting when it comes to Real Madrid as they are always active on the market.

Real Madrid have always been known for aiming to sign the best players in the world to make their team the best. They want the biggest stars in the side, year after year,

that is why they signed the likes of Di Stéfano, Zidane and Cristiano Ronaldo, among many others.

Their activity on the transfer market is always greatly expected in the media as there are always many rumours about whom they want to buy each summer and whom they will have to let go, to make room for the new players.

Real Madrid might let go of Casillas and Ramos

I know that feel bro

This year is no different than the previous ones, according to mobile betting sites. Real Madrid is once again in the center of media attention regarding their transfer policy. Great changes are expected at the Royal Team after the unsuccessful 2014-15 season, in which Real Madrid have failed to win a single trophy – apart from the European Super Cup and the FIFA Club’s World Cup.

Florentino Pérez decided to act as soon as the season has finished. He fired team manager Carlo Ancelotti, the one who brought the long-expected “Décima”, Real Madrid’s 10th Champions League success. The reasons for his sacking were that the Italian will have to undergo a medical procedure and the president also wanted to see a different Real Madrid.

Sami Khedira is also going to leave Real Madrid. The German midfielder’s contract expires soon and the club did not wish to renew it, so he will leave Galacticos for free after wearing the white shirt for five years. He was linked to many great teams such as Arsenal, Bayern Munich and Chelsea, but eventually Khedira will join Champion League runners-up FC Juventus.

There are also many rumours about Iker Casillas leaving the club of his life. He keeps declaring that he has a wish to retire from Real Madrid, yet the media keeps saying that he is unhappy and if a new goalkeeper will arrive, that would trigger a farewell for the Spanish captain. However, he stated several times that he would never join a club in which he would have to play against his beloved team.

The other great surprise would be selling vice-captain Sergio Ramos. The Andalusian defender has joined Los Blancos in 2005 and has been a key member of the squad ever since. According to the reports of Spanish gambling news, Ramos wants to renew his contract and demands a better salary, but the club refuses to give him a contract matching his requirements. Manchester United and surprisingly FC Barcelona are the two teams that are most interested in signing Real Madrid’s vice-captain.

Gareth Bale was the big hit in the transfer window in the summer of 2013. He joined Real Madrid for EUR 91 million but has not been performing as it was expected since then. Real Madrid fans keep getting angry at the Welshman, which has been the source to many rumours, saying he will surely leave Madrid as soon as he can. However, the new manager of Real Madrid has already declared that he counts on the services of the fast British footballer.

Verratti or Pogba could be Real’s top capture this year

There might be many people, including some of the shiniest stars, who will leave Real Madrid this summer, but fans of the Royal Team shall not be afraid: If they will sell any of their star players, Florentino Pérez will surely replace them with at least as good players, thanks to his ambitions to “always bring the best players to the best club in the world.”

That is the very reason why he decided to let go of manager Carlo Ancelotti and replace him with Rafael Benítez. His appointment was a very controversial decision regarding the fact that he failed to achieve any important success in his past 3 teams (Napoli, Chelsea, Inter). Perez reasoned for his side because he was born and raised in Madrid and he learnt football at Real Madrid’s academy. Benítez is a true Madridista who came home, according to the President of Real Madrid.

According to online gambling sites in Spain, Marco Verratti is the number one player whose signature Real Madrid are craving for. The Italian midfielder plays for Paris Saint-Germain and the Parisian club is unlikely to sell him, however the Italian wants to play for the Royal Club, according to certain rumours.

In case the mission Verratti fails, the Galacticos have another plan – maybe he is even the real plan A. The player is Juventus midfielder Paul Pogba, and the Champions League runners-up might sell their most marketable player. The news tells about a record amount of transfer fee as Pogba’s agent declared many times that his client is worth at least EUR 100 million.

Meanwhile as Chicharito was not needed by Real Madrid, the Spanish team will need another striker to rotate with Benzema. For a long time it was Marco Reus who was believed to sign for Los Blancos, however the latest news believe that Liverpool’s Raheem Sterling will join them for a transfer fee of around EUR 60 million.

In addition, the Whites have already purchased FC Porto’s right-back, Danilo, who has had an amazing season, playing many great games and scoring many important goals. His capture might lead to the departure of either Alvaro Arbeloa or Fabio Coentrao, as there are 5 full-backs in the team at the moment.