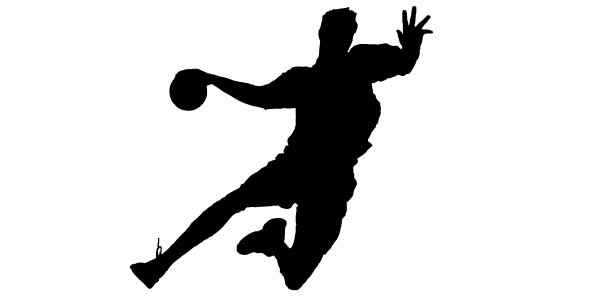 Before the draw for the next edition of the European Champions League in Handball in Vienna, GamingZion looks at 5 of the most popular handball players in the world. Gold medals, titles, individual awards, attractive moves, strength, “superhuman” abilities. Everything is already in their possession.

All of them play for some of the greatest contenders for the European throne. All of them are well known by every handball fan. The only thing that fans don’t know when these superstars are concerned is: who will win champions league 2015/16?

The perfect carrier of Nikola Karabatic seemed to be seriously shaken with the gambling affair in 2013. But this year he showed that, that is past. He might not have luck with mobile betting, but he certainly has luck, sports-knowledge and super powerful capacities when handball is in question. In one sentence: what Nikola Karabatic does, is a powerful poetry in motion in todays handball!

His powerful shot between the nine and the seven-meter lines, his characteristic breakthroughs in the opponent’s defenses, as well as his amazing defending abilities are all exercised on the highest possible level.

On the other side, his handball CV is absolutely impressive: World champion, European champion and Olympic champion with France, current European champion with FC Barcelona Lassa, Handball Player of the Year 2007 and 2014. All This makes him not only the current best player in the world but by many one of the greatest handball players of today, as well as in the history of Handball.

He can manage to get along with any situation on the handball court. In addition, he can play as a left back, assist as a central back, fight on the front line as a pivot. Moreover, he can defend, but he can be also a counter attacker. Many other players in the world of handball can do the same. But only one can do all of it on the highest level. That is Filip Jicha.

The current captain of THW Kiel is not just a leader in the team. Moreover he is becoming an icon for the “zebras”. He is already there for eight seasons, making great contribution in the conquering of two European champion titles as well as eight “Champion of Germany” titles. In 2010 he was awarded by the IHF with the prestigious “Handball player of the year” award.

It is hard to find players that have been top scorers at World Championships, European championships and the Velux EHF Champions League too. Kiril Lazarov is the only one that has all these attributes. And not only that. The Macedonian is also all-time record holder with most scored goals in World and European Championships: 93 and 62 goals respectively. Will he be the top scorer of the next Champions League? Well, whoever knows how to bet on sports in the United Kingdom will put his money on him.

The variety of shoots in his arsenal as well as the high percentage of precision are the main reasons why many regard him as one of the best attacking players in the history of handball. This year he has finally won the Champions League with FC Barcelona after three unsuccessful attempts in the past when his teams lost the finals.

4. Mikkel Hansen: The man from another planet

When Mikkel Hansen is on fire he simply doesn’t look like a men from flesh and blood. With his hammer shots and amazing assists he has become one of the most attractive handball players of today. In 2012, Hansen was chosen by the IHF and the fans to be Handball player of the year.

He was the key player for the second Danish European title at the EHF Euro in 2012 in Serbia. He was also in the All-Star Team this . However he has yet to win the title in the EHF Velux Champions League. He has participated in the final tournament in Cologne only once with AG Kobenhavn, but after he moved to Paris his team was eliminated twice in the 1/4 finals.

5. Domagoj Duvnjak: The magician at the central back position

He might not be like his compatriot, the magic Ivano Balic, but he still remained a magician on his own. Domagoj Duvnjak is one of world’s biggest handball attractions at the central back position. His creative moves in attack that leave defenders to chase shadows are well known by handball fans over the world. His precise shots from almost desperate positions are even better.