Proposal by Senator Graham regarding the anti-online gambling regulations

News >Proposal by Senator Graham regarding the anti-online gambling regulations 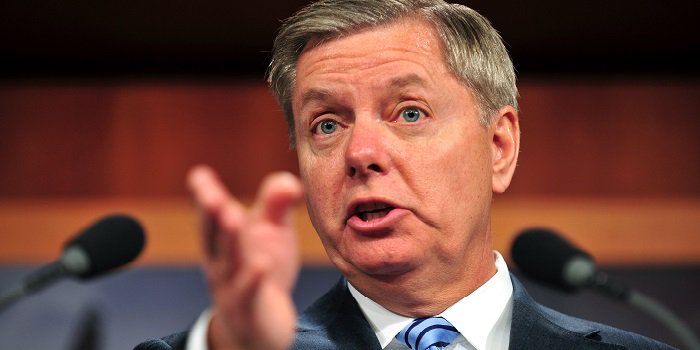 Lindsey Graham makes a proposal in the Senate concerning the regulation of the state lotteries and the mobile gambling.

A version of the Restoration of America’s Wire Act (RAWA) concerning the anti-online gambling regulation has been offered by Senator Lindsey Graham this morning. The proposal which Graham offers tries to include some facilitations for state lotteries and non-mobile casinos but does not account to the online gaming industry.

The version Graham introduced is not considerably different from the one of the House of Representatives presented by Jason Chaffetz this February. The changes that he made are intended to neutralize the attacks by the state lotteries, which were furiously objecting against the revision of the legislative in the beginning.

Graham’s suggestion permits lotteries to operate through their own lottery terminals. But what it does not allow are operations that include selling of scratch tickets which are considered to be reproductions of slot machines. Because of this many qualified the proposal as taking care of superficial problem while leaving the main one unresolved, as gambling news report.

br>
Although the new proposal will obviously benefit many casino operators, it didn’t pass unnoticed that it will benefit most the co-sponsors of Graham’s bill. They include Mike Lee, Kally Ayotte, Dan Coats, Thom Tillis and the single democrat, California’s Dianne Feinstein.