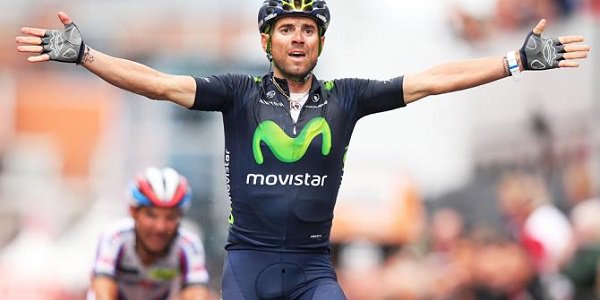 Vaverde shadowed the most dangerous moves and sustained his pace in the battle of the Liège-Bastogne-Liège race.

Much to the delight of cycling fans, Alejandro Valverde, from Spain, won the Liège-Bastogne-Liège cycling event in Ans, Belgium, which was dotted with excitement and accidents. For many teams competed against the Movistar team but were unable to beat Valverde in the climb to Ans. Competitors like Julian Alaphillipe from the Eitixx-Qucikstep and Joaquim Rodriquzez from Katusha, were left behind in a cloud of dust. This will be the hird time that Spaniard will win at La Doyenne.

Valverde first won in 2006, which was marred by the Operacion Puerto blood doping scandal. He again was declared victorious in 2008. That year his DNA was found in matched blood samples found that Dr. Eufemiano Fuente had in Madrid. This led to Valverde being spurned from races for 2 years after a prolonged case that ended up in the Court of Arbitration for Sport.

Back in the saddle after doping scandal

By 2012, the 35 year old Valverde was back on his bike, determined to prove that drugs would not not stop him from showing his true potential. Before the Liège-Bastogne-Liège he was the runner up in the Amstel Gold Race, last weekend before bagging the Flèche Wallonne win the Wednesday before, for the third time. On Sunday, Valverde showed punters, who bet on biking, under Belgian gambling laws, that he was in charge, in the finale.

He readily set the pace on the front on the Côte de Saint-Nicolas in order to really leave latecomers behind. Valverde rode far away, leaving behind Vincenzo Nibali from the Astana team and Michal Kwiatkowski, from the Etixx-QuickStep team. And no one was able to catch up with him and the rest of the leading group of ten, before reaching the finishing post at Ans.

Valverde winning was clear from the outset

Those who tried to overtake Valverde were wholly unsuccessful. Dani Moreno, for example, closed in and ahead of the winner, but Valverde stepped up the pace in the last 500 metres. As the gradient pitched upwards, Dani Moreno headed forward and keen fans took stock of the victorious Valverde, who for a second there seemed as though “he might benefit from the impasse behind to claim the win”.

Valverde had his wits about him and pedaled down hard as he arrived to the final left-hand bend. Rodriguez was left dumbstruck as the rest of the group pulled in soon after. Valverde said of his victory “This is incredible for me. I started as the big favorite, and I knew the entire world watching me. It’s been an amazing week.”

Valverde almost saw Moreno on top, on the podium

He told Belgian gambling news that although Moreno was just behind, “it was a difficult moment when I saw Moreno go away, but I decided to get across to him. I had to try and get him, even if it was a risk and I risked losing energy for the final”. Also, although Alaphilippe, was only a bike length away, the younger frenchman had to settle for his earlier win at the Mur de Huy, last Wednesday.

For although Alaphilippe hyped up the tempo as Rodriguez slowed down, he never managed to catch up with Valverde, who just found some extra inner strength and pushed on to victory. As the rain beat down on the competitors, Rui Costa of the Lampre-Merida team had to settle for fourth place and Roman Kreuziger, the aggresive contender of the Tinkoff-Saxo, claimed fifth, just before Romain Bardet of the Ag2r-La Mondial team.

The finale of the race was tainted by an impressive pile up of bikes, involving Simon Gerrans of the Orica-GreenEdge team and Dan Martin of the Cannondale-Garmin team, former cycling champions. That crash saw the hopes of those who bet on online sportsbooks in Belgium for the Côte de La Redoute team dashed. Valverde looked to control the pace on the early slopes before Nibali picked up speed, and when Dani Moreno took over near the summit, it certainly led to the creation of a winning selection.

Romain Bardet flew off his bike as he flew down and never could manage to keep up after that, although his move lengthened the between distance him and Nibali himself and decreased the leading group to just ten competitors as they closed in on Ans. So, by conserving his energy for the treacherous finale, Valverde came out a real pro on a bike!