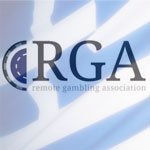 he Remote Gambling Association (RGA) gave out the following press release to the international and Greek gambling news:

Recently, Hellenic Asset Development Fund has launched the tender process for the sale of the Greek Government’s 33% stake in the Hellenic Football Prognostics Organization S.A. (OPAP).

The RGA will continue to challenge the unfair treatment of private sector online gambling operators.

In a detailed letter to Deutsche Bank and the National Bank of Greece, the RGA provided information on the outstanding complaints to the European Commission and on the petition lodged in the Greek Council of State.

In August 2011 the government passed Greek gambling laws which introduced a licensing regime for some forms of online gambling in Greece.

A number of the RGA’s members are active in the Greek internet casino and are impacted by the new law and regulations in a detrimental manner. This includes the previous and ongoing preferential treatment given to OPAP by the Hellenic Republic.

The letter sets out three current complaints that could have a material effect on the future value of OPAP.

Clive Hawkswood, Chief Executive of the RGA, stated: “Given that there are a number of significant challenges to the new gambling regime in Greece, it is only right that we brought these to the attention of Deutsche Bank to ensure that they are properly reflected in the sale process.”

He went on to add: “Under pressure from the European Commission, the Greek government has announced plans to rectify the preferential tax treatment that OPAP’s online gaming business would have enjoyed, but there are other major issues that have still to be resolved, not least the fact that the intention is still to let OPAP have a monopoly in the online sports betting market. “

“Of course, if the Greek online sports betting market is fully opened and all participants are taxed and treated equally our position may change and the Greek Government, online betting customers and gambling operators will benefit from a fair and competitive market that operates in compliance with EU rules,” Hawkswood concluded.

The RGA is the biggest online gambling trade association in the world, representing the world’s largest licensed and stock market-listed remote gambling operators and software provider’s. The organization provides the remote gambling industry with a single voice on all issues of importance to regulators, legislators, and key decision-makers.