RGA and EGBA officially sues Greece for its gambling laws at the EU court. 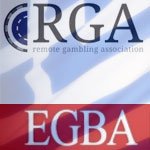 According to the EGBA and RGA, the new regulation is against EU’s own rules.

Sigrid Ligne, Secretary General of EGBA informed: “Commissioner Barnier recently confirmed that the he would take his responsibilities seriously in ensuring the compliance of Member States’ gambling legislation with EU law.”

Ligne expressed high hopes in the EU legislation, saying: “We trust the Commissioner will urgently investigate our complaint and take action accordingly against Greece as well as on several other pending complaints.”

Ligne emphasized that the government decision to award a 10-year extension of monopoly in internet betting in Greece to the state-owned operator OPAP is against EU remote gambling policies. The prolonged OPAP monopoly until 2030 breaks the EU directive 98/34/EC.

The Hellenic country also introduced new enforcement measures regarding online casinos in Greece. Sentences include prison terms, large fines as well as total payment blocking on unlicensed online gambling companies and banks that offer their services to such operators.

Clive Hawkswood, CEO of the RGA commented: “When the Greek Government said it was going to license and regulate the domestic online gambling market we welcomed this as a positive step. However, instead of encouraging the development of a competitive and well-regulated market, the Greek Government and Gaming Commission are blocking major European private operators from it.”

Hawkswood added: “We therefore look to the Commission, as guardian of the Treaties, to ensure that Greece follows the correct procedures and that the laws that it is seeking to introduce are fully compliant with EU law.”