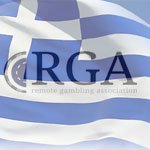 The Athens Administrative Court of Appeals have been petitioned by two unnamed members of the Remote Gambling Association, due to difficulties with accessing the Greek online gambling market.

The reason for this measure was the lack of response to applications for gambling licences from the Ministry of Finance in Greece and the Hellenic Gambling Commission, filed back in July 2013. According to the RGA, this absence of reply is an infringement with the Greek gambling laws.

The RGA also expressed their regret that Greece was not included in a list of EU member states that will be penalized for breaking the free movement of services rule of the European Commission.

Another argument of the RGA is that the government is aiming at strengthening the monopoly of OPAP (the state-run gambling company) and is not attempting to protect consumers. So, the absence of a response to the licence applications might be related to the fact that in August the Czech-led private equity consortium Emma Delta bought the 33% government’s stake in OPAP, who currently run the only online sportsbook in Greece.

The RGA chief executive Clive Hawkswood commented that: “The Greek government is taking a risk by not enabling reputable European companies to provide online gambling services to Greek customers under an established licensing regime.”

Mr. Hawkswood added : “They may also have to refund investors in OPAP to the extent that they may have been led to believe that OPAP did have a monopoly.”

The RGA also noted that the Greek government is depriving the country from receiving millions of euros in the form of taxes from respected operators if they had the opportunity to do mobile casino business in Greece.

Therefore, the RGA is determined to make all the necessary legal efforts in the court to resolve the problem and achieve fair settlement for the new coming gambling operators in Greece.