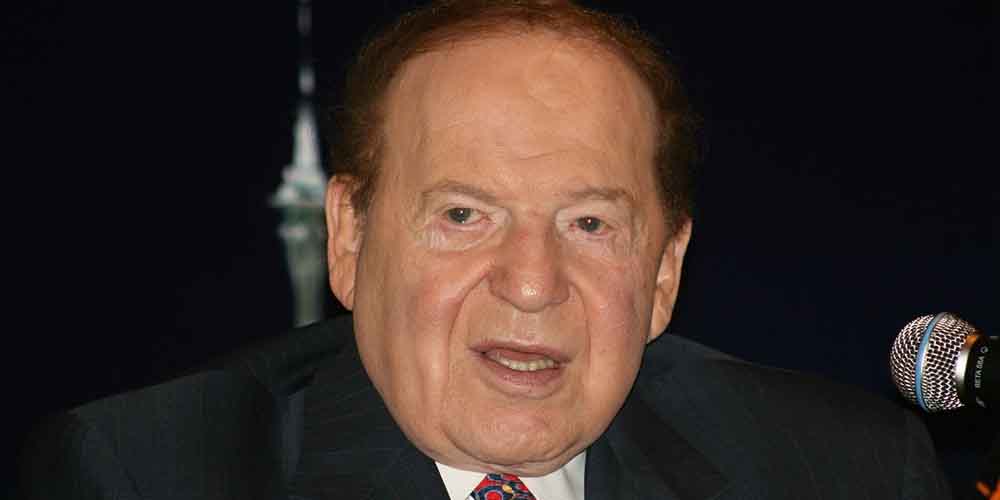 The casino business is a very profitable business with the owners of the largest casinos earning hundreds of millions of dollars every year. We can find some well-known names in the list of the richest casino owners in 2021. Like Donald Trump’s partner, Phil Ruffin. Along with the richest casino owner, Sheldon Adelson whose estimated fortune was $29,9 billion at the time of his death this January.

Luxury, glamour, and rich people come into our minds after hearing about casinos and gambling, but some of the following people started from poor backgrounds. They still become billionaires after making their own casino enterprises. Besides some great American businessmen, we can also find the biggest casino owners from Asia. Let’s see how they become so important figures of the casino industry and what is their estimated worth in 2021.

The partner and friend of Donald Trump, Phil Ruffin is a well-known name in the casino industry. He  owns half of the Trump International Las Vegas Hotel besides being the owner of the Treasure Island Hotel and Casino. He bought the latter for $775 million in 2009 but now its value has been doubled.  Ruffin is a great businessman who started from very low, selling hamburgers and saving money to start his own convenience store chain. Later he bought hotels in Kansas and a casino in the Bahamas before buying the New Frontier Hotel and Casino in Las Vegas. He sold it for $1,2 billion in 2007 with a huge profit. The 86-year-old’s estimated worth is now $3,5 billion dollars, making him one of the richest casino owners in 2021.

Pansy Ho is the daughter of the Macau-based businessman, Stanley Ho, who also appears on our list. His daughter is the manager director of several of his companies like the Shun Tak Holdings. And one of the biggest casino operator in Macau, the Sociedade de Turismo e Diversoes de Macau. Pansy Ho also had her own businesses as she invested into the MGM China. Though she was barred from running a gaming business in New Jersey following the allegations about her father’s connections to criminal gangs. We don’t have to worry about her though as Ho’s worth is around $3,8 billion, making her the second richest woman in Hong Kong. You can also get rich by playing on one of the online casino sites in the US like Bovada Casino.

Staying with the Ho family, we have Stanley Ho in our list. He died last year but his fortune still earned him a place within the richest casino owners. As he had a worth of around $7 billion at the time of his death. Ho made gambling in Macau as one of the main income sources after winning the tender for Macau’s gaming monopoly license. He built the Lisboa Casino which is still one of the greatest casinos in the area, called the “Las Vegas of the East.” Ho also owned several other businesses from banking to air transport, including the Shun Tak Holdings. While the versatile businessman also took control over the Macau Jockey Club and launched a football and basketball lottery. He had 17 children from four wives who inherited parts of his great wealth.

Hong Kong-based Lui Che Woo is also from the region with a worth of around $14,5 billion. Woo started in the construction industry then turned to the property business. He established the K. Wah company in the 1950s and developed it to a huge conglomerate. Woo bought hotels in the 1980s but only got involved in the casino business in 2002. Then he became one of the gaming concessionaires in Macau and the owner of several casinos. One of his latest casinos, the $2 billion Galaxy Macau casino and hotel opened in 2011, and belongs to the best gambling destinations. Woo is also popular due to his donations and supporting different causes. Like establishing research laboratories and offering research scholarships for young scholars.

The richest casino owner is still Sheldon Adelson whose estimated worth was an incredible $29.9 billion at the time of his death this January. The American businessman was the founder and chairman of the Las Vegas Sands Corporation. Which owns some of the best casinos in the world. Like the Marina Bay Sands in Singapore and The Venetian Las Vegas. Adelson started his business career at the age of 12 selling newspapers in Boston before starting his own candy vending-machine business at the age of 15.

He was a great entrepreneur establishing more than 50 businesses, and helping him to become a millionaire. He only joined the gambling industry at the age of 55. Purchasing his first casino, the Sands Hotel and Casino in Las Vegas in 1988. Adelson fought against Internet-based gambling in his later life, but even he couldn’t stop its spread. Now we can choose from several online gambling sites in the US, though it’s still worth visiting one of his casinos if we can.