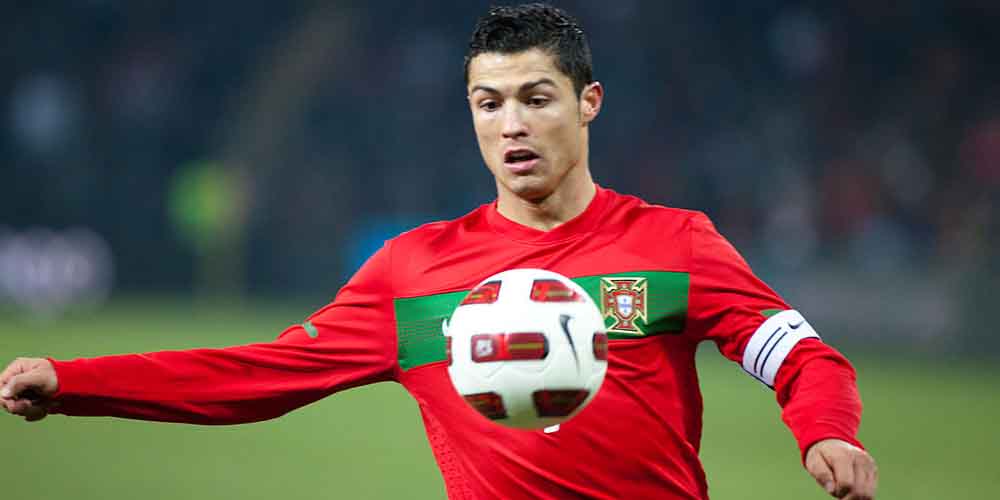 Are there any records Cristiano Ronaldo cannot beat? It seems no. This time, the most famous Portuguese player aims to become the best goalscorer for the national team in the world. Ronaldo Portugal’s goal record odds at 1xBet leave no doubts that his new individual achievement is coming soon.

Cristiano Ronaldo is undoubtedly one of the best players in the world. Why just one of them? It is really challenging to make up one’s mind about his or Messi’s supremacy in football. Both footballers are brilliant and own many individual trophies. However, Ronaldo seems to add some points to his rating very soon. Online sportsbooks in Portugal revealed odds on CR7 to beat some new records, which can tilt the scales to his side. What are these records?

Ronaldo can become the top scorer in the world

The major achievement Cristiano Ronaldo can toil is beating a 15-years-old record as the best goal scorer for the national team. The current record belongs to Iranian player Ali Daei, who is the world’s all-time leading scorer for his country’s team. During his 13-year career, Daei shot 109 goals, which allowed him to enter the Guinness World Records Book. Why is Ronaldo predicted to overcome him?

First of all, Ronaldo is the second most-scoring footballer in view of national teams of all time. He is the only active player with the most goals for his country too. Since 2003, Ronaldo has scored 99 goals for Portugal, which is just ten goals less than the world record. Ronaldo Portugal goal record odds on overcoming Daei are win-win – 1.1 at 1xBet Sportsbook.

The Juventus star has all chances of beating the top-scorer record thanks to the upcoming Euro 2020. The Portugal national team has successfully qualified for the Group Stage. Although the reigning champion isn’t predicted to win the competition again, it still has at least four matches in reserve, which is completely enough for Ronaldo to score 10 goals. In addition, the player has good odds to become the top Euro 2020 goalscorer along with Harry Kane. So, we have no doubts that Ronaldo’s new record is round the corner.

Apart from Ronaldo Portugal goal record odds, the player has all chances to shine in club championships. In particular, Cristiano Ronaldo’s 2.00 odds point that his next achievement will be reaching the 500 goals mark in any of Europe’s top-5 leagues. Currently, the footballer can boast for 440 goals, which is also close to the target.

The other profitable 1xBet Sportsbook bet on Cristiano Ronaldo touches upon his success in the Champions League. Yet he is one of the best players in this competition, there are always things to improve. With 2.1 odds, Ronaldo is expected to score 150 goals in the UCL. To make it clear, his performance isn’t limited just by the next Champions League but includes all the following matches too. Therefore, achieving this goal is also very possible as CR7 is currently the player with most goals (129) in the UCL between 1995-2019. Theoretically, 35-years-old Cristiano can beat this record before he finishes his career.