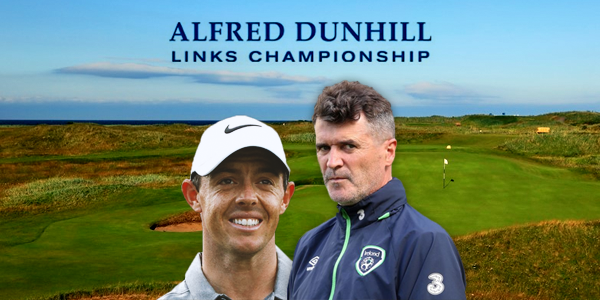 What are the odds of Rory McIlroy playing alongside Roy Keane in the Dunhill Pro-am 2018, after their past was revealed?

“He should be one of my heroes…”

The world of professional golf is not immune to drama. Last week, when a video of professional golfer, Rory McIlroy, handing a ball to a little boy at the British Masters went viral, nobody would’ve guessed what will follow. “I was sort of surprised how that little moment last week became such a big thing because it’s quite a regular occurrence on Tour,” commented McIlroy. As it turns out, the golfer’s special attention to fans stems from a disappointing childhood experince. “I asked someone for an autograph as a kid and they didn’t give it to me. And I’ve never liked them since,” he shared with journalists, revealing that “it was Roy Keane.”

The temper and bluntness of Roy Keane, the legendary Manchester United captain, is well-known among fans. In a 2015 interview, when asked about all the attention players receive from social media, Keane said “I’d be in prison now, definitely” had there been social media during his heydays. “It’s a nightmare. The worst scenario is people with phones wanting pictures but that’s part of the deal,” he added.

Paddy Power Sportsbook is rather positive about the future of McIlroy and Keane. Right after McIlroy’s revelation, they’ve put up the odds for McIlroy and Keane to play together in the pro-am portion of the Alfred Dunhill Links Championship in 2018, which would be the perfect way to close this chapter. One of the most renowned golf tournaments on the European Tour, the Alfred Dunhill Links Championship is held at Scotland’s best courses: Carnoustie, Kingsbarns, and St. Andrews.

In the pro-am (professional and amateur) part of the event, a professional golf player teams up with an amateur, who’s usually a well-known professional from the entertainment or sports industry. This year, McIlroy is playing alongside his father, who is a regular golf partner of his. The question is, whether McIlroy is willing to play with Keane in 2018? The odds at Paddy Power are 25/1, which is 4% chance out of all possible happening. Not bad, right? If you think that the two should make up for that past incident, head over to Paddy Power Sportsbook and place your bet!