Sergio Ramos Destroys Careers for Fun, Should be Banned for Life

News >Sergio Ramos Destroys Careers for Fun, Should be Banned for Life 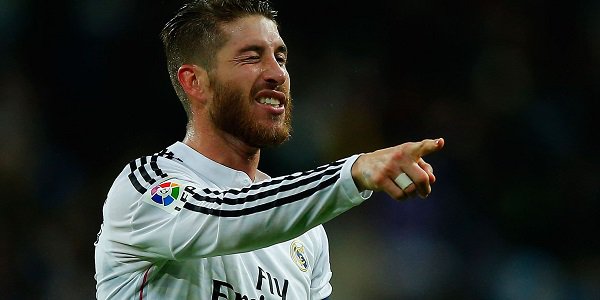 Hitler? Stalin? They were the pure and innocent childish souls compared to the Holocaust being executed by Sergio Ramos in the football field.

We have always known that Sergio Ramos was the worst human being that ever existed. Back in the days, online sportsbook news sites in the UK haven’t written as much news articles about the Nazi and the Soviet holocaust combined than they write about Real Madrid’s captain ever since 26 May, the Champions League final.

If you have seen the Champions League Final 2018, you must agree with us. Sergio Ramos is the worst human being that ever existed and Sergio Ramos destroys careers for fun. Have you seen what he has done to Mohamed Salah? The Egyptian striker is Liverpool’s best player, that’s why the Real Madrid captain decided he needs to be injured.

And what’s better way than throwing him on the ground over his shoulders? According to the legend, while Zidane and his players were preparing to play football against Liverpool, Sergio Ramos took private judo lessons in hopes of killing the Egyptian. Unfortunately for him, he only managed to break a shoulder, but good enough: Salah had to leave the field, so Ramos won.

Ramos robbed Liverpool, Egypt and the entire world of football

You can already join online sportsbook sites in the UK and bet on Salah missing the World Cup because of Sergio Ramos and his horrible personality. It was obvious that Real Madrid were gonna lose, should Salah have stayed in the pitch. But he couldn’t go on and Liverpool lost. Sergio Ramos did it. Sergio Ramos stole Liverpool’s 6th Champions League victory.

In addition, he not only robbed Liverpool, but the Galacticos captain also destroyed Egypt’s chances in the World Cup. It’s obvious that Salah will miss the World Cup because Sergio Ramos broke his shoulder. The best Egyptian player will be missing, that’s why very fairly and very reasonably, an Egyptian lawyer sues Sergio Ramos for €1 billion. Which is quite a ridiculous amount of money. We should count all the careers Sergio Ramos destroyed for fun. €1 billion is nothing for all those.

Another time when Sergio Ramos took the main role in the Champions League final was shortly before the first Real Madrid goal. Remember that goal? Karius looks like he had a brain damage when giving away such a goal to Karim Benzema. Of course, Ramos did that! Just a few minutes before this happened, we can see that Ramos hit Karius in the head.

Of course the goalkeeper got confused. Getting away with a hit in the had after getting away with a horrible shoulder-breaking judo move, only Sergio Ramos can do that! Of course, UEFA won’t take action, because “ It’s obvious that Van Dijk pushed Sergio Ramos to the keeper.” Sure. Real Madrid not only buys referees, they even have the entire UEFA in their pockets.

I think with all these circumstances, it’s only fair to take away Real Madrid’s “glorious victory” and count the trophy for the English club. With all those things going unpunished that we have never seen on the football field is just unacceptable. Sergio Ramos destroys careers for fun and gets away with it all the time. This must stop now.

If UEFA won’t stop Real Madrid and career destroyer Sergio Ramos, then we, football loving fans must act. You must have heard of the petition against Sergio Ramos. You must sign it because it’s not just a ridiculous thing you do when you’re butthurt for a club’s success: it’s a serious thing with serious consequences.

Let’s ban Sergio Ramos from football, and once we’re done with that, let’s ban Real Madrid from football. That way, maybe some other teams will actually have a chance in the Champions League finally.