Seven Reasons To Bet On Donald Trump To Win In 2020

It might well be easy to think that the US would take the very first opportunity it can to be rid of the obviously criminal Donald Trump and his cabal of cronies however US politics is never what you might call sensible. Just look at the odds he’s getting on sites like Bovada. So if you’re going to take advantage of US gambling laws to back a candidate in the next US election here’s seven reasons to bet on Donald Trump to win in 2020 despite all that he’s done that should prevent it. 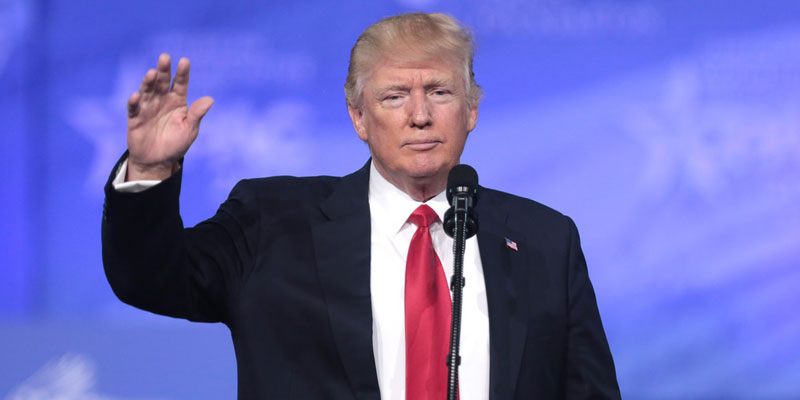 They say too many chefs can spoil the broth but it’s not a turn of phrase the US Democrats have ever heard and indeed make this list of seven reasons to bet on Donald Trump to win in 2020 simply because there are just so many of them attempting to stop him doing so. Bernie Sanders, Kamala Harris, Joe Biden, Beto ORourke, Pete Buttigieg, Andrew Yang, Elizabeth Warren, and a plethora of others are standing ensuring the party rips itself apart in the run up to the convention.

The media in the US are, by reputation alone, deemed to be liberal elitists who root for the Democrats. However, they make this list of seven reasons to bet on Donald Trump to win in 2020 because they’ve discovered chaos gives them more viewers and thus more advertising revenues. They are thus more than willing to watch the entire nation go to hell in a handcart rather than start doing the job the fourth estate is supposed to do in a modern democracy and speak truth to power.

If you regularly bet on sports in the US you’ll be only too aware that teams which spend more win more, and one of the best reasons to bet on Donald Trump to win in 2020 is that many of the richer folk in the US will be stuffing his coffers. Even old adversaries like Sheldon Adelson and the Koch brothers are likely to be on his side and that could give him a decisive advantage in an emotional and already very polarized election cycle that hinges so often on attack ads on TV.

Between ongoing voter-suppression efforts by the Republican Party in various states and the outright Gerrymandering of electoral districts that has been allowed to occur in others, the challenging Democratic candidates are already going to be pushing uphill. Add to that the wholly undemocratic Electoral College system that haunts US politics and the political paradigm itself becomes one of the reasons to bet on Donald Trump to win in 2020 however inept he becomes.

Easily making our list of seven reasons to bet on Donald Trump to win in 2020 is the fact that of the nineteen presidents who have sought re-election by the US electorate only five have failed to do so. This means that if you’re going to hit up Bovada, one of the best online sportsbook sites in the US these days, to place a bet on the election those 5/4 odds on “The Donald” could be as good as it gets. His closet rivals (Sanders and Harris) are still way off that price at 6/1 right now.

Written off by some as a conspiracy theory and fretted over by those with a quantity of braincells larger than their shoe size, between Russia’s hacking and spam, Facebook fakes and slanted social media stooges, nasty leaks and outright lies, the Russians will almost certainly have some influence on the outcome of the next US election. Thus, Since he’s obviously been their man in Washington the Russians are also one of seven reasons to bet on Donald Trump to win in 2020.

That Bovada, one of the best online betting sites in the US today, is giving him such short odds underlines one of the main reasons you should bet on Donald Trump to win in 2020; The US electorate. Having already elected the clown that was Ronald Reagan, the fool that is George W Bush, and now this disgustingly childish natural born liar and criminal it is clear to most of us around the world that the US population is, to put it in very diplomatic language, just stupid.