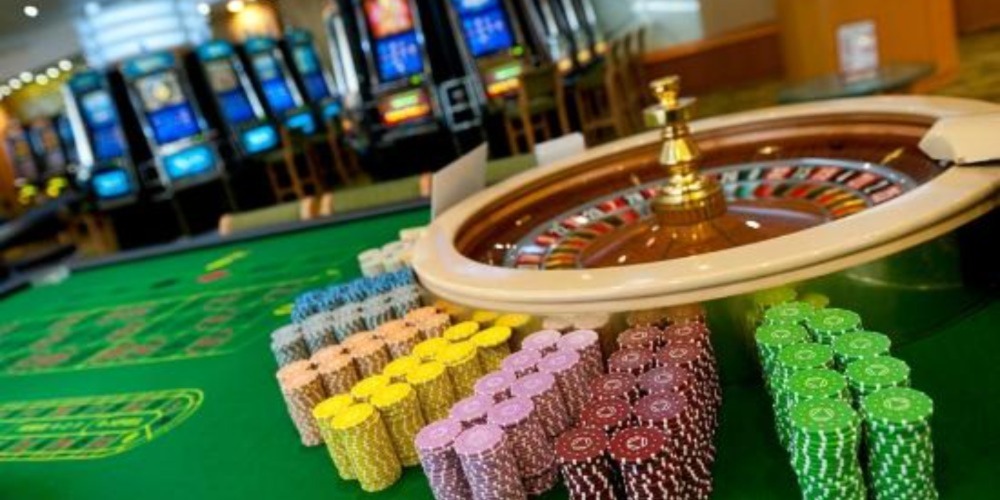 Gambling has a long history, where the goal of both parties is to earn as much money as possible. This is especially true for casino games, where, in addition to luck, sometimes manipulative tools also play a role to help win fortunes. However, these attempts are most often discovered than not and almost always result in prison sentences.

In the world of online casinos, there are fewer opportunities to cheat, but some still make attempts. Of course, the situation is complicated there since today’s online casino technology and artificial intelligence are much more difficult to cheat. Let’s check out some shocking casino affairs exposed below!

The words Vegas and gambling fused together over the years. Las Vegas is a paradise for those who are there for gambling, casino, and adrenaline. A place where, if you’re clever and lucky, you can change your life overnight. About 40 million people visit the city every year in the hope of becoming rich and, of course, there is plenty to see here. However, some are preparing to try to rob a casino. There are about 100 casinos in Las Vegas, so the selection is quite large.

Over the years, many people have tried to steal and cheat here, be it cash or chips, but few have been able to do it successfully. Why? Most likely because the city is in the middle of the desert, close to military bases, and these places are protected like crazy. According to online casino sites in the US, it has become impossible to cheat in casinos or rob them. Take the famous Bellagio, for example, which has more than 2,000 cameras with facial recognition programs.

As a result, you immediately recognize those who have a criminal record. They know the moment you cross the threshold of the casino. Crazy, right? By the way, thanks to the cameras, they immediately notice if someone is trying to steal so the staff can stop them. Despite this, some try to cheat the system because they are sure of themselves. So it’s not easy to accomplish a successful hustle in an actual casino or online, for instance, at 22BET Casino!

The MIT team was a group of students who studied at MIT, Harvard, and other famous universities. For 20 years, starting in the 1970s, this team used various card counting techniques based on science to beat the house in blackjack. They have won millions over the years.

The team leader was Bill Kaplan, who taught at least 100 blackjack players these methods, reportedly earning at least $10 million. After some time, the casinos grew suspicious and exposed the shocking casino affair. The members they caught were banned from the casinos. The team eventually broke up in 1993, although some of them continued to play well into the 2000s. Check out the full story about the students who beat the house!

In 2010, Tony Carleo, a student at the University of Nevada, attempted to commit a robbery at one of the most famous Vegas casinos, the Bellagio. Early in the morning in December, he parked a Suzuki dirt bike in front of the entrance. Without taking off his helmet, he marched into the casino with a gun and started stuffing chips into his backpack. After the bag was full, Carleo hopped on his motorcycle and disappeared into the desert.

As you can read on online casino sites in the US, more than two months after the robbery, he was arrested when he tried to sell the stolen chips. He confessed to his crime but denied he wanted to use the handgun. However, the judge was not impressed by his explanation. He was sentenced to nine years in prison.

The Greatest Casino Robbery in Vegas

In 1993, Heather Tallchief stole an armored car parked in front of the Circus Circus casino. Her partner in crime was her boyfriend at the time, Roberto Solis. According to police reports, the couple disappeared off the radar very quickly. This was one of the most successful Las Vegas robberies since the two bandits stole more than 3 million dollars. They successfully hid from the police for more than ten years, even though they were among the FBI’s most wanted criminals, and then out of the blue, Heather turned herself into the authorities.

She was the one who exposed this shocking casino affair. As it turned out, she lived and worked in Amsterdam as a maid and used a fake identity. She came clean because she wanted her 10-year-old son to have a normal life, and that doesn’t work if you have to run away and hide all the time. She could not say where Roberto Solis was because they separated soon after the robbery. Tallchief was eventually sentenced to five years and three months and has since been released.

Poor Bellagio used to be the main target of thieves. In 2000, at 6:30 in the morning, two armed men entered the casino intending to steal money while the third partner stood guard. The action was successful, and they even robbed a small office that did money exchange near the entrance. Not long after, the three robbers, Oscar Sanchez Cisneros, José Manuel Vigoa and Luis Suárez, were taken into custody.

Cisneros died in prison soon, but it turned out that this was not José Vigoa’s only crime. He had also killed during the robberies, so he got a life sentence, while Suárez got 15 years. After the incident, the casinos, without exception, installed bars in front of the money exchange booths, preventing this shocking casino affair from happening again.

Two croupiers working in a well-known casino on the French Riviera marked the poker cards with paint visible only in the infrared range. Then they repacked, sealed, and smuggled the cards back into the other decks. When the marked cards were on the table, the third friend sat down to play. He put on infrared lenses so he could see the otherwise invisible markings. This way, he knew what card was next and what his opponents had.

According to 22BET Casino, for the first time, with this never-before-seen method, they won 70,000 euros, while two months later, they cheated 21,000 euros on poker. However, the security noticed that his decisions were often unjustified as if he had a sixth sense, which was why this shocking casino affair was exposed. The three cheaters got a total of seven and a half years in prison and had to pay a fine of 250,000 euros. Adding the 2,000-euro contact lenses, you could say it was not worth it!