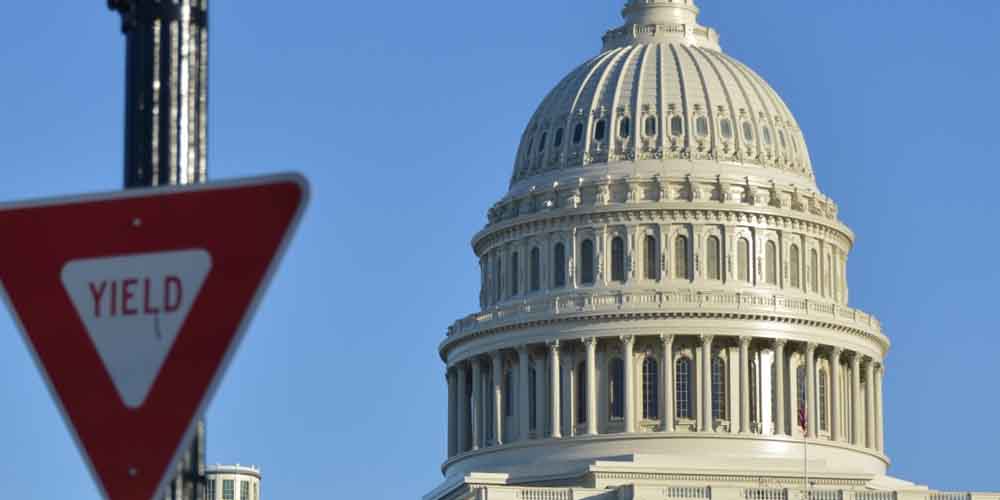 Donald Trump, arguably the most divisive president the nation has ever had, is favorite in 2024. Right now online sportsbook sites in the US like Bovada will give you just 3/1 on Donald retaking the White House. That evidently alarms some on the left of the political spectrum and their cheerleaders in the media. They’ve looked at the latest US politics odds and begun a subtle campaign against the almost inevitable….by making comparisons with dystopian cannibalism.

They’ve probably been waiting to make the comparison since 1973 when the movie came out. The media have joyously leapt on comparisons with Soylent Green. Set in 2022 the movie is a sci-fi classic starring Charleton Heston and people scooping. In the film, a starving, climate change ravaged, overcrowded, America takes to recycling people into a foodstuff. Hence the comparisons. The media think those US politics odds means their nation is about it eat itself.

In some simplistic ways they’re not wrong. Those US politics odd do rather herald a one-party state. Behinds the scenes militant Republicans are putting their people in place. They’re slowly taking control of the electoral process, to ensure they get the right result. That’s why the odds on Donald Trump at online betting sites in the US like Bovada are so low. The media see one side gaming the system whilst the other fumbles the ball. So the media are now leading the response.

Media Moves As Democrats Stall Ahead Of Midterms

The media attempted independence and honesty for quite a while before money and corporate interests eroded all that. Now they know they’ll get accused of bias regardless of what they actually do or say. So why keep up the pretense? Hollywood isn’t shy about nailing its colors to the mast. They made that clear with “Don’t Look Up”. The news media is next. They’ve seen the US politics odds and they know they can bet on Donald Trump returning to insult them again.

It’s fair to say Donald Trump did not have the best relationship with the press. That’s why the press have covered the anniversary of January 6th in such depth. Congress is still trying to link the former President to criminal wrong-doing but their time is running out. Anyone taking advantage of US gambling laws to look at the US politics odds know where the midterms are heading. So rather than bet on the Democrats to get it right, the media are taking matters into their own hands.

Bovada Has All The US Politics Odds You Need

They know if the Republicans do retake the House, Senate and White House in the next three years there’s no way back. That’s why you’re seeing stories about impending cannibalism, civil war, an economic implosion and corruption conspiracies. They’re laying it on thick and all at the door of the Republicans. Of course, that does mean they’ve bet on the Republicans winning if they don’t. Looking at the Democrat infighting and those US politics odds and you can see why.

Joe Biden shot for the moon and had members of his own party pull the abort lever. It’s hardly encouraging. Right now you’d need a mental illness to bet on Joe Biden retaining his job, or Kamala Harris taking over from him. Just look at those US politics odds. Worse still the clumsy efforts of the media may just create a backlash energizing the Republicans. So, if you’re going to bet on politics in the US right now Bovada will give you the choices, but only one option.

We take a look at how the available US politics odds have Democrats worried and the mainstream media hysterical.