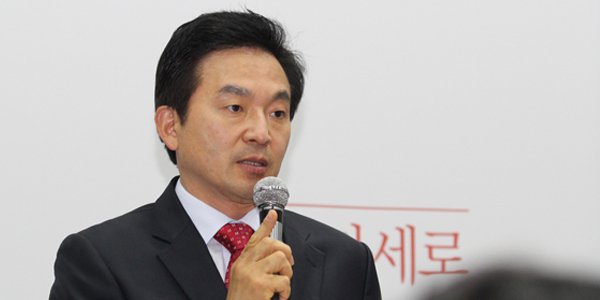 Jeju Island is looking to establish a strict watchdog to supervise the gambling industry, following the example of Singapore.

The southern resort island has developed over the past few years, seeing a rapid surge in real estate investments. The tourism industry has also grown, as thousands of visitors from China come here every year to take advantage of the accommodative visa programs the country has to offer.

But local authorities feel that legislation and taxation policies could use some improvement, which is why the island needs a new authority to revise the current regulations, to supervise the casino industry and to make sure South Korean gambling laws are properly applied.

According to Jeju governor Won Hee-ryong, the role of the new authority will be to revise the taxation policy on casinos, as well as to improve transparency of the gambling industry and boost local economy.

Since taking office in July, Won has been promising to tighten regulations on speculative money. He also took issue with construction authorizations and licenses handed out by his predecessors. The government of South Korea’s Jeju Province has been preparing to create a new regulator to oversee the island’s casino industry. The model officials have chosen is that of Singapore’s Casino Regulatory Authority.

Responsible for handling tax revenues, supervising gambling venues, handing out casino licenses and authorizing new businesses, the regulator would have a major role in encouraging the growing tourism industry. It would also make sure the government takes full advantage of the latest real estate boom, and from the many financial opportunities that arise from it.

During the audit by the Land Infrastructure and Transport Committee, Won said: “We have to first establish an effective regulation and taxation system before starting discussions on whether to open or repeal new casinos.”

Officials said they were considering casino legislation modeled after the Singaporean style. In 2005, after decades of forbidding gambling within its borders, Singapore finally lifted the ban and allowed major investors to open casinos in the country. But the local government has a strict regulatory regime in place, applying a thorough review of all license applications, followed by tough inspections.

While it is clear that they’re looking to make more profit from the growing gambling industry, authorities have not considered regulating online casinos in South Korea. The country’s current legislation allows casinos, but they’re mostly open to tourists. Locals are banned from playing at the country’s 16 foreign-only casinos, but they are allowed to gamble at Kangwon Land in the eastern mining town, a business which is run by the state.

Some local officials are growing concerned over the “reckless development” of the real estate market. This is why lawmakers have urged the province’s government to revise qualifications for new casino operations, as well as to take stricter measures to prevent illegal money transfers in the gambling industry.

“The casino industry needs restructuring to attract sound investment and ensure transparent operations to tackle illegal foreign capital outflow,” Rep. Lee Un-ju of the New Politics Alliance for Democracy (NPAD) said in a statement. “The casino supervisory body proposed by Jeju governor will have to go through consultations with the central government.”

Officials have also expressed concerns over the fact that Chinese nationals have ended up owning more and more land in the region. Lawmakers say the time has come to revise the real estate investment visa system, which was introduced in 2011 and grants permanent residency to anyone who buys property worth $50,000 or more.

“As Chinese investment has sharply grown since 2010, 5.9 million square meters of land, or 43 percent of total land owned by foreigners, is owned by the Chinese,” Rep. Min Hong-chul of the NPAD said. “The investment visa program needs to be improved.”

There are several ongoing development projects waiting to be authorized or finalized on Jeju island, and many of them have been initiated by Chinese companies or joint ventures. These account for about 40% of all projects on the way.

NPAD lawmaker Lee Mi-kyung explained: “Development projects and the local economy are heavily dependent on Chinese funds. The real estate investment visa program may be helpful in bringing foreign capital at the early stage. But now, it is creating bigger social problems, such as causing reckless development and hurting the identity of the local community.”

As a response, Won said he would consider raising the price of the minimum investment needed to qualify for a permanent resident visa. He also promised a more thorough review of the current land development projects.

“We are preparing measures to restrict investment to only accommodation facilities and casinos. The government is pushing to grant residential rights for those who make investment in investment promotion area,” he added.

Politicians have not announced a deadline for the new regulations, but it looks like they will start working on them soon.