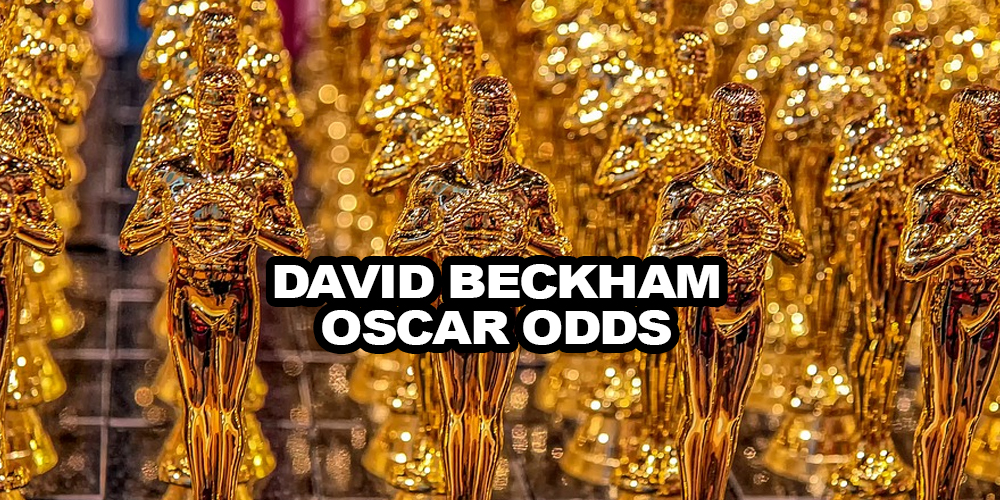 Discover special David Beckham odds on him to win an Academy Award. It does not necessarily mean that the former footballer should take the statuette in one of the acting categories. Beckham can follow Kobe Bryant’s steps and produce an animated film about football – there are plenty of ways of getting an Oscar!

What do you think about David Beckham winning an Academy Award? This suggestion may seem weird at first glance, but is it as impossible as you think about it? There have been athletes, musicians, and other non-filmmakers who received Oscars in various categories. In addition, special David Beckham odds are good, so we are prone to think that the ex-player will get an Academy Award once.

What are special David Beckham odds to win Oscars?

1xBET Sportsbook offers 80.00 odds on David Beckham to win Oscars by 2023. There is plenty of time ahead, so we can come up with all possible arguments why betting on the former Manchester Utd star is reasonable and can be even profitable.

First of all, David Beckham has experience in acting. The ex-player is a big friend of English director Guy Ritchie, who filmed Beckham in his two pictures. The player made one of the best movie cameos as a knight in King Arthur: Legend of the Sword (2017), where Beckham played a small but memorable role of Trigger. Another cameo in Ritchie’s movie was as a projectionist in The Man from U.N.C.L.E. (2015) starring also Henry Cavill and Armie Hammer. Apart from these two films, the ex-footballer appeared in three parts of the Goal franchise (2005-2009).

As Beckham does not play football anymore, he can switch to acting as some other athletes do. Have you heard about Sonja Heine, one of the greatest figure skaters ever? She has successfully combined sports and shooting. At one point, she even became the highest-paid actress in Hollywood, though she has been a figure skating star at first.

Other non-actors who won an Oscar

Apart from acting, there are plenty of other possibilities to win the major film awards in the world. For instance, David Beckham can follow Kobe Bryant’s steps who became the first former professional sportsman to be nominated for the Academy Award and win it. In 2017, the legendary basketball player wrote and produced the animated film Dear Basketball that won an Oscar as the Best Animated Short Film one year later. Special David Beckham odds to win the statuette include a similar scenario too. Why cannot the player produce a short film or animated film about football?

There are also numerous examples of non-actors and non-filmmakers who managed to win an Academy Award. The brightest examples include Kobe Bryant, Cher, Lady Gaga, and Jennifer Hudson. All of them won the top film award in different categories – from producing to acting – and it means that Beckham can do it too! Use online sportsbooks in Ireland to bet on him to win an Oscar by 2023.

Check the list of football players who gamble or used to gamble in their past.