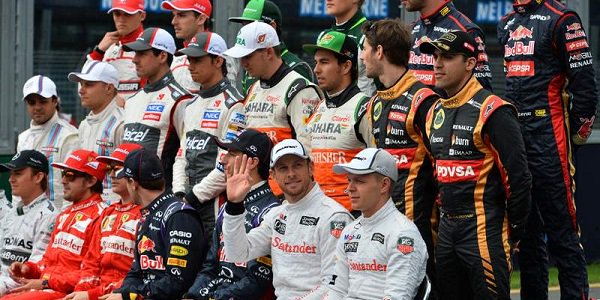 Lewis Hamilton cruised to what, in the end, was a relatively comfortable win in the last race of the season, the Abu Dhabi Grand Prix, and as the sun set over the race, and his season long cut-throat rival Nico Rosberg’s engine slowly imploded, the trials and tribulations of the past 19 outings forgotten as he once again became World Champion, six years after doing it the first time. The relief was manifest not just on his face but on that of all Formula 1.

The rule change that had permitted the insanity of double-points-for-the-last-race had worried many in the sport as being too contrived, a season long favorite pipped at the post by winning one race worth two wasn’t going to do them any favor with the fans that have long been deserted the sport as it became ever more technical and just slightly less exciting. Why watch the rest of the season if it would all come down to the last race anyway?

In 2014 it did precisely that, with Rosberg and Hamilton mathematically not far enough apart for one to have already got the championship in the bag, and it looked set to be a controversial end to the season right up to the point Rosberg’s car failed to function correctly and he slipped down the field and out of the running, his chance at the championship scattered to the wind on the back of a faulty energy recovery system.

Formula 1 has long attempted to make itself more exciting. The small margins of victory, the tiny details that allow one car to perform better than another, so complex and technical that very few of the viewing public find them interesting at all. The introduction of the DRS (drag reduction system) to give cars more of an opportunity to overtake their competitors ahead was specific to making the actual racing more interesting much to the annoyance of purists.

Drivers Get Their Contracts

Beyond all the technical shenanigans and rule changes that the FIA throw around like confetti gambling news of them might invigorate viewing numbers, it is of course the drivers who make the biggest difference to the outcome of a race and a season. Talent like Rosberg’s or Hamilton’s is undeniable and the teams are very careful about who rises from the ranks of the rest of motorsport to sit at the controls of a $10 million Formula 1 racing car, and the choices for 2015 are already being made.

Mercedes who stormed the 2014 season with their two drivers neck-and-neck for most of it at the top of both race results and the championship leaderboard is retaining the team as is, with both the German Rosberg and Brit Hamilton set to line up side by side once again when the show gets back on the road next year. Will they spend more time battling each other than the competition? It remains to be seen but I doubt there’s any love lost between the pair.

Ferrari meanwhile are ditching Fernando Alonso replacing him with Sebastian Vettel who will partner Kimi Raikkonen in what Ferrari will be hoping is a far better season that 2014. Whilst Mercedes can rightfully be said to have the better car, Alonso should really have been able to make a better fist of his time at Ferrari, and it’ll be interesting to see if Vettel can bring to the team some of the success they so badly crave.

Red Bull of course are losing Vettel to Ferrari but rather than, as some had suspected might occur, merely swapping him for Alonso the team have made the ballsy decision to put rookie Daniil Kvyat in the driver seat as a permanent replacement. This puts the young Russian alongside Daniel Ricciardo when the lights go off at the start of the 2015 season with lots to prove and plenty of room in which to do it.

The Prodigal Son Returns To McLaren

Alonso’s return to McLaren, who will once again be being supplied with Honda engines next year, was one of the worst kept secrets in the sport, and instead it was Jenson Button who was left on tenterhooks as to whether he’d get a drive in 2015. Fortunately for him Magnussen was moved into a testing and development role, leaving the actual race seat open to the Brit which perhaps indicates how much McLaren value experience out on the circuit.

Amongst some of the smaller teams far more risks are being taken as they fight for every advantage they could possibly get in the fight against their bigger and richer rivals. Now you might, were you looking for a driver, take to the internet betting in the EU somewhere they’d be a worthy pilot for your F1 team car, but Sauber have been slightly more traditional and gone with Marcus Ericsson who was rescued from Caterham, and Felipe Nasr from the ranks of GP2.

EU gambling laws might be changing but I suspect there’s still a rule somewhere against the sort of gamble Toro Rosso are taking next season with their driver line up only sharing 37 years between them. Carlos Sainz Jr is the son of the rally driving legend of the same name, and Max Verstappen is 17 years old, they’re both rookies, with Sainz coming over from Formula Renault 3.5. Verstappen joined Red Bull junior team from GP3, then after a few months was taken by Mercedes in their driver development program……..six days later Toro Rosso gave him his own F1 car.