Thai Monk Won The Lottery – He Gave It Away For Charity 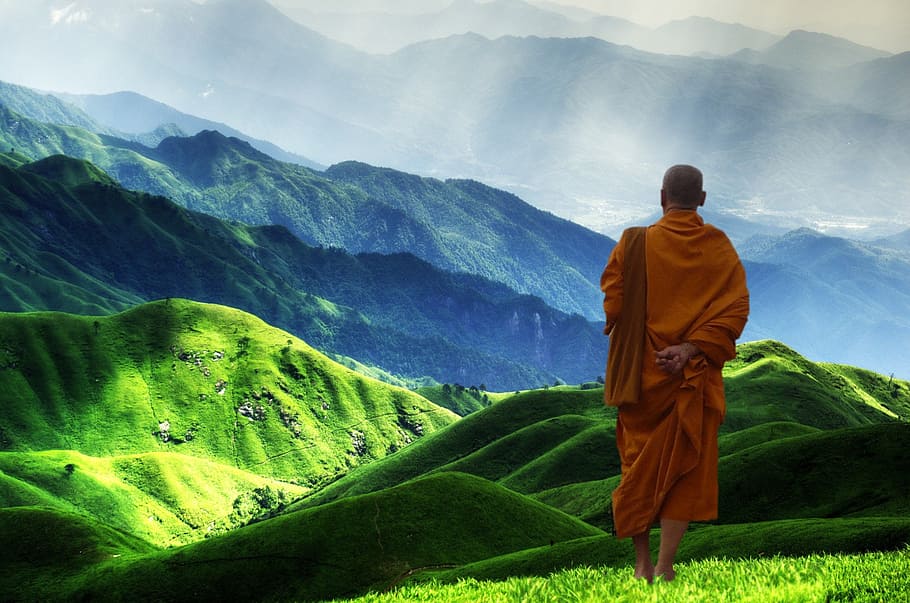 The 47-years old Thai Monk won the lottery and decided to give all of his money away. He was buying three tickets, each was worth 80 baht. Therefore, the vendor asked him to buy the tickets because his business was struggling at the moment. The winning number was 061905, and those were the numbers one out of the three monks had chosen. Was it the doing of The Gods of Gambling? The monk did not share his name with the newsletters, however, we do know that he is a member of the Wat Phra That Phanom Woramahawihan temple. The name of the temple roughly translates to: “The Temple at the Phanom District”. There are no mystical phenomena connected to his selected numbers, so they were likely selected randomly. The Thai monk likely gave away a portion of the money to the lottery seller.

Thai Monk Won The Lottery And Shared The Money

According to Mashable SE Asia, the Thai Monk won the lottery, and he decided to share the money with the local citizens. He won the lottery for THB1.5 million which is roughly worth US$500,000. Therefore, the Monk decided to give all of his winnings away.

Because the money did not belong to him, but according to the monk, it belonged to the angels or the deities of his religion. He was giving away around 500 Baht to everyone who linked up at his charity stand. This is worth a little less than 15 USD. Therefore, if the calculations are correct he was giving away money to 33,333 people. However, the numbers are even more, because he decided to decrease the money given away to 6 USD after he was giving away his first $15.000.

Why Did A Monk Buy A Lottery Ticket?

In our other article called How Do Religions View Gambling, we already discovered that Buddhism doesn’t approve of gambling, therefore the question is valid. Why did a monk decide to buy a lottery ticket? Well, according to Casino.org, the reason why the monk has purchased not only one, but three lottery tickets. Is because he wanted to help out the vendor who was struggling at the time. Therefore, it is an interesting moment when we are talking about theology. Because the Monk did not intend to buy this ticket to receive fame or wealth. More so, because he wanted to help another living and feeling creature out. Therefore, his reasoning is valid, and as we learned, he decided to give his winnings away. Because a Monk doesn’t care about wealth. And during the history of Zen Buddhism, they accepted gifts, but they never encouraged Emperors to build temples.

This Isn’t The First Time This is Happening

Strangely, this isn’t the first time we see news with the title: “Thai monk won the lottery”. For some strange reason, even though religion forbids gambling.  There are several occasions when the monks are buying lottery tickets, or they are caught enjoying gambling or partying. However, this is one exceptional case, where the Monk wasn’t breaking the rules of the religion, and he was doing the right thing to give the money away. This monk’s actions represent what religion is all about, and he is a great example who will one day likely become a master if he isn’t already one.

According to Mothership, the Monk was building up a stand to give the money away to anyone who approached it. People decided to line up properly and wait for their turns to get the money. Therefore, the Thai Monk won the lottery ticket, but in reality, instead, he decided to feed everyone for a day. His actions are a perfect example of how Buddhism views wealth and people.

Because he was probably not spending a single Baht on himself. However, he did give a portion of his winnings away to the Buddhist temple and other religious institutes. But this isn’t a selfish act, because he was just feeding other monks. The money he was giving away for charity, likely didn’t reach him back at all. It is pointless to even question it because Monks are generally living without worrying about money. They need as much as they need to survive.

Where To Gamble Online

If you wish to gamble online, then you should visit theLotter. Because they are offering the best promotions and bonuses for their newly registered users, and those who have already registered. Furthermore, they are one of the most reliable gambling sites to visit, and you can participate in all forms of online gambling under their service. If you are new to BetOnline, please check out our online sportsbook review, and visit our online casino promotions and bonuses to maximize your chances of winning money online. What do you think? Was it a miracle that the Monk won the lottery? Was it just pure luck? Whichever it may be, the Thai monk won the lottery, and he made a noble act by feeding the whole city for a day.