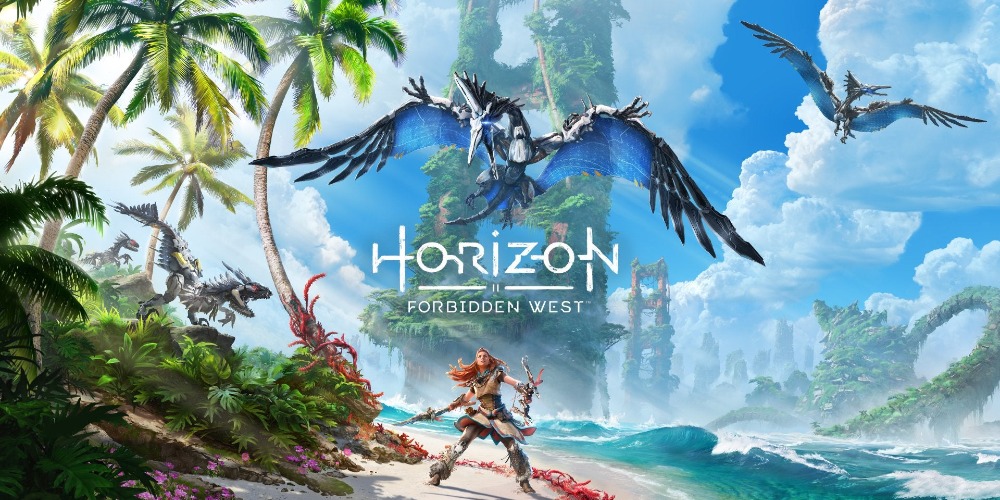 This year promises to give unforgettable emotions from new video games. Several well-known long-term construction projects will reach the release at once – such as S.T.A.L.K.E.R. 2 and Elden Ring. A couple of cult franchises of the past (Bayonetta 3 and Hogwarts Legacy) will return from the abyss of oblivion. And next-generation consoles should fully reveal their potential in games. For this we are waiting for the new God of War: Ragnarök. Believe me, you should add all 10 titles from our list to your wishlist today. Here are the most anticipated PC games of 2022.

The sequel to one of the brightest and most unusual PlayStation exclusives. Armed with the most stylish bow in the world, hunter Aloy is once again ready to take on the mechanized dinosaurs. New dangers await her ahead. According to the developers, Forbidden West will make opponents from other tribes a much more serious threat.

The action of the sequel will unfold in a fantastic version of the US west coast. During the game, the main character will have access to explore not only the wilds of the jungle and the mesmerizing dunes but also the depths of the underwater world: lakes, rivers, and seas. The Guerrilla Games studio once again uses the Decima engine. Given this fact and the capabilities of the PlayStation 5, you can not worry about the quality of the graphics in the sequel. Although, judging by the pre-release materials, the game looks amazing even on the last generation console. If you are a video game lover, online daily fantasy sports in the US like FanTeamoffer a large selection of different games.

The release of the long-suffering sequel to the game about the fight against zombies in the city ruins was repeatedly postponed. Long-term construction, still credited as one of the most anticipated games of 2022 on PC and consoles, will finally make it to release in early February. In the second part of the zombie action, they promise to work out the role-playing elements properly.

The player will often face the need to make decisions that will affect not only the development of the plot  but also the alignment of forces in the world filled with the living dead. Also, during the day it will be easier to move around the city. And at night the zombies will behave much more aggressively and force the player to act more carefully. We hope for the best and look forward to the release!

The spin-off of the looter shooter series Borderlands is waiting for the return of the best features of the main series: whirlwind action, crazy setting, and flexible pumping. For the first time in the franchise, the so-called multi-class system will appear. This will allow players to master the skills of not only their character but also others! Now each build will be truly unique. And it will become even easier to create the most suitable hero for your playing style!

The action of the game will unfold on the field of a fantasy board game with charming and insane Tiny Tina as the host. With the help of a rich arsenal of firearms, players will have to protect cute fairy-tale animals from a cruel and bloodthirsty Dragon. And, as usual, shoot several thousand skulls on the way to the final boss. Adventures in the wonderful world of Tiny Tina is an obvious hit in the most anticipated PC games of 2022.

The long-awaited return of one of the dearest to the heart of the domestic gamer franchises, without which no list in the spirit of “the most anticipated games of 2022” can do. S.T.A.L.K.E.R. 2 will return players to the Chernobyl exclusion zone, which has changed a lot since the release of the last “stalker” years. Technology has stepped forward, and this could not but affect the development of the game world. The zone will stretch over 64 square kilometers filled with dangerous anomalies, monstrous mutants, and valuable artifacts.

We don’t know much about the game’s plot yet. But judging by the developers’ subtle hints, fans of the franchise can expect familiar themes and references to previous installments from the script. The main character will be a veteran stalker, who finds a new way to influence the Zone.

Without a doubt, we are waiting for side quests, lamp gatherings around the fire, and the incomparable atmosphere of post-Soviet life … It remains only to wait for the cherished release date! Check out the online daily fantasy sports sites in the US for the release date of all the upcoming video games. And enjoy your games in FanTeam where you can find the best odds for all the games.

The relaunch of the wildest open-world game series is a dark horse that still deserves to be among the most anticipated PC games of 2022. On the one hand, the Volition studio has long proved that it knows a lot about creating fun sandboxes filled with bright content. And its trademark sense of humor has not yet misfired. On the other hand, the creative rethinking of the popular franchise raises certain concerns. The new characters in the trailers seem like a pale shadow of the old Saints team.

But at least with the gameplay, the new Saints Row seems to be in full order. Arcade shooters from trailers look like fun, relaxed entertainment – exactly what you expect from this franchise. And flying over the city in a wingsuit is naturally breathtaking. So the project has a chance to become one of the most pleasant surprises of 2022.

The main gift for fans of “Harry Potter” is the first large-scale game based on their favorite fairy-tale universe in many years, and even in the RPG genre! This is already enough to make “Hogwarts Legacy” in the most anticipated new games in 2022. The project will be a prequel to the story of a boy who survived and will send players to the school of witchcraft and wizardry of the 19th century. Of the known locations, in addition to the Gothic castle, at least the Forbidden Forest and Hogsmeade Village are declared.

Information about the Hogwarts Legacy is currently kept in the strictest confidence. So far, not a single gameplay video has been presented. And the plot has not been disclosed either. It is known that players will be able to create their character, learn various spells, brew potions, and tame fantastic beasts. In addition, in the course of the passage, you will have to make a moral choice from time to time. Who knows, maybe they will even let us play the role of a villain? If only they had not been identified in Hufflepuff!

While the first part of the reboot of the God of War franchise is being credited as one of the most anticipated PC games of 2022, console players are already gearing up for the second coming. Fortunately, the continuation of the story of the God-fighter Kratos and his adopted son Atreus is in safe hands. Sony Santa Monica studio and game designer Cory Barlog are back in business!

Ragnarök will be the end of the Nordic saga in the history of the franchise. Players are waiting for new battles with gigantic bosses and dramatic plot twists. Of the familiar faces, in addition to the inseparable father and son, Freya and Mimir are declared. They replenished the ensemble of characters by Thor, Tyr, and Angrboda. And those who have already completed the first part are aware that the main trickster of Scandinavian mythology, the god Loki, should appear in the sequel in one form or another. When these guys come together, bloodshed is inevitable. No wonder because “Ragnarok” means the death of the gods!

The Legend of Zelda: Breath of the Wild 2

Undoubtedly, Nintendo’s biggest asset is the sequel to one of the best open-world games of all time. The developers have not yet spoiled the fans with the details of the plot, and the minute-long gameplay trailer does not reveal too much. But one thing is clear for sure: in comparison with the first part, the game will add in verticality.

​​In Breath of the Wild 2, Link will be able to take his glider to the very skies of Hyrule and travel through islands hovering in the air. In addition, the hero will learn to manipulate time and pass through walls. And almost certainly we will have another battle with the source of all troubles in the fabulous lands, Ganondorf. Don’t miss one of the biggest adventures of the year!

Most Anticipated PC Games in 2022: Bayonetta 3

Another obvious contender for getting into the most anticipated games on the Nintendo Switch. The enchanting witch Bayonetta returns in a new action game from genre master and Devil May Cry creator Hideki Kamiya! Fans of the franchise had to wait for a prequel for almost ten years. According to the trailers, new fights with monsters look quite dynamic. Bayonetta did not forget to grab four trusty pistols. She skillfully shoots not only with her hands but also with her feet. But new tricks will appear in the heroine’s arsenal. With the help of magical tattoos, she will be able to summon friendly monsters on the battlefield that do not leave wet spots from opponents. Get ready to hit combos of hundreds of hits and wipe your joy-cons to dust!