The Best Betting Odds for Jake Paul vs Tyron Woodley 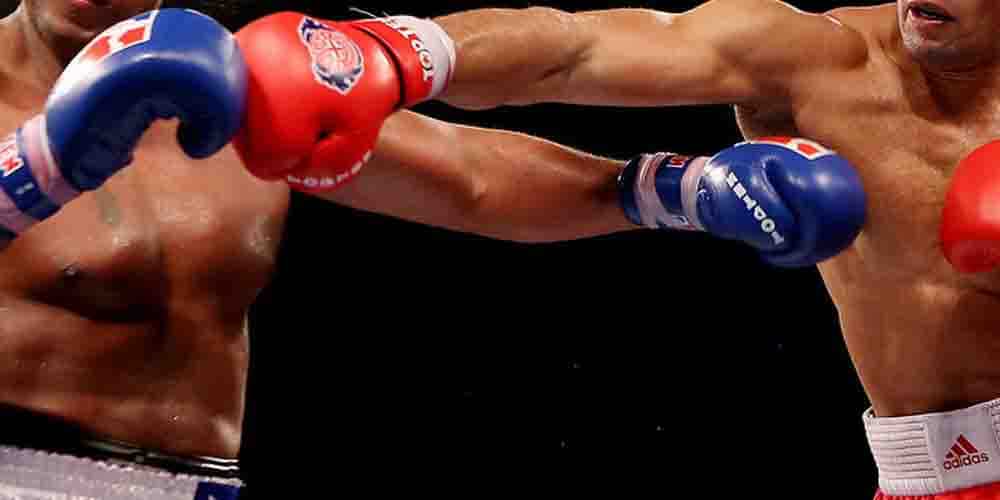 In this article, we will provide for you the best betting odds for Jake Paul vs Tyron Woodley. This will certainly be an interesting fight for several reasons. For instance, the storyline behind Jake Paul getting into boxing and Woodley avenging the loss of his friend is an attractive idea. Additionally, the different backgrounds of each fighter makes you anticipate the outcome of this fight. Jake Paul has recently got into boxing, while Woodley is a season mixed martial artist. This means that Paul has been practicing boxing for a while now. On the other hand, Woodley has never stepped into the ring and will be relying on his MMA experience to get him the victory. Being such an interesting fight, bookies have published several interesting betting options. Make sure not to miss out on them and place your predictions!

Jake Paul made his professional boxing debut back in December of 2019 against AnEsonGib. The American YouTuber produced an impressive performance after a TKO win in the first round of the fight. Since then, Jake Paul made two more appearances inside the boxing ring against Nate Robinson and Ben Askren finishing both via KO. The win against Ben Askren, who is a former Bellator and ONE Welterweight Champion, was certainly the biggest of his career. This even sparked outrage in the MMA community as Jake taunted them on several occasions. With a record of 3 wins and 0 losses in boxing, Jake Paul started calling out many of the biggest stars in the UFC including Conor McGregor and even got into a heated argument with Daniel Cormier.

One of the names that Jake Paul got into a heated altercation with is former welterweight champion Tyron Woodley. As Jake was preparing for his fight with Ben Askren in the dressing room, he and his team had some back-and-forth argument with Tyron Woodley. Additionally, the former welterweight champion is good friends with Ben Askren, so the story of him avenging his friend made a lot of sense. The two are now preparing to step into the ring on August 30. Therefore, we will provide you with the best betting odds for Jake Paul vs Tyron Woodley that will win you a lot of money.

Tyron Woodley is a former welterweight champion at the UFC. He is certainly one of the greatest fighters in the history of the welterweight division. Woodley retired from MMA with a record of 19 wins and 7 losses. Throughout his impressive career, the American mixed martial artist has fought and successfully defended his title a total of 5 times. He holds wins against some of the best in the division including Damian Maia, Darren Till, Robbie Lawler, and many more. However, he has not won a fight since March of 2019 and is currently on a 4-fight losing streak. Therefore, his skills and speed are not as sharp as they used to be. Additionally, his confidence is certainly compromised with those losses.

When making predictions for the outcome of this fight, the physical and mental state of the former champion should be considered. Additionally, Woodley has never fought in a boxing ring at the professional level. However, he has gotten into so many fights inside the octagon which will certainly help him to quickly adapt to any situation inside the ring. With this in mind, let us discuss the best betting odds for Jake Paul vs Tyron Woodley, and how the two match up in a boxing ring.

Looking at the skills of each fighter, it seems that Jake Paul has a slight edge over his opponent. The American YouTuber has been practicing boxing for a long time now and has already registered 3 professional wins. Additionally, he has shown that he has excellent boxing skills and footwork. He throws good combinations and is able to keep himself out of danger. His last win against Askren has shown that he even has the power in his hand to knock out a former MMA champion. Keep in mind that before the Jake Paul fight, Ben Askren was only knocked out once in his entire MMA career. Therefore, Paul made a statement during that fight, and his power should not be underestimated. However, Woodley will be a much tougher opponent as he is a much better striker.

Tyron Woodley was notorious for his powerful overhand right that would put anyone to sleep. Out of his 19 professional wins, “The Chosen One” holds a record of 7 wins via knockout. Additionally, he comes from a background in wrestling and holds a black belt in jiu-jitsu. Unfortunately for him, he will not be able to use his best weapons since this is a boxing match. As a result, the best betting odds for Jake Paul vs Tyron Woodley have him open as a slight underdog. However, with the power he possesses in his hands, Woodley will certainly try and blitz his opponent.

The Best Betting Odds for Jake Paul vs Tyron Woodley

A crossover fight between a boxer and a mixed martial artist will always be interesting. Additionally, with the back story of the fight between Jake Paul and Tyron Woodley, fans are anticipating this fight with excitement. Media outlets have also been talking about this match for a long time now. With the fight almost a month away, bookies and online sportsbook sites in the United States are providing you with the best betting odds for Jake Paul vs Tyron Woodley. At 22BET Sportsbook, the betting odds for Jake Paul to win over the former UFC champion are 1.832, while the odds for Woodley to win are 2.128. Additionally, if you predict a majority draw happening then your odds are 16.00.

In addition to the winner odds, 22BET Sportsbook offers you several other options in its betting odds for Jake Paul vs Tyron Woodley. For instance, you can bet on the round that the fight will finish at, or bet on it going the full distance. For instance, the betting odds for the fight to extend to all eight rounds are 7.00, while the odds of it not going the full distance are 1.07. Additionally, the betting odds for Jake Paul to win via decision are 10.00, while Woodley’s odds are 15.00. All in all, you will find several options to choose from, so make sure not to miss them!

I hope Woodley wins. The Logan boys are not real elite fighters but rather they are entertainers making money off of staged events.