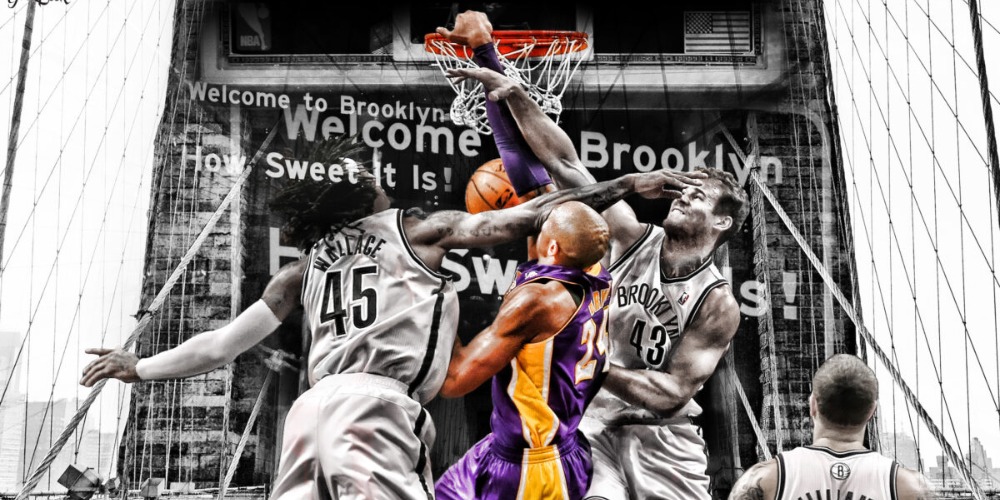 Each team has now played more than 75 games this season, meaning the playoffs are very close. For the majority, there are only five or six games left to reach a total of 82. The playoffs are set to begin in about two weeks, on April 16 but there’s still time to have fun with regular-season daily fantasy basketball. In this article we’re going to list the best NBA DFS picks for the week of April 4-10. Taking into consideration the players’ recent performances and forms, their price isn’t going to be low but they are all worth it.

We’re already in April and that means one thing for the NBA. Teams who haven’t secured a playoff spot yet will fight for their lives over the next two weeks. As of April 1st, the teams with a clinched playoff spot in the West are the Suns, Grizzlies, and Mavericks. As for the East, the Miami Heat is the sole team with a playoff spot right now. The competition couldn’t be any tighter in the East so expect the Bucks, Celtics, 76ers, and Bulls to join them in the coming days. Things are a bit different in the West as the first two seeds will retain their positions over the rest of the conference. Within traditional terms, everyone from 1st seed Phoenix to 7th seed Minnesota should get into the playoffs. Let us shortly explain this year’s play-in tournament before getting into the DFS picks.

If you haven’t heard about the play-in tournament you should know that a good portion of NBA fans hate it. It will take place directly before the playoffs begin, between April 12 and 15. The tournament will include the teams with the 7th through the 10th best winning percentages from both conferences. This can be both good and bad. It’s good because it gives lower-seed teams another chance to get into the playoffs.

Here’s how the tournament would look if it started based on April 1 standings. Let’s start with the Western Conference first. The 7th seed Timberwolves would host the 8th seed Clippers. The winner, for example, Minnesota, takes the 7th playoff spot and goes up against the Grizzlies, yikes. Then for the 8th spot, the Pelicans would host the Spurs. Let’s say the Spurs advance here and they’d have to beat the Clippers for the 8th spot against a scary Phoenix. In the East, it would be Cleveland against Brooklyn for the 7th spot. Charlotte and Atlanta battle it out as the 9th and 10th seeds. For example, the Nets and Hornets then play for the 8th spot. The structure isn’t that complicated but it’s understandable how so many dislike it. Let’s move on to the best NBA DFS picks for April 4-10.

Nikola Jokić is the Most Expensive NBA DFS Pick

Nikola Jokić of the Denver Nuggets is one of the best DFS picks ever, period. He’s every fantasy basketball manager’s dream big man. According to the latest online daily fantasy sports news in Spain, he’s also one of the more expensive picks. As of April 1, the Nuggets are 46-31 with five games left, four of which are home games.

Their key to success? The Joker. Jokić has led the team in all major categories in most of their games this season and is also a top 3 MVP candidate. With three crucial games next week, he’s sure to put up stellar performances. His FanTeam salary is usually around $17.5 which makes him one of the pricier picks. The good thing is that he makes up for this as he has the highest fantasy points averages with around 60.0 through the season.

The Joker’s fantasy points average across Denver’s last five games is between 69.5 and 70.0, depending on the site you’re using. Why should you pick him up between April 4 and 10? Because they’re playing against the Spurs, Grizzlies, and Lakers. The only real challenge should be against Memphis, who beat them three times already this season. Denver’s success deserves recognition because they achieved all this without Jamal Murray, the Robin to Jokic’s Batman. So if you want to go all-in, put Jokić on your roster, you won’t regret it. He’s pricey, but he’s worth it.

To no one’s surprise, Embiid is the counterpart of Jokić in the East. The two best big men in the league might be the two best overall too. Just remember Philly’s early-season struggles. Thanks to Joel Embiid’s MVP performance, the 76ers are 46-30 as of April 1.

Despite a tough Eastern Conference and a three-game losing streak, they’re still in a respectable 4th seed. Embiid cracked the MVP top 10 before the All-Star break while moving up five spots in the race. Today he’s number one but Jokić and Giannis are right behind him. Philadelphia has six games left of the season, three of which will be on home court. Embiid could be an extremely valuable DFS pick as four of those games will be between April 4 and 10. The question is, do you trust the Process?

Embiid’s recent FanTeam salaries sit around 16.5, making him a slightly cheaper option than Jokić. He’s averaging around 53.0 FPP throughout the season but he’s still going upwards. Across the 76ers’ last five games, Embiid’s averaging between 58.0 and 58.5 FPP. Along with the MVP, he also has the chance to win the scoring title as he’s averaging 30.0 PPG. LeBron and Giannis are tied in 1st place with 30.1 PPG. One minor mistake from any of them, and the race could be over. Philly’s last four games of the season are against Indiana (twice), Toronto, and Detroit. They recently lost against both the Raptors and Pistons so let’s hope they can learn from their mistakes. According to recent news, Philly head coach Doc Rivers called out James Harden after their loss to Detroit. They better resolve things quickly because the playoffs are right around the corner.

Giannis has been a top player in the league for a while now. A 2-time MVP and last year’s NBA champion, he’s always a top candidate for the major awards. The Bucks went 11-3 in March and hold the 2nd seed in the East with a 48-28 record, as of April 1.

Whether it’s FanTeam or any other online DFS site in Spain, Giannis is a must-have. With a fantasy salary of around 16.9, you know people expect big numbers from him. The Greek Freak is averaging nearly 57.0 FPP this season and just like the others on this list, his recent performances have only been better. He missed one game out of Milwaukee’s last five but he averaged 64.75 FPP in the four that he’s played in. He also recently got the better of both Joel Embiid and Kevin Durant, as the Bucks beat both teams.

The issue is that Milwaukee’s remaining games will be no cakewalk. Six games, three at home, and their opponents include Dallas, Chicago, Boston, and Cleveland. There’s no clear edge over any of these teams so these games should be entertaining, to say the least. Between April 4 and 10 the Bucks will have four games. Giannis is always in high demand so you should pick him up if you can, especially if he’s available. He’s also third in the MVP race and tied 1st for the scoring title. His fantasy points projections are nearing 60.0 most of the time so he’s just as good of a pick as Jokić or Embiid. Even if you choose to have an automatically generated fantasy lineup make sure to keep an eye on Giannis and try to add him to your roster. He’s one of the best NBA DFS picks for April 4-10.

Luka Doncic is carrying Dallas straight into the playoffs

When the season started nobody expected the Dallas Mavericks to finish this high. The Mavs officially clinched a playoff spot earlier this week and avoided the play-in tournament. With only five games remaining on their schedule there’s no chance of catching up to Memphis or Phoenix.

What they can do is to hold on to that 3rd seed, or at least try. In those five remaining regular-season games they will face Washington, Milwaukee, Detroit, Portland, and San Antonio. No offense to any of them but their biggest concern is the Bucks. But even so, by avoiding the play-in tournament they should be good to go. Let’s look into fantasy numbers and what Luka’s $15-$16 FanTeam salary can get you. Throughout the season, Doncic is averaging around 52.0 FPP but he’s third in overall points among point guards. Dejounte Murray and Trae Young are first and second.

When it comes to recent performances, Luka’s been putting up numbers. He missed one out of the last five but averaged 63.5 FPP in the other four games. In March, the Mavericks are 12-4, which is a very good record. The NBA can be especially entertaining in its later months when teams go all-in to try to earn a playoff spot. Dallas is one of those entertaining teams. Luka’s fantasy projections might not be as high as the previous three in this article but he’s worth every single penny. Indeed, the Mavs will only have three games between April 4 and 10 but Doncic is a must-have for daily fantasy games. He’s one of the best point guards and players in the league. We can’t wait to see what he can do in the playoffs this year.

The Cheapest On The List, But One Of The Best NBA DFS Picks For April 4-10 is Trae Young

Here’s the exact reason why you should consider picking up Trae Young for next week. As of April 1, the Hawks are in the 10th seed in the Eastern Conference. Their record is 40-37, tied with the Nets and Hornets. Their current four-game winning streak is also a sign that they are aiming for that “7-8 game” matchup in the play-in tournament.

Cleveland occupies the 7th seed in the East but they stumbled a bit as Atlanta beat them badly on April 1st. They have five games remaining of the season and all five will be crucial to their playoff hopes. Brooklyn, Toronto, and Miami will be extremely important but the Washington and Houston games could cause some trouble as well. The remaining days of the regular season will be nerve-racking as three teams in the East sit on a .519 record. Toronto and Cleveland aren’t exactly safe either.

Ice Trae has an average FanTeam salary of around 15.5 which makes him the cheapest pick on this list. But don’t let this fool you. He got that nickname for a reason and his fantasy points projections are above 50.0 as well. When it comes to the whole season, he’s averaging 48.4 FPP. In the Hawks’ last five games, that average has been 57.2 FPP. He’s also on 99% of fantasy rosters. The thing is, Young has plenty of help in the form of Capela and Bogdanovic. They have four games next week, which makes the fourth-year point guard one of the best NBA DFS picks for April 4-10. The best thing about this competition is also the worst. The playoffs won’t include all of KD and Kyrie, Trae Young, LaMelo Ball, the Raptors, or the super-talented young core of Cleveland. They can’t all get in.