The Gambling Industry is Going Nowhere in Yemen

There are many benefits to gambling both on and offline, for example, it’s a thrilling pastime and governments can take advantage of 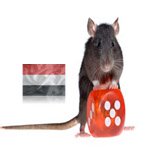 There are many benefits to gambling both on and offline, for example, it’s a thrilling pastime and governments can take advantage of a constant revenue stream that can be put to use for social benefits. Unfortunately, there are some nations in which this concept is absolutely beyond possibility.

One such nation is Yemen. Yemeni gambling laws, like any other types of law in the country, are based on the laws of Islam, being that Yemen is a Muslim nation. Islam prohibits gambling, saying that the belief in lucks distances gamblers from God.
As most of the society is composed of practicing Muslims, the lack of casinos, sportsbooks, bingo halls, poker rooms, and lotteries is not regarded as a reason for grief. The few citizens that do feel that undeniable urge to gamble prove true the saying, “where there’s a will, there’s a way.”
There are two methods through which gambling Yemeni can resolve their problem; they can turn to the illegal, underground gambling industry or they can go to online casinos in Yemen. Both of these options are frowned upon by the general public, but internet gambling is not explicitly illegal as is the case with the underground facilities.
Though the demand for internet gambling in Yemen is not very high, there’s still a large quantity of online casinos that welcome Yemeni gamblers and make the process quick and simple on their behalf. As they are based in foreign countries where online gambling is legal, the Yemeni government has no jurisdiction over them.