The Garcia vs. Broner Odds Are Set – Who Are You Picking? 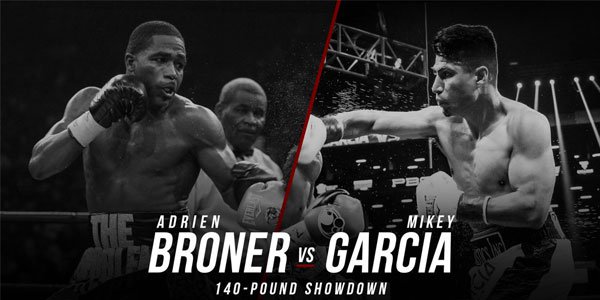 Boxing fans in the UK now have access to the Garcia vs. Broner odds at Paddy Power, and you might be surprised to see who’s coming in as the underdog.

Adrien Broner was seen by many as a potential superstar during his rise in 2012. He managed to capture three separate world titles during this time, and defeated a number of notable fighters including Gavin Rees and Paulie Malignaggi. Tough losses to Marcos Maidana and Shawn Porter left some boxing betting experts to wonder if his time at the top had ended, but he’s since recorded 3 straight wins, most recently over Adrian Granados.

Mikey Garcia may not have the same name recognition as Broner, but hardcore fans know just how talented this California knockout artist is. He holds a perfect 36-0 record in boxing, with 30 of those victories coming by KO. A win over Adrian would likely earn him a marquee fight with someone in the pound for pound rankings.

This may not be entirely surprising to diehard boxing fans, but the Garcia vs. Broner odds are leaning heavily in favor of Mikey. He’s looked virtually unstoppable as of late, with 9 stoppages in his past 10 fights. Nearly all online sportsbooks in the UK have Garcia as the huge boxing betting favorite, including Paddy Power, which lists his odds to beat Broner at 1/5.

Broner has the kind of style that can give anyone problems, but he’s lost some key fights in his career which may be an indication that he struggles when the lights are brightest. If he can make UK gambling news with the upset victory here he’ll be back where he was 5 years ago, but the boxing oddsmakers aren’t giving him much of a shot with odds of 7/2.

What do you think of the Garcia vs. Broner odds? Will the underdog pull off the upset and prove he’s still one of the best in the world? Tell us what you think in the comment section below, and head to Paddy Power to find a full list of 2017 boxing betting odds.