The History of Doping in Sports

News >The History of Doping in Sports 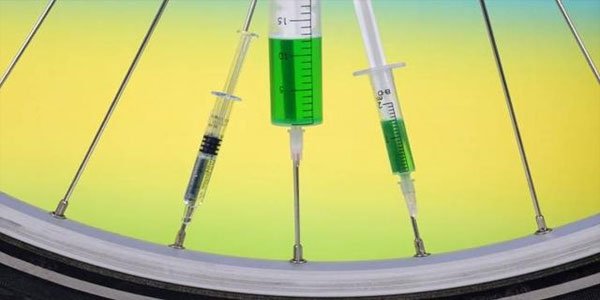 The history of doping in sports is going back to ancient times. Even then there were athletes who would do anything for success which led them to the use of illegal substances. In the modern era, new techniques and drugs have appeared. Unfortunately, several athletes can’t resist the temptation of their use in the hope of reaching the top.

Doping is not a new phenomenon, it was present at an early stage of history. But it has only become more common in the 1970s, 80s. It was significant in some specific sports, like weightlifting or cycling, read about the latest scandal here. But field athletes and even swimmers were using forbidden substances as well. Nowadays more and more efforts are being done to wipe it out. But often it feels like anti-doping agencies are always one step behind. Just think about the Russian doping system, where the state was sponsoring the whole thing which we will discuss later.

The history of doping in sports has started in ancient times

In Ancient Greece, athletes have already tried to increase their performance at the Olympics with special diets including figs, sesame seeds, wine, and brandy. They also thought that eating animal organs would bring strength and vitality. In Rome, gladiators tried to use some stimulants to overcome pain. But a real boom in doping has only started in the 19th century, with the widening knowledge of modern medicine. At this time the use of hormones or stimulants was still not that normal. On some occasions hey helped athletes in long-distance events like walking and cycling.

The appearance of more serious substances

At the beginning of the 20th century, dangerous combinations of different drugs, brandy, and cocaine were in fashion. It gave the edge to the athletes, in case they survived the mixtures. Then during the Cold War sport has become another fighting field. Both sides, the USA and USSR were trying to defeat the other in every discipline. The most successful system of doping was working in East Germany though where every athlete received anabolic steroids from a very young age. But surprise surprise, no East German athlete has tested positive for drugs on the Olympics.

The most affected sport: cycling

Doping scandals have always overshadowed cycling from the very beginning. Most of the riders and team members felt like having something extra could boost their performance in long races. The list of riders got caught in doping is endless, from Marco Pantani to Floyd Landis.  But the biggest name, without a doubt,  is Lance Armstrong. In 1998 the whole Festina team was banned from the Tour de France after a large amount of performance increasing drugs were discovered in the team’s car.

Of course, the fall of Lance Armstrong, who managed to win the Tour a record seven times, was one of the biggest scandals in the history of doping in sports. In 2012 he lost his titles, which was a very disappointing end of a fairytale. As Armstrong came back from cancer, everyone, even online sportsbooks in the US thought he was a modern age superhero, but he was just a cheat. There hasn’t been any recent Tour winner under suspicion, so make a bet on this year’s winners at 1xBet.

The other popular sport, where top athletes have been caught in doping, is athletics. Taking steroids as a shot putter or hammer thrower was almost normal in the 1960s, 70s until steroids were banned in 1976. After new drugs emerged, but at the same time,  more and more cases were getting the spotlight. Like Ben Johnson’s case in 1988 when he lost his Olympic title after a positive test but was getting it back in 2003 as the number of drugs in his blood wasn’t enough for doping in 2003. Very interesting how things can change.

Online sportsbook news in the US published the latest about America’s favorite, Olympic winner Marion Jones, after she tested positive for a new designer steroid, THG. Certainly, she wasn’t the only one using it, but she was one of the most famous athletes to get caught with it. A very tight race is expected in the next Olympic Games this summer as well, hopefully, without any positive doping tests, find all the odds at 1xBet.

Ban of the Russian athletes

Everything you have been reading about so far has come together in Russia, where doping has had a long history. Starting from the USSR era, taking steroids and other banned substances was part of being an athlete. It was covered by the state. Besides the secret police, the KGB was also helping in getting rid of the evidence. But sadly the bad habit of doping didn’t stop after the Soviet era. Bigger issues started in 2008 and only got worse until 2016 when all Russian track and field athletes were banned from the Olympics. But it wasn’t the end of it, as Russian authorities were still not cooperating with WADA, the World Anti-Doping Agency. In the end, Russia was banned from any major sports events in the next four years including the 2020 Tokyo Olympics and 2022 Football World Cup.

Well, many say they have it coming, and it was the right decision. Others feel sorry for the clean athletes, who can only compete now under a neutral flag. The decision is not final yet, as Russian President Vladimir Putin has appealed against it, but the odds of completely canceling the decision has high odds, 5.80 at 1xBet. While keeping it has the odds of only 1.1 at the site. To know more about different betting options, read our latest review about 1xBet sportsbook.