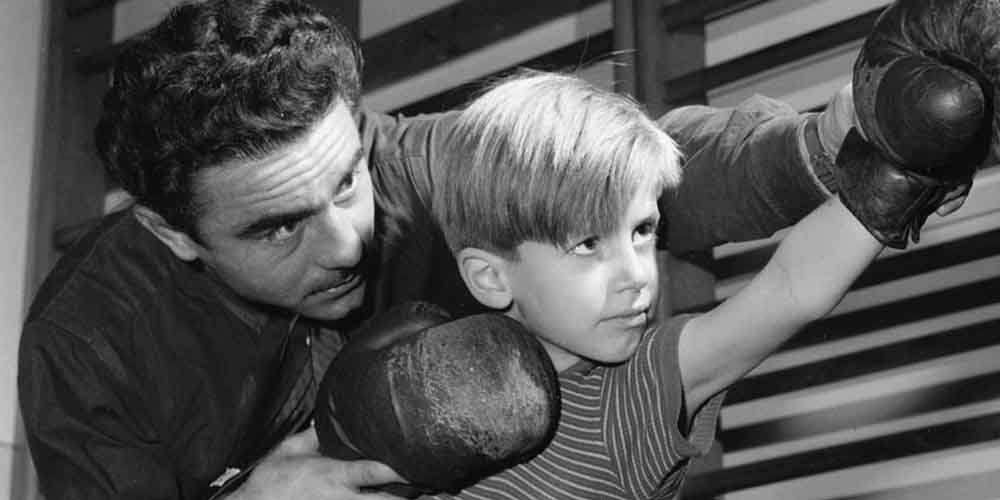 Boxing is a widespread sport all around the world. Many boxing legends are coming from different countries, and Hungary is no exception. If you are a Hungarian who happens to enjoy mixed martial arts, then the name of Papp Laci is likely nothing new to you. In this article, we are going to review the life and career of the Hungarian boxing legend.

There are many names Hungary can be proud of when it comes to sports. We have Kincsem for our horse racing. A different type of legendary horse is Vizicsacsi, our esport champion. But those are not the only sports Hungarians are good at. Thanks to Papp Laci, we can also claim to be good at boxing. No wonder why online sportsbook sites in Hungary are invested in allowing bets for mixed martial arts and boxing. But who is Papp Laci? Let’s review the Hungarian boxing legend.

Papp László, or as most people refer to him as “Papp Laci” was born in 1926. He was a good boy, who helped his family. Mostly assisting the small shop of his mother, and helping out in the physical work around the business and home. According to Papplaszlo.hu, he was learning how to box thanks to his father. Because he brought him to boxing matches, while also teaching him how to play the violin. While he was talented, he did not pursue anything serious regarding music. He was mostly interested in soccer and boxing. At first, he gave up on boxing after a defeat. But after the Second World War, he decided to make a new attempt at his career. The opponent of Bicsák did not show up to their match. Because of that, they called Papp Laci in against him. And that night, Bicsák decided to forfeit.

Bicsák was the Hungarian champion at the time. His talent allowed him to make the Hungarian boxing legend forfeit. Therefore his incoming professional career was inevitable. It did not take too long for him to get into the 1948 Summer Olympics. This event was the most important out of all. He was defeating opponent after opponent. He defeated five opponents without losing a single round. Collecting ten victories in a row, by beating John Wright from England to 3-0. That summer he received his first gold medal. It is good to note that Papp Laci is left-handed, which is considered an oddity. His record was 301-12-6. Scoring 55 knockouts crowned his career.

His career as the Hungarian boxing legend

The Hungarian boxing legend did not stop after 1948. In the 1952 Olympics hosted in Finland, he replicated his previous matches. Once again, he did not lose a single match. He started his first two matches by knocking his opponents out. More than half of his career’s matches resulted in a knockout. His career was not an easy run. Back then, Hungary was not allowing professional boxing, so he had to travel to Vienna to train. The traveling made him be at a disadvantage several times. However, despite the hardships, he did not stand back. He attended the Olympics in 1956, and he won a triple gold medal. Being the only triple gold boxer of our history. This is how he became the Hungarian boxing legend.

Retiring with no losses

Papp Laci only lost one match in his three appearances at the Olympics. One of the few who retired with barely any losses. He only lost one match against his final opponent, José Torrez. Before retiring fully, he did participate in several other matches. These are worthy mentions, as they contributed to his path on becoming such a legendary boxer. Because he was winning matches against other legends, such as Tiger Johnes, or Randy Sandy. He was heading to the World Championship, however Hungary at that time, did not allow professional boxing. Because of that, they denied his visa, and his career came to an end with him retiring. After his retirement, he spent the rest of his life as a boxing trainer. He and his partner, Adler have invented an entirely new approach to boxing training for Hungary. They personalized the training, and they expected the aspiring trainees to behave like boxing champions, even in their private lives. Today this is a common practice, called “professional coaching”. But back then this type of training wasn’t popular. This only proves how Papp Laci was ahead of his own time.

The death of the Hungarian boxing legend

According to HVG, the Hungarian boxing legend died in 2003, October 16. He was 78 years old. Before his death, he made several attempts at bettering Hungarian boxing. He opened his boxing school, which unfortunately had to be closed due to the lack of monetary support. Nonetheless, his name is forever going to live in the minds of Hungarians, and the fans of this sport. The famous Hungarian multifunctional arena, the ‘Papp László Sportaréna’ is named after him. And for any musician or sportsman to perform inside of that arena, is considered to be the most prestigious thing. People can hear his name every time they step onto Metro-line 2, as the arena is also a major public transport station.May the undefeated, three-time Olympic champion rest in peace.

While Papp Laci is irreplaceable, it is undeniable that sooner or later, someone is going to have similar achievements. You can follow any type of boxing. From professional leagues to amateur matches. And by becoming a boxing fan, you can also win money. All you have to do is to visit 22BET Sportsbook and place your bets. There are many different factors in this sport you can gamble with. You may predict whether a match will result in K.O or not. The flat victor of the match. Or the scores. What do you think? Who will be the next Hungarian boxing legend?