The Odds On Donald Trump Winning In 2024 Shorten Anyway 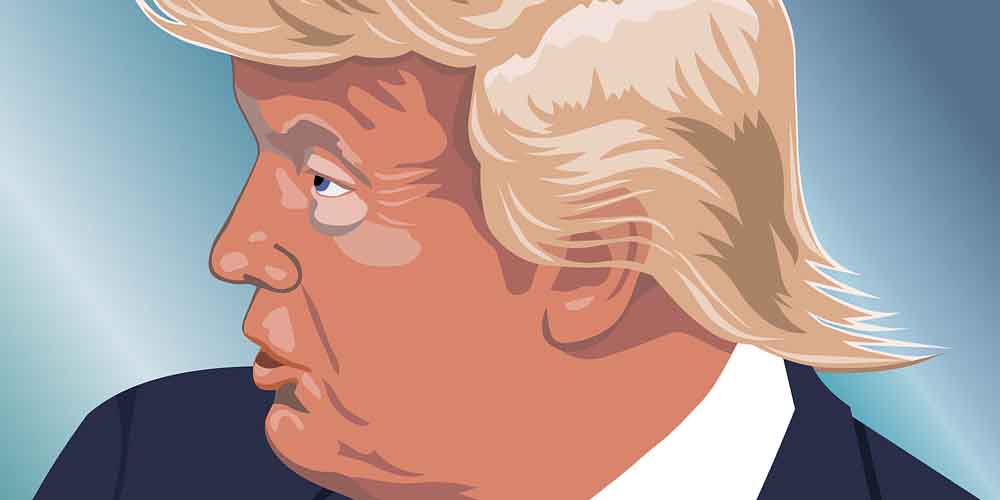 They’re not telling us something. With all that’s going on you’d think the odds on Donald Trump returning to the White House would be astronomical. However online betting sites in the US like Bovada are actually dropping their prices on the former President. So does he really stand a chance at getting re-elected? Or is this just the online bookies in the US dangling hope before the massed ranks of misguided Trump supporters? Realistic hope or emotional echo? We take a look.

Finally, Joe Biden caught a break. Scaling back his plans, he managed to get the Infrastructure bill through congress. Albeit at on a far smaller scale that he had wished for. Whether the Democrats will find that enough to stave off massive midterm losses is debatable. However, it is definitely a step forward, which makes the odds on Donald Trump all the more strange. Donald Trump, one of the most divisive presidents in history, is favorite to win the White House in 2024.

Now many people will explain away the odds on Donald Trump as an obvious reflection of Joe Biden’s popularity. Or lack thereof. Democrats fighting amongst themselves really didn’t look good. Your own party blocking your policies never impresses voters. Some Democrats even question if the party should still bet on Joe Biden, or Kamala Harris, come 2024. Online sportsbook sites in the US like Bovada now barely give the sitting President a long 5/1 to win.

Is Joe Biden Asleep At The Wheel?

That’s quite shocking. Just not as shocking as the odds on Donald Trump tightening up quite so much in response. Sure, there are many Americans who will bet on Donald Trump to win the election. But do the Republican Party number amongst them? Numerous members voted with Democrats on the infrastructure bill earning them the ire of the former President. Naturally, you can bet on Donald Trump to make his feelings clear, and he did. But Republicans are realists.

Of course, the odds on Donald Trump supporting a Democratic bill in any way shape or form were silly numbers. He games the system not plays the game. That’s why you can bet on the Republicans thinking long and hard before nominating him again. Especially as Democrats continue to question his allies as to his involvement in the January 6th coup attempt. Naturally, anyone in the US gambling laws would make that easy should think again. Trump is suing.

Bovada Has All The Odds On Donald Trump

Donald Trump believes records from his time in office are subject to executive privilege even after he ceases being the executive. A US judge promptly pointed out that Trump wasn’t a king. So they ought to release the records. That case will rumble on. Appeal after appeal. They expect it to reach the Supreme Court eventually. That’s the Republican stuffed Supreme Court. But don’t bet on the Democrats giving up on trying to jail Trump. It may be the only way to beat him.

“The primary takeaway from the past 250 years of recorded American history is that Presidents are not kings.”

Certainly, those odds on Donald Trump are very strange in light of the situation. Well they are unless you’re very cynical and believe that the bookies like Bovada know their market. They know Trumpers will bet on politics in the US doing the impossible, and have set prices to attract them. They certainly don’t seem to have used any other criteria. Do you really want to bet on the 2024 Presidential election being a re-run of the last one? No of course not, and neither does US politics.

We take a look at the rather bizarre odds on Donald Trump winning the 2024 election as US politicians squabble amongst themselves.