Bet On The Rasmus to Win UMK22 – The Finnish Entry For Eurovision? 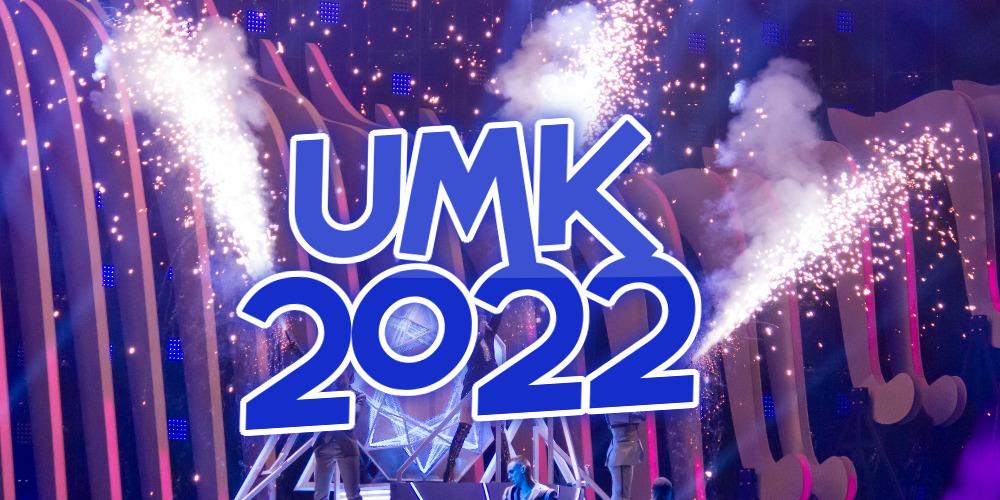 Finland can send a truly powerful entry to this year’s Eurovision. Rock music fans put high hopes on The Rasmus to win UMK22 with their new song Jezebel and secure themselves a ticket to Turin. Finnish legends are the obvious favorites of the annual music contest Uuden Musiikin Kilpailu 2022 but their road to Eurovision is not as cloudless as you might have thought.

This winter, most countries will decide on their entries for the 2022 Eurovision Song Contest. Finland is on the list too. On February 26, the next artist to represent the country in ESC will be chosen at the eleventh edition of Uuden Musiikin Kilpailu (UMK). The Finnish audience and judges are going to choose the best of seven acts: The Rasmus, Olivera, Isaac Sene, Bess, Cyan Kicks, Tommi Läntinen, and Younghearted.

From a bunch of little-known participants, one name sounds really familiar to the public. The Rasmus is a band everyone in Europe was listening to in their childhood even if they didn’t realize it. Predictably, the rock gang with a new member on board is leading the odds at online sportsbooks in Finland to become the next Finnish selection for Eurovision. Will they go to Turin to bring Finland its second victory since Lordi’s “Hard Rock Hallelujah”? Should you really bet on The Rasmus to win UMK22? Let’s see.

The Rasmus are Finnish Rock Legends From the 2000s

The Rasmus is a Finnish rock band that formed in Helsinki. Although they’ve been playing rock and alternative metal since 1994, the biggest success came to The Rasmus in the 2000s. The band that included four members – Lauri Ylönen (vocals), Aki Hakala (drums), Eero Heinonen (bass), and Pauli Rantasalmi (guitar) – woke up famous in 2003. Their most recognizable single “In The Shadows” was released as a lead single from their fifth album “Dead Letters”. The song reached first place in charts of most European countries and turned little-known Finnish rockers into superstars.

Throughout their career, The Rasmus have released nine studio albums and sold more than 5 million copies worldwide. You may recognize some songs from a bunch of their best hits (in our humble opinion): “Living In A World Without You”, “Sail Away”, “Wonderman”, “Guilty”, “Justify”, “Paradise”, “Not Like The Other Girls”, “F-F-Falling”, “Last Waltz”. Although The Rasmus didn’t produce a hit single as popular as “In The Shadows”, they still have many fans across the world. At least six successful world tours speak for themselves!

In 2021, Pauli Rantasalmi left the band allowing the first-ever female member in the group’s history to join The Rasmus. Lauri, Eero, Aki, and Emilia Suhonen – these are the big four who are going to rock the 2022 UMK with their brand new song “Jezebel”.

Why Should You Bet on The Rasmus to Win UMK22?

Rock is back to Eurovision and that is a fact. It seems like we should expect more rebellious songs at this year’s contest after Maneskin’s confident victory in Rotterdam, so why not The Rasmus? Legendary Finns have everything they need to win people’s hearts. Here are just some of the reasons why you should bet on The Rasmus to win UMK22 at 22Bet:

Who Else is Taking Part in The 2022 Uuden Musiikin Kilpailu?

Undoubtedly, The Rasmus members have not only brought extra attention to UMK22 but put themselves into the spotlight. However, there are six other contestants who are worth your time. If you don’t believe in The Rasmus’s victory or simply look for alternatives, here are some other possible Eurovision entries from Finland.

As we have already mentioned, Olivera, Isaac Sene, Bess, Cyan Kicks, Tommi Läntinen, and Younghearted will compete with The Rasmus for tickets to Turin. The winner will be determined on February 26.  Besides the well-known band, Cyan Kicks and Bess have good odds at online gambling sites in Finland.

Cyan Kicks’s “Hurricane” is another possible winning song that can reach the Eurovision stage. This alternative rock band was formed in Helsinki in 2016 and named one of the most promising artists of the year. Currently, they are preparing for their debut album as well as UMK22. “Ram pam pam” by Bess is another song that can possibly beat The Rasmus. This electro-pop single in Finnish has the second-best odds to be selected for the Eurovision Song Contest from Finland. Who do you think we will see on the ESC stage in Turin this May?