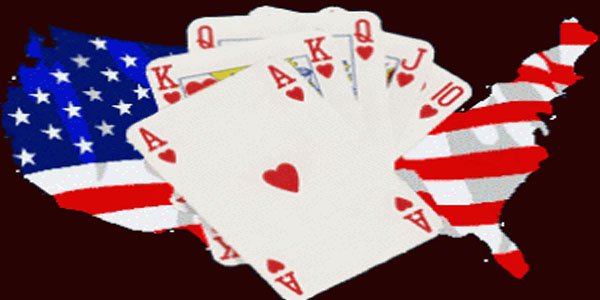 Take a look at a selection of the biggest live poker tournaments taking place this week in the United States.

Live poker tournament continue to attract thousands of poker enthusiasts to their tables across the United States. Let’s take a closer look, which competitions provide the most attractive set of prizes and the most renowned selection of poker professionals to beat this week in the United States. The poker tournaments schedule is broken down by regions where they are perfectly in line with American gambling laws.

Most of the poker action is naturally taking place in the American gambling Mecca: Nevada. The 2014 Deepstack Extravaganza will return for the second time, only weeks after it has been wrapped up at the Venetian in Las Vegas.

The huge 52-event series will start on March 27th and will go on for almost a month until April 23rd. The biggest poker tournament of the first few days will be the $150,000 guaranteed NLHE event with $400 buy-in. It kicks off at noon on March 27th.

• The biggest tournaments with the largest guaranteed prize pools

• The selection is broken down by locations

Bellagio will host the 2014 $25K High Roller IV on March 29th. The renowned gambling destination, the Bellagio Hotel and Casino has paid out over $400 million in poker tournament winnings during its history. It firmly holds the second place in this respect when casinos around the world are considered.

Their tradition of hosting high-stakes poker tournaments continues with a series of $25,000 buy-in NLHE tournaments. The next one kicks off at noon on March 29th in one of the most renowned American poker rooms.

The WSOP Circuit stop at the Lumiere Place Casino and Hotel in St. Louis, Missouri is entering its second and final week held until March 31st. The biggest tourney of the festival here is the $1,675 NLHE WSOP Circuit Main Event, which kicks off at noon on March 28th.

The Seminole Hard Rock Hotel and Casino Hollywood will be home to the 2014 World Poker Tour Seminole Hard Rock Poker Showdown event between March 27th and April 16th. Hollywood, Florida will see the return of high-class poker action, as part of the World Poker Tour. The first of the most attractive events here is the huge $1 million guaranteed NLHE tourney with $560 buy-in. It commences the first of its six starting flights on March 27th. The WPT Main Event will kick off on April 10th and will have $5 million in the guaranteed prize pool.

Last, but not least let’s take a look at what’s going down in Northwest. The only poker tournament worth mentioning here this week is the 2014 Poker Pro Challenge. It is hosted by the Washington State’s Tulalip Casino between March 28th and March 30th. The Main Event here is a $1,100 buy-in NLHE tourney beginning at noon on March 28th.

Poker in the USA

Poker has always been huge in the USA dating back to the 18th century and the Wild West times. WSOP has brought the game to brand new height when it first started to televise the competition in the 1970s. Since those days poker has immensely grown in popularity both in the United States and worldwide. Millions of players around the world are competing locally and on the international arena.

Online poker in the United States, have suffered a major setback during the events of Black Friday, when four biggest online operators had to stop their business in the country. Now, online poker is making a comeback in the USA. After the US Department of Justice has changed its stance on the online gambling, three states have started offering online poker opportunities to their residents.

Online poker can be played legally in Nevada, Delaware, and New Jersey. More states are said to be looking into the matter, since online gambling is a lucrative business delivering millions of dollars to the state coffers. Experts opine that online gambling on the federal level is also on the cards, but few details have surfaced on that to this moment.

Delaware and Nevada have signed the first of its kind agreement to allow poker players from both states to compete against each other online. It remains to be seen just how good and profitable this venture will become before other states will want to jump on the bandwagon.