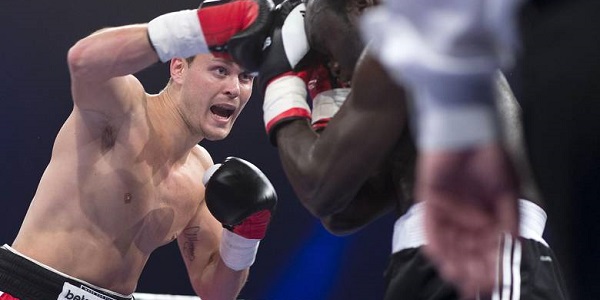 With just a few weeks to go before the next Nordic Fight Night – Collision Course – Nisse Sauerland has announced Tim Robin Lihaug, the big man from Bergen, Norway, will be up against the French brawler Baptiste Castegnaro on September 12th in the Arena Nord.

There is, of course, much interest in the upcoming Klitschko vs Fury fight although the odds do seem to rank it very heavily in the former’s favor, ComeOn! Sportsbook giving him a telling 1.21 to 3.75 advantage pre-bout. This means that whilst it’ll certainly be a fight to watch and might well be worth a reasoned and sensible gamble it probably won’t be as dramatic as the promoters are making it out to be. Boxing hype is, of course nothing new, but some do it better than others.

When it comes to boxing promoters it doesn’t matter if you like to bet on sports in Denmark, Chad or Outer Mongolia the name, and indeed hair style, that comes instantly to mind is Don King. His sheer persona lending an entertainment boxing that bordered, at times, on the melodramatic, although that said there’s always been an element of the theatrical about the sport. Boxers like Norwegian Tim Robin Lihaug are on stage as much as in the ring.

There’s the pre-bout press conferences with their snarling jibes and often pouting behavior, the weigh-ins with their angry stares and moments of fracas, and, of course, throughout the press attempt to stir the fighters into a tit for tat insult battle across their pages as they continue to fight a losing battle against social media and the internet. Naturally the professionals stay calm and respectful, albeit it constantly triumphantly, as Tim Robin Lihaug is having to do.

Tim Robin Lihaug’s bout on September 12th against Frenchman Baptiste Castegnaro is part of the Sauerland circus that will be “Collision Course” another of Nisse Sauerland’s Nordic Fight Night productions that always produce some great boxing action inside the ring if not a lot of the theatrics for which boxing has become known. He might not have Don King’s hair but does a fair impression of what Freddie Mercury would have resembled if he’d been turned into a vampire.

His more measured approach has not stopped him pushing Scandinavian boxing forward and helping put Denmark on the map as a great arena in which to show off both local talent and foreign opponents to fans from across the region. The card for Sept. 12th in the Arena Nord in Frederikshavn is already shaping up to be quite the mix and that’s what fans want, and there’ll be more than a few Norwegians off to watch Tim Robin Lihaug. Nisse, naturally, is gambling news coverage will be positive.

“Tim has had a great start to the year and following the summer break he is back in action against another tough opponent.” Enthuses Nisse, squarely aiming at gaining a bigger audience for his fighters, and added; “Tim possesses a lot of power but Castegnaro has never been stopped, and it could be a case of boxer versus brawler. Tim will need to use his superior boxing skills and be prepared to go the distance.” Which does make it sound quite the bout to watch if you’re a Tim Robin Lihaug fan.

Tim Robin Lihaug is under no illusions that this won’t be quite the same as his last bout that was, frankly, mismatched and a complete knock-out walk-over for the Norwegian against Arne Ernstesen. “Castegnaro is a very tough opponent,’’admitted Tim Robin Lihaug himself, “I’ve watched some of his fights and he can take a lot of shots and keep coming forward. He’s a real brawler, but I’m the better boxer, and as long as I stay focused and fight my fight it should be another good night for me.”

Tim Robin Lihaug knows that up against the 24 year old Frenchman he’ll have to box clever and that the chances of getting an opportunity to surprise the older man (by just two years) will be there and need to be taken should it come his way. As he himself said; “I always feel that if I hit someone cleanly they are going to go down. Against Castegnaro, I won’t go looking for the knockout, but at some point I’m going to catch him, and then we will see how strong his chin really is.”

Of course those that want to take advantages of Danish gambling laws and wager on the bout can do so on numerous sites like ComeOn! Sportsbook or Bet365 and you’ll be able to grab live coverage on Viasat Sport even if you’re sat in the Melia Braco village resort. Nisse Sauerland’s efforts are to be applauded as he once again brings together some great fights for another big night of Nordic boxing, and one Tim Robin Lihaug will remember either way it goes in the ring.