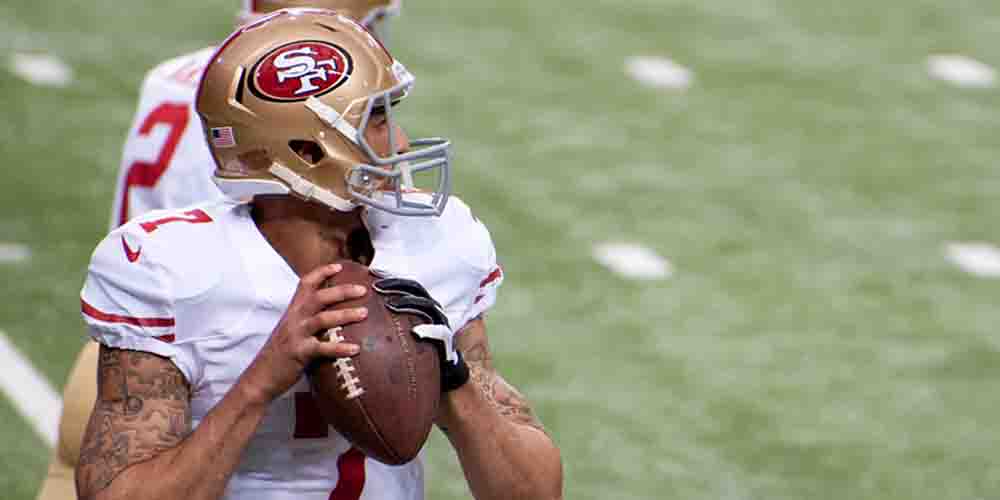 Being a top athlete is also a  great responsibility as thousands of fans can follow your every movement. So everything you do has a huge importance from what clothes you’re wearing to the ideas you embrace. In recent years more and more people in sports have started to support movements about important issues like police brutality or gender equality. We collected a list of the top athletes involved in activism, let’s see them below.

Probably the most famous movement of the last few years have been the black lives matters movement. Several athletes decided to join it all around the world from NBA players to Premier League footballers. Another important issue in which many female athletes have been involved is women’s rights and equal treatment.  One of the main representatives of this fight is American football player Meghan Rapinoe. Who has inspired women all over the world and became the Sportsperson of the Year in 2019. While in Belorussia athletes raise their voices against the political regime of their country. With some of them even sentenced to prison for their activities.

1. Colin Kaepernick, one of the most influential top athletes involved in activism

Colin Kaepernick was the quarterback of the San Francisco 49ers between 2012 and 2016. But he was also a civil rights activist at the same time. He became famous when he first sat then  knelt down during the US national anthem in his team’s preseason games in 2016. Kaepernick was protesting against police brutality and racial inequality which led to the deaths of several Afro-American people. His actions were soon followed by other NFL players while the athlete founded the Know Your Rights Camp organization in the same year. He also became a free agent after the season and sadly no other NFL club has signed him since. But Kaepernick’s actions also motivated the Black Lives Matter movement last year.

2. LeBron James, one of the main representatives of the Black Lives Matter movement

The death of George Floyd by a Minneapolis police officer led to global demonstrations and protests. Several athletes got behind the movement including one of the best NBA players of all time, LeBron James. He demanded justice for Breonna Taylor who died of gunshots fired between his boyfriend and the police at their home. Followed by his and other players’ actions, all players, coaches, and referees knelt during the national anthem before the games in the 2019-20 bubble. With these actions NBA became the first major league in the US to show support for the BLM movement as online sportsbook news in the US were also reporting. James has been also involved in politics and stood behind Barack Obama, Hillary Clinton and Joe Biden during their campaigns.

3. Lewis Hamilton also fights against racism and for diversity in F1

In our list of the top athletes involved in activism we can find one of the most famous athletes of the world, 7-time Formula 1 champion Lewis Hamilton has also supported the BLM movement last year. He took the knee before every race and wore black T-shirts with BLM slogans. While on the podium at the Tuscan Grand Prix Hamilton wore a T-shirt with “Arrest the cops who killed Breonna Taylor” message.  The British driver has been also fighting for diversity in the sport for years. He is still the only F1 driver from an ethnic background. Most recently Hamilton also started to campaign for tackling the issue of climate change and being carbon neutral.

4. Naomi Osaka, one of the leading activist in tennis

Not many people would have thought a few years ago that the shy Japanese tennis player, Naomi Osaka will be a leading activist. She became a supporter of the Black Lives Matter movement.  Osaka withdrew from the 2020 Cincinnati Open to raise awareness for the police shooting of Jacob Blake. She wore a mask with the names of other victims of police brutality during the US Open.  Which she also managed to win for the second time. Her actions inspired people to talk about racism and other social issues in countries like Japan, where Osaka was born. She was named as Sports Illustrated Sportsperson of the Year in 2020 acknowledging all her efforts.

The captain of the American women’s soccer team, Megan Rapinoe is one of the most active women athletes in the world. She supports several LGBT organizations, fights for women’s equal rights and also backs the BLM movement. In 2016 she took the knee at an international match in 2016 to show her solidarity with Kaepernick. Rapinoe along with her 27 teammates filed a lawsuit against the American Soccer Federation and demanded equal pay. She also received the Sportsperson of the Year Award in 2019 beside winning the Ballon d’Or and the Best Fifa Women’s Player Award. She can lead her team to victory in the 2020 Tokyo Olympics as favored by online sportsbooks in the US.

In other parts of the world athletes are fighting for different reasons. Like Belarusian basketball player Yelena Leuchanka, who took part in peaceful demonstrations against the county’s president, Aleksander Lukashenko. She was arrested and sentenced to 15 days in prison and has become a role model for other protesters. Other Belarusian athletes have also followed her example. While they also wrote to the International Olympic Committee and asked it to stop recognizing the Lukashenko-led Olympic Committee.