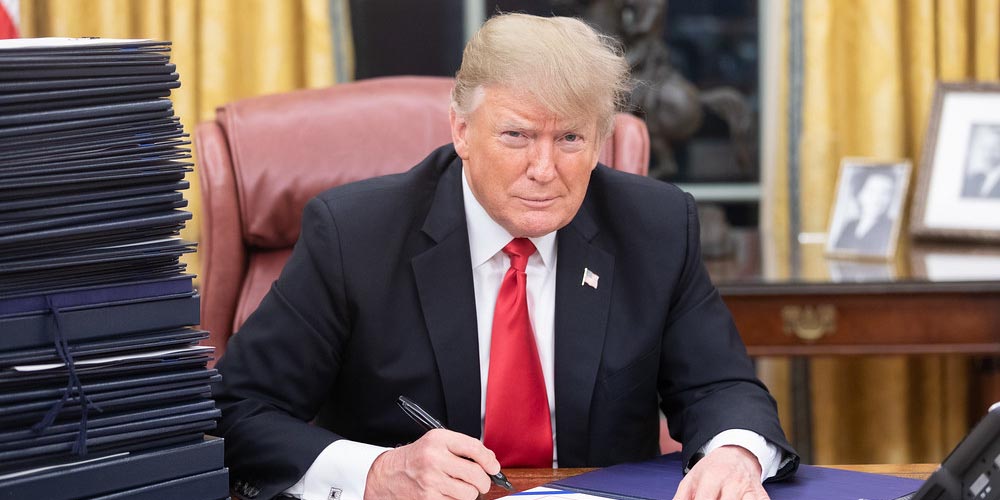 As of now, the conviction of the former US President Donald Trump hangs on whether 17 GOP senators will break the ranks in February. According to the bookies’ Trump second impeachment odds, the chances are very slim. Thus, it is unlikely for Trump to be convicted.

Nine Democratic impeachment managers delivered an article to the Senate on 26 January accusing former President Trump of inciting violence. The trial in the Senate is scheduled to go ahead in February, as per Fox News. Thus, the Democratic managers are preparing their case tooth and nail and Trump is very likely crafting his defense for the February trial.

As online sportsbook news sites in the United States reported, this is the first time an American president faces a second impeachment trial. Besides, Trump is the first American president to face trial while out of office. There is already much wrangling in the Senate about how far the trial is constitutional. Therefore, the bookies suggest in their Trump second impeachment odds that a conviction is unlikely. This is very much a similar prediction to the first Senate impeachment trial odds.

What will happen next?

After the article was brought to the Senate, a motion on how far the trial would be constitutional was put forward by Senator Rand Paul. Only five Republican senators voted to proceed with Trump’s second impeachment trial joining their fellow 50 Democrats, as Time reported. Whereas the other 45 GOP senators voted with the trial being unconstitutional.

For former President Trump to be convicted a two-thirds majority of the Senate is needed. This means at least 17 GOP senators must break their ranks and join Democrats. However, given the current circumstances, it is an extremely high bar to clear. However, if somehow the conviction passes Trump might be barred from ever again holding public office, despite that there are still odds on Donald Trump winning in 2024.

The vast majority of the GOP senators argue that the Constitution should not allow Congress to try a president who has left office. For example, Florida Senator Marco Rubio supports ending the trial at the very first opportunity. But there are some GOP senators who disagree.

On the first impeachment trial, Utah Senator Mitt Romney was the only senator to break ranks. This time he will certainly do the same. But several other senators such as Ben Sasse of Nebraska, Susan Collins of Maine, and Lisa Murkowski of Alaska might join Romney. However, it will still fall short as 22BET Sportsbook suggests with a value of 1.02. While Trump’s second impeachment odds for the conviction to pass are 15.

Sen. McConnell holds all the keys

Many observers see the conviction will most likely depend on how Sen. Mitch McConnell approaches the case. During Trump’s first impeachment McConnell led the chamber to acquit Trump. This time his approach has been different. BBC reported he is pleased with House’s impeachment efforts. But he also voted to move toward dismissing the trial.

Should McConnell vote to convict Trump he will bring several others on board, which will be a huge surprise. However, as online sportsbooks in the United States suggest, it is better not to bet on that. If you wish to see all other exciting US politics odds, just check our review about 22BET Sportsbook.