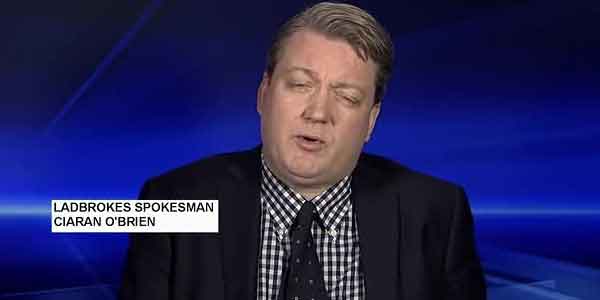 Taxes on FOBTs have been increased causing bookies’ share prices to drop, while bingo profit taxes decreased in the new budget.

The newly adopted 2014 Budget will see some amendments to British gambling laws and tax regimes. The controversial FOBTs operating inside the majority of land-based betting shops will be subject to an increased levy of 25%.

The Treasury’s move has already caused the share prices of some renowned land-based and online sportsbooks in the United Kingdom to decrease significantly. Ladbrokes stock fell by 12 percent amidst the fears that the bookie’s profits could decrease by as much as one third.

William Hill also saw its share prices dropping by 7%, whereas Paddy Power, also a force to be reckoned with on the British sports betting market, suffered a 3% loss. Ladbrokes even went as far as declaring they may be closing some of their betting shops, due to the fact that this operator is the most exposed to FOBTs with machines placed in their high-street shops.

A wealth of recent market studies have confirmed the role of FOBTs in the growth of problem gambling in the country. Some reports suggested as much as GBP 13 billion gambled on the machines, and what’s worse, they are preferred by the poorest population of Britain.

The machines were constantly opposed by the Labour Party and even the coalition, stating that their sudden surge should be stopped and future developments must be closely regulated.

Ladbrokes alone saw their clients play with GBP 11.6 billion at the machines last year. This produced GBP 422 million profits for the sportsbooks, a fair half of their land-based shops gross profits.

Reaction to the new tax

• FOBTs taxes increased, and offshore bookies may be getting a horse-racing levy

Ciaran O’Brien, a spokesman for Ladbrokes, commented: “The announcements mean yet more taxes on an already heavily taxed industry – another GBP 75m to add to the GBP 1bn already paid. The pips are squeaking and we must surely now be given some stability to continue to support our employment and tax base while delivering for shareholders.”

He also opined that the Treasury is getting more money in taxes from the sportsbooks than the companies make in profits, stressing again that Ladbrokes may be forced to close some of their shops resulting in job losses. He said: “We will close 40-50 this year. We may now have to look at closing more.”

With the change in taxes, the Treasury is looking to grab an extra GBP 75 million from the sports betting industry in the coming 2 years, and around GBP 90 million extra in 2017/18.

The Chancellor said the changes will not be limited to betting machines. The government will host consultations on the horse-racing levy applying to offshore-based bookies. According to the Treasury, the “consultation will seek views on a range of options which are likely to include developing commercial arrangements, modernising the existing levy and a horserace betting right”.

While bookies may be suffering and unhappy with the changes, it’s finally a time to celebrate for the land-based and online bingo sites in the United Kingdom. The levy they pay on the winnings halved from 20 to 10 percent.

Bingo businesses have been complaining for a long time they were penalized in the 2009 budget, with a very unexpected tax hike from 15 to 22%, later coming down to 20%. Many industry experts were expecting the Treasury to cut back the tax to 15% level, but the unexpected 10% came as a very pleasant shock.

CEO at Rank Group, which is one of the largest bingo operators in the country with 97 Mecca Bingo clubs, Ian Burke, commented: “Today’s announcement is an important boost for Britain’s bingo clubs, which provide a range of social and economic benefits for the communities they serve. By bringing bingo duty into line with other forms of gaming entertainment, the government has created a basis for renewed investment and innovation.”

And contrary to the decrease in share prices for the bookies, bingo operators stock rose by 7.5% amidst the good news. The company has already share plans to open more shops to catch the wave. The operator’s statement read: “Rank has identified a number of towns and cities in Britain where, in the light of today’s announcement, it would like to develop new clubs.”