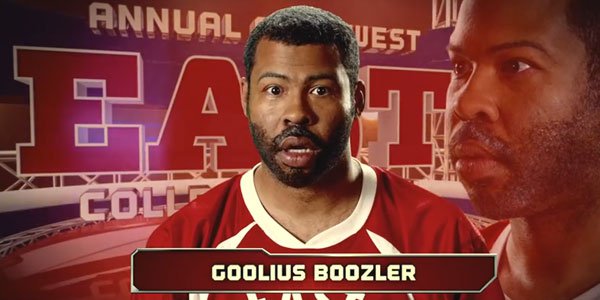 The weirdest of the weird
You will be stunned
Sit back and enjoy!

This is our final piece to remember those, who were cursed or blessed by their parents: our top 50 weird names in the NFL series with past and present players!

Yes, he was an actual football player for the Cleveland Browns in 2001. Prior to that, he was thrown out of two college teams because of behavioral problems, but we can understand that. He also worked as a bouncer at a bar.

That is like brand new information for internet betting players! Oh, wait, this is serious! Yes, this warning is the real name of a former NFL safety. He wasn’t that hot and spicy as a professional footballer as at college though. He turned up at quite a few franchises but he failed to make an impact. Not like his half-brother, Elvis Dumervil, who is a five-time pro bowler linebacker.

Munnerlyn was named after his great grandfather and he admitted that he was taunted several times because of his name. But he had harder problems than that. He comes from a troubled background. His father was murdered and his brother, a drug-dealer and murderer, was sentenced to life. But Captain managed to stay in the light and became a starting cornerback in the NFL with a multi-million dollar contract, as many of those know who bet at online sportsbooks in the US.

You might start to lose your mind around this one. Here we actually cheated, since the poor guy suffered so many concussions at college that he had to stop playing football before he had the chance to try himself out in the NFL. It’s a shame; Jacksonville Jaguars quarterback Blake Bortles once said that he got the biggest hit in his career from Yourhighness. His name is so cool, that he had to be included to the list of top 50 weird names in the NFL.

This is just crazy. Former Dallas Cowboys QB Don Meredith once said this of the former Cleveland Brown wide receiver: ‘Fair Hooker…well, I haven’t met one yet!’ No further questions.

This is getting worse. Especially as this is an exceptionally tragic story and it is no surprise that he is not included on lists similar to the top 50 weird names in the NFL. Blenda Gay was killed by his wife at 26, when he was a defensive end for the Philadelphia Eagles. She was later declared schizophrenic and all charges against her were dropped.

If your name is Richard Shiner, of course you want to be called Dick. Well, Dick’s potential was clear for both the NFL and the AFL as he was drafted to both leagues in 1964. He spent eleven years in the league and played for several clubs, usually as a backup quarterback, most notably for the Pittsburgh Steelers. While playing for the Atlanta Falcons in 1973, he became the first quarterback to officially post a perfect passer rating. Next week his QB rating was 0.0.

True story. Well, he knew it, and it must have been very hard for him, so he legally changed his name to Lucius Seymour in 2006. He played as an outside linebacker, but being undersized to the NFL in that position, he prepared to switch for strong safety. Eventually he failed to get into the league, but was considered by a few teams. It would have been a great closure for his story, after getting that many sticks throughout the years.

No, he is not from Monty Python’s Life of Brian, but would have been a great fit for the late Graham Chapman. Actually he had also become an actor after completing a fourteen-year-long NFL career with eight Pro Bowl selections as a linebacker for the Chicago Bears. He had shorter roles and cameos in a long list of movies and TV shows including The Longest Yard The Gremlins 2, Any Given Sunday, She Wrote, Magnum, P.I. and MacGyver.

This is funny! Dick Butkus comes in around 3:10, and Bubba Smith also features

And I am speechless… This one is really like a made up name, but it isn’t. He spent eight seasons in the NFL, seven at the Houston Texans as a cornerback. And he made it to the first place of our list of the top 50 weird names in the NFL, knocking out many of those who bet on sports in the EU and in the US.