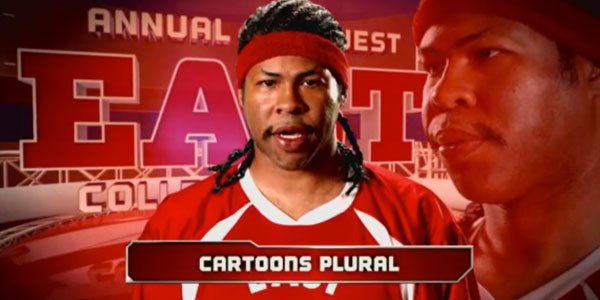 To remember those, who were cursed or blessed by their parents, here is the ultimate list of weird names in the NFL with past and present professional football players!

All right, his unique name is rather cool than funny. At least he can pick up girls with that, because he might not by saying that he plays for the Cleveland Browns… At least no those girls, who bet on sports in the US. His unusual name was invented by his mother, Barbara, who combined her own name with the existing name, Kevious.

The former St. Louis Rams defensive end of Samoan descent had already a tough family name, so obviously his parents opted not to make it harder for him. He was an outstanding defensive end in his college career, so opposing running backs would stand up after tackles annoyed, saying “Ah, you again!”

He is a Super Bowl champion and a four-time Pro Bowler, a legendary strong safety for the New England Patriots. Still, his first name is… Just not a name!

Hawaii names often sound funny for English speakers. And usually they are also extremely hard to write and pronounce properly. Steelers fans had experienced this, so they only called their fullback “Fuuuu”.

A Super Bowl MVP surname that no one can pronounce properly. But that’s the case usually with Hungarian names. Would you think that the ‘Cs’ is originally pronounced like the English ‘ch’ in Chad?

Okay, this is not fair. Especially if you are a 6”5’ offensive tackle weight 315 pounds and a Super Bowl champion. But he had to protect Eli Manning in 2008 and still, Manning had to escape from opposing pass rushers quite a few times, so there would have been a few things to whimper about had the Pats won that final.

It’s just an extravagant way to spell ’Chad Johnson’. The former six-time Pro Bowl wide receiver changed his name officially to his jersey number in Spanish (eight-five) while with the Cincinnati Bengals, just to please his Latino fans. Than he somehow realized that it is not that cool anymore, so according to latest US gambling news, he is officially Johnson again at the moment.

But Chad Ochocinco is too cool to care his name sound funny (Photo: SB Nation) )

The 6”7’ offensive tackle tried himself at a few clubs, but he didn’t really make an impact in the NFL. Neither did his brother, Brad. Maybe it was because O-line coaches had enough of trying to write their names on the team sheet…

He is not from any fictional fantasy universe, as far as I know, but from Portland, Oregon. Oh, yes, Portland is so cool that it has to be on another planet! Poor Legedu’s career was actually messed up at Boise State where he had to switch from quarterback to wide receiver – maybe his stuffy coach thought that you can’t play quarterback with a name like this… He spent six seasons around the NFL and internet betting players might remember him as a versatile offensive weapon for the San Diego Chargers, but failed to become an important player in the end.

Samoan names also sound funny for English speakers. However, I bet that you wouldn’t laugh at this 6’8” defensive tackle, who played for such intimidating defenses as the New York Jets and the Kansas City Chiefs. He was with the Tennessee Titans in 2015, the worst team in the league, so expect him come back angrier for 2016!

In the next parts you will meet with legendary players from the past as well as current pros. And it will be a lot of fun too, as weird names in the NFL are always fun…

To learn more about gambling in the USA, check out the country home page.
For more American gambling and betting news, click here.