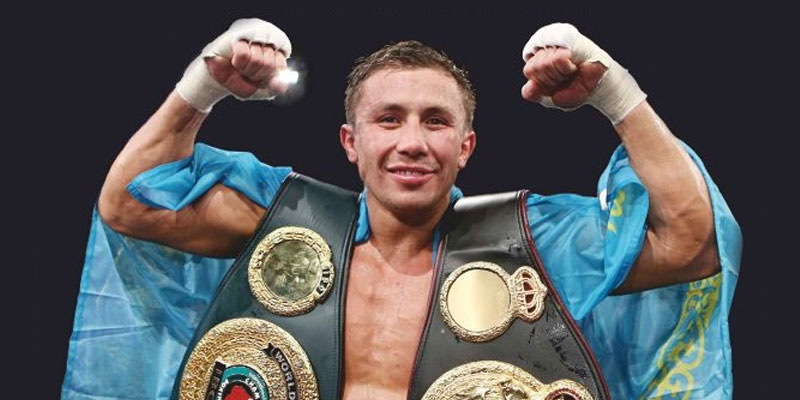 The former middleweight champion Gennady Golovkin returns to the ring on June 8. He will make his 2019 debut against the unknown Canadian boxer Steve Rolls at the MSG in New York. It goes without saying that Golovkin is the massive favourite at the best Gennady Golovkin vs Steve Rolls winner odds. However, to make this fight put you on the edge of the seat, we recommend choosing Rolls. Not for fun, but because Rolls has a real chance to shock the world.

The best Gennady Golovkin vs Steve Rolls winner odds suggest it will take a minor miracle for Rolls to win. However, should you place a bet on Rolls and he actually wins, a big profit will come along. Before you further read about the two opponents, just take a look at our review about Unibet Sportsbook. The odds value -5000 for GGG to win the fight. While the odds are +1400 for Rolls to do what only Canelo Alvarez has done.

Who the hell is Steve Rolls?

The Candanian boxer is at the age of 35. He has produced a 19-0 record in his eight-year pro career, with 10 knockouts. Before his professional debut in 2011, Steve Rolls had an impressive amateur record of 83-14. Yet, one of his major weaknesses is that he has never fought for 12 rounds in his pro career. The other weakness according to online sportsbook news in the US, is that Rolls did not face anyone at the level of Golovkin.

Steve Rolls is the IBF No. 9 middleweight

It is fair for online sportsbook sites in the US to question how long Steve Rolls is going to hold up against GGG. However, some would say that the element of the unknown presents a clear danger for Golovkin. Rolls does not have a single notable name on his resume, but Golovkin will be his third fight since 2018. Last December, Rolls won over KeAndrae Leatherwood to claim the vacant USBA middleweight belt.

Tactically speaking Rolls has a similar height and reach as his Kazakh opponent. He is also considered as an orthodox boxer like GGG. In addition, Rolls is currently the IBF No. 9 middleweight in the world. A win against one of the best middleweights in his generation, will be Rolls’ perfect opportunity to prove he is a world class fighter.

GGG is no longer the scariest name in boxing

GGG enters his first fight of 2019 with a 38-1-1 record and 34 knockouts. It will also be his first fight since losing to Canelo Alvarez last September. Golovkin remains one of the best three middleweight fighters in the world. Hence, he has chosen Rolls for his next fight, because he is looking for a soft touch before seeking third match against Alvarez.

From 2008-2017, Golovkin had a streak of 23 consecutive wins via knockout. At that time he was the scariest name in boxing. Yet, that is no longer the case. Three of his last four fights have ended in decisions and he has looked a little sluggish at times. Although GGG leads the best Gennady Golovkin vs Steve Rolls winner odds, we shall not expect to see the former type of GGG. He might even suffer, if Rolls appears to be a smart and slick fighter.