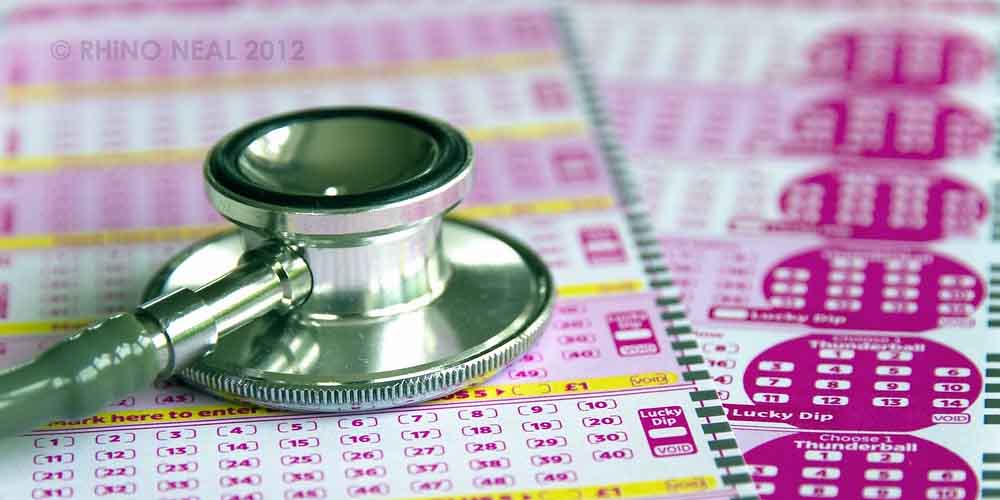 There are few things more unfortunate than a lottery jackpot winner who doesn’t get to enjoy their winnings. We can all recall the tales of lost tickets robbing people of the fortune they’re due. However, there are few stories sadder than that of Doctor John Sinclair. He’s the archetype of unlucky. Even the best lotto jackpot reviews on sites like Lotto Agent would agree. Dumfries Museum is thus renewing its memorial to this poor man, a memorial that includes his winnings.

We usually, in these rather materialistic and mercenary times, consider the best lottery jackpots to be paid in cash. Our dreams of winning the lottery tending to involve piles of filthy lucre. We picture ourselves Scrooge McDuck swimming in our good fortune. We have lists of things we’d buy if we were lottery jackpot winners. Cars, houses, holidays…..that list is all but endless now. However historically lotteries have not always been about money. Some were far less mercurial.

So, when people hear about Dr. John Sinclair for the first time they’re typically at first saddened and then puzzled. They hear that the basic story, which they understand entirely, then catch the part about his prize and frown. It is simple to accept that someone might die the day after winning the lottery. It’s unfortunate but we can all see how it might happen. A lottery jackpot winner might overindulge in all sorts of things. Sinclair, however, died in an accident not much richer.

“We do not recollect the sudden death of any young man which has been so generally lamented.”

Dr. Sinclair was born in Dumfries and despite a career that took him away kept contact with his hometown. As a doctor in the Navy, he served in Portsmouth (the other end of the UK) which is where he died. He was, perhaps in celebration, out with friends for a meal when a vehicle struck his horse-drawn gig. Suffering from a severe concussion, he died several hours after the accident. Fate simply snuffing out the lottery jackpot winner leaving his winnings behind. They’re still there.

Instinctively this sounds wrong. We’re so used to the best lottery to play having a cash prize we overlook that sometimes they don’t. 180 years ago in Dumfries, for instance, the six-penny stake did not grant you a chance to win money, but art. In this case a pair of statues by a local artist. This, I feel, says much about the sort of lottery jackpot winner you got 180 years ago. I wonder how many modern winners would have somewhere to put a pair of large hand-carved stone statues.

The prize of our unlucky lottery jackpot winner depicted a reclining man and his pony. It is not a small installation. A portrayal of Old Mortality, one Robert Paterson of sculpture fame, it seems an odd sort of win. At least it does to our 21st-century eyes. Of course, unlike wins paid off in cash, our 21st-century eyes can at least still see these statues. The Dumfries Museum, in accordance with the wishes of the relatives of our lottery jackpot winner, preserved them.

The memorial to our lottery jackpot winner is an octagonal structure surrounding the two statues. It lies within the grounds of the museum and they will now repair that structure. This will make it a far nicer place to visit and is a fitting tribute to the city’s most unlucky lottery winner. Those of us more accustomed to progressive jackpot lotteries may find it sad he won and died. We may puzzle over his winning statues in the first place. However, unlike cash winning his have endured.

We take a look at the unlucky lottery jackpot winner who died in a traffic accident after winning the draw 180 years ago.