US Navy Brings the Hammer Down on Poker Cheat Timothy Giardina 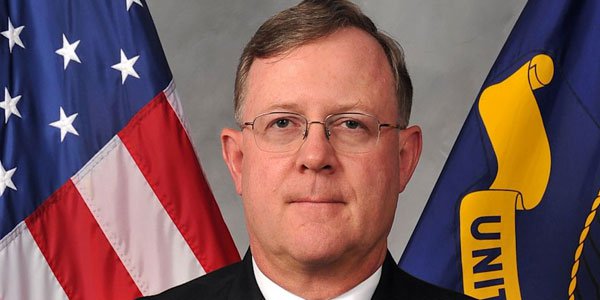 The US Navy Rear Admiral’s transgression seems fairly minor, but it ended up costing him his career and reputation.

The U.S. military has always put a premium on protecting its reputation. While there have been obvious stumbles, scandals and failures, the top leadership has generally succeeded in maintaining discipline in its ranks.

That discipline, however, has come at a price. Sometimes fairly innocuous missteps have met harsh punishments. The most recent example marked one of the few times ever that the military has made gambling news, the poker cheating incident involving Rear Admiral Timothy Giardina.

Giardina was arrested in June of 2013 after being caught using counterfeit poker chips at the Horseshoe Casino in Council Bluffs, Iowa. He later admitted to cheating and was subsequently fired from his position at the Navy. Opinions differ as to whether the penalty was his just desserts or excessively harsh.

As Rear Admiral, Giardina was near the top of the Naval chain of command and the number two man in charge of America’s nuclear stockpile. The Navy holds its officers to the strictest standard, which could be the reason that he was fired for defrauding a casino out of roughly $2,000.

The incident occurred as follows: the Admiral was visiting the Horseshoe for an evening at the poker tables. At one point he went to the bathroom, and, according to his story, found four $1 chips altered to look and feel like $500 chips.

He then used these chips in a poker game at the casino that same night, which he later referred to as a “lapse in judgment.” After being caught and take in for questioning, Giardina told his interrogators that he purchased the chips from someone in a casino, a statement which he later recanted.

Giardina admitted to both cheating and lying when questioned by an Iowa state investigator: “I should have either told the truth or remained silent instead of lying about the events when questioned.” However, he maintained that “this lapse in judgment does not make me a criminal.”

After admitting to cheating, Giardina escaped criminal prosecution but was given what the Navy refers to as “non-judicial punishment,” a letter of reprimand and loss of $4,000 in salary. He was later fired from his position.

The incident wasn’t the first time that counterfeit chips have been found in an American poker room or casino floor, but the ruse seems less sophisticated than some similar cases, such as one earlier this year at the Borgata Casino in Atlantic City.

In that case, a poker pro named Christian Lusardi was caught in possession of $2.7 million in counterfeit chips. Lusardi’s fake chips were so elaborate that they weren’t found out while he used them during a high stakes poker tournament at the Borgata.

His scheme was only discovered after he tried to dispose of unused fakes through the drain pipes in his hotel room. Due to the obvious intent and scope of the incident, Lusardi met criminal charges and currently sits in prison in the state of New Jersey.

In the Giardina case, the chips in question were rather crudely made and easily discovered by casino staff. An investigation as to whether Giardina produced the counterfeit chips himself (which would have resulted in potentially harsh criminal charges) found his DNA on the inside of one of the stickers.

While some observers have taken that to indicate that he must have conducted the counterfeit himself, Iowa state prosecutors did not consider it evidence enough for court proceedings against him. The charges were later dropped.

While Giardina’s reputation appears to be irreparably damaged, he continues to maintain that he found the chips in the bathroom, even going so far as to suggest that someone left them there with the intention that they be found.

Giardina admitted to cheating at poker and accepted his sentence, which amounted to the loss of his livelihood. But things didn’t stop there. Other leading naval officers raised issue with what they see as a problematic personal life, leading him to respond that “the common opinion is that I have a ‘gambling problem’ and that this gambling problem was my motive” (in cheating).

Giardina admitted to being a regular visitor to the Horseshoe (which is close to where he is stationed in Nebraska), but by no means should his recreational interest in gambling be brought to bear in the case.

Air Force General Robert Kehler reportedly expressed the position that the admiral had an “obvious gambling problem,” to which Giardina shot back: “Regardless of anyone’s opinion on the matter, disapproval of the legal manner in which I spent portions of my off-duty time is not adequate grounds to allege criminal misconduct.”

Ultimately criminal charges were dropped, but the loss of his career and reputation are punishment enough. Considering that Giardina lost his job even after it was found that he hadn’t violated anti-fraud or gambling laws in America, one is left with the impression that being an officer in the Navy made things worse, not better.