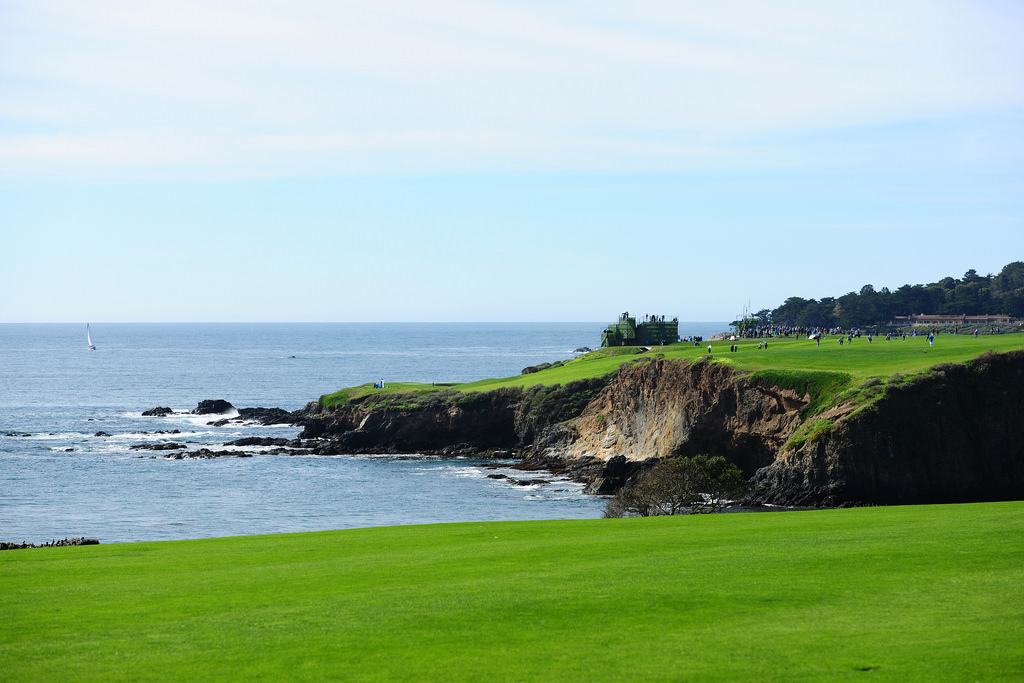 Between the 13th and 16th of June, Pebble Beach will host one of the major championships in golf. The US Open 2019 golf predictions and bettings odds are showing that Rory McIlroy might be the next winner.

The 119th US Open will gather the best golfers of the PGA and European tours. Online sportsbook sites in the UK are favoring the American Dustin Johnson, who is currently number 1 in the world. He has just won his 20th PGA Tour title in Mexico, but our predictions indicate that there might be some surprises along the way.

Feel free to check out our 2019 golf majors predictions as well!

Rory McIlroy was a rising star that became one of the four players to win three majors before turning 25. This year, he is ready to take that former glory back.

He had a quick ascension in his career, becoming professional at the age of 17. In 2011, he became the youngest player to earn 10 million Euros on the European tour. One year later, in 2012, he reached the same achievement in the PGA tour. Overall in his career, he has won four major championships and set important records.

Despite the glorious star of his career, his unbeatable form seems to have stagnated especially since 2015. Nevertheless, he has managed to keep himself on the top 10. This year, he finished second in the WGC-Mexico Championship and won the Players Championship in Florida. This is another record as he became the third player in history to have four majors and 15 PGA Tour titles before 30.

Rory McIlroy is definitely gaining his form back and will be tough to win over in June. His odds of winning are 12/1 at Bet365 Sportsbook.

Justin Rose, currently the number 2, has established himself as one of the best golfers in the world. He won the gold medal in the 2016 Olympics in Rio de Janeiro.

The English golfer also became professional at 17 years old. Despite struggling in the beginning, he soon started to affirm himself in the tours. In 2013, he won his first major at the US Open.

As reported by online sportsbook news sites in the UK, since 2018 that he is disputing the number 1 of the ranking with Brooks Koepka and Dustin Johnson. That same year, he won the Turkish Airlines Open, defending for the first time a title in his career. In January 2019, he has already won the Farmers Insurance Open.

Justin Rose’s (14/1) odds of winning are not so low and he might be getting his second title this year.

Last year, Brooks Koepka became the seventh player to win consecutively the US Open. It is surprising, then, how his odds are so low for this year’s championship.

In 2018, the American golfer also won the PGA Championship by two strikes from Tiger Woods. Later, he finished the year number 1 after winning the CJ Cup in South Korea.

The 2019 season hasn’t seen any victories yet, but Brooks can well get back in shape in the next few months and become the second player in history to win the US Open three times in a row. His odds are 16/1 at Bet365 Sportsbook.

Tiger Woods is without a doubt one of the best players, if not the best, in the history of golf. During his career, he set numerous records, such as the player in the top of the ranking for most consecutive weeks. He was also awarded 11 times the PGA Player of the Year and was the youngest player ever to achieve a Career Grand Slam.

His career saw a slowdown after media widely publicized his extra-marital affairs. Plus, he has been struggling with many injuries since then. However, he has been slowly coming back to the top again and is already very close to the top-10. In 2018, Woods finished 2nd in the PGA Championship and won the Tour Championship in Atlanta.

Even though bookies are not very positive about his performance in June, he (18/1) can still surprise and show that he is ready to come back to the top of the sport.