Wagering On WRC Wheels In Finland 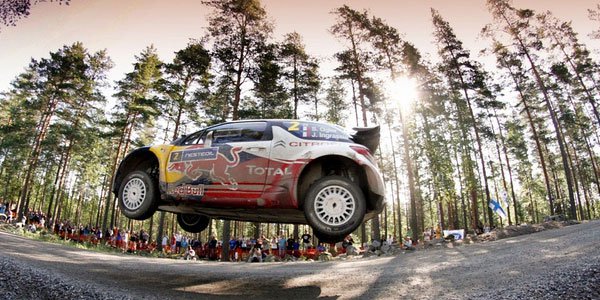 Rallying is one of the fastest, most exciting motorsports in the world and its popularity in Finland is unsurprising given their attitude to driving and drivers

Ice hockey might well be the most popular sport in Finland, and their winter sports record naturally speaks for itself, but for many of us, perhaps of a certain age, the mere mention of the place brings to mind images wholly dissimilar from the enclosed rink arenas or huge sloping ski jumps. We don’t think of Finland as having the least corrupt government in the world, or as being responsible for giving us all the phenomenon that is Angry Birds, we don’t even notice it has the highest number of heavy metal bands per capita in the world, no, we think of Finland, and we think of rallying.

Finland; The Driver’s Crucible
• Famous drivers in the 60s made it popular
• Rally of Finland attracts 500,000 spectators
• Wager on the 2015 season at ComeOn! Sportsbooks

Perhaps it was growing up in the boom years of Finnish supremacy that have seared those images into my mind, the snow covered pine trees beyond the plastic safety glass, so close you could reach out and touch them, are blurred by the speed, the flurries spinning away into the drifts by the roadside as spiked tires fight for grip and someone in a crash helmet shouts incomprehensible directions to the wild-eyed young man at the wheel traversing the twisting lanes at almost impossible speeds, racing the clock in a car that screams function louder than the high tech whine from the engine.

Rallying might these days feature far too many Frenchmen called Sebastian, a pair of them having dominated the sport for quite a while now, but the curving undulations of snowy roads will be forever be the breeding grounds of some of the best drivers in the world. They take driving very seriously in Finland gambling news reports of traffic accidents are reduced if young drivers have had very rigorous instruction and testing. The results are manifest and obvious with not just rallying seeing the benefit as any Formula 1 fan will tell you, and perhaps that’s a notable shift.

Keke Rosberg’s F1 World Championship win in 1982 took some of the sheen off rallying’s pre-eminent position as favorite motorsport in Finland, something extended by Mika Hakkinen’s two championship wins, but the connection with rallying is much deeper than with F1, despite having a relatively short history. It was the 1950s that brought rallying to Finland and to Finnish hearts. The sixties saw drivers like Makinen, Tolvonen and Aaltonen all helped make it popular and it continues to be so, with the rally in Finland drawing half a million spectators.

The WRC consists of many more rallies than just that of Finland but it is still to those icy gravel surfaces that my mind wanders as I await coverage of one of the most thrilling motorsports in the world. Oh sure, F1 has the glamor, Indycar the compact spectacle, but neither one can match rallying for a requirement of universal driving skills, a requirement that goes beyond the smooth tarmac of a repetitive circuit and into the changeable conditions of country roads and unpredictable surprises. Rallying is a true driver’s, not just racer’s, test of their mettle.

This season sees one of the Sebastians, Ogier this time, out to pick up a third straight title, following in the footsteps of the nine back to back world championship titles that Loeb won between 2004 and 2012 inclusive. It all kicks off with the historically charged and uber-demanding Monte-Carlo Rally on the 22nd of January, a three day season opener that pushes drivers and cars to the limit, the perfect way to start the 13 round, globetrotting, competition which will hit Finland in July and only end midway through November.

After Monte-Carlo there’s Sweden which is well attended by the comparitively local Finns with the sport’s sojourn across the Atlantic to Mexico and Argentina only ending in May when the dusty roads of Portugal welcome them back to Europe until the entire circus ups sticks and shifts to the other side of the world for the challenge that is Australia’s outback, with France, Spain and Great Britain rounding out a plethora of different highly demanding rounds that really does make F1 look a tad pampered for its own good.

Of course there is a natural inclination amongst the cynical to comment that most people only watch motorsports for the crashes, which is ridiculous, it would be like watching football for the fouls, but that doesn’t mean some of the accidents aren’t spectacular and whilst the worst an F1 driver can expect is a tire wall to impede their progress after a gravel trap has slowed them down, rally drivers face sheer cliff drops and irregular stone embankments. The sights and sounds of rallying simply outclass the other driving championships in every way.

Despite the somewhat dubious Finnish gambling laws placing a wager on the WRC is simplicity itself and sites like ComeOn! Sportsbooks offer you the chance to back the driver of your choice in the 2015 season with the obvious choice being the talented young Finn Jari-Matti Latvala who is sitting on odds of just 3.30 behind the 1.37 shot Frenchman, the nearest competition beyond that for the title Kris Meeke at 15.00 alongside Norwegian Andreas Mikkelsen, and in rallying you’re never more than a momentary lapse away from a season changing incident.

Thierry Neuville of Belgium (21.00), the Norwegian Mads Ostberg and Dani Sordo from Spain (both 26.00) are all in the mix to some degree with Robert Kubica of Poland (29.00) and the Welshman Eifyn Evans (way out at 51.00) in with an outside chance in what can be one of the most unpredictable racing spectacles in the world. So even if you’re not one of the millions that likes internet betting in Finland you should almost certainly get on these odds before the season opens up in that race to Monte-Carlo and we see who is going to be out in front in the WRC 2015.