Want to Bet on UFC Fights Online in Germany? Here’s How You Can

News >Want to Bet on UFC Fights Online in Germany? Here’s How You Can 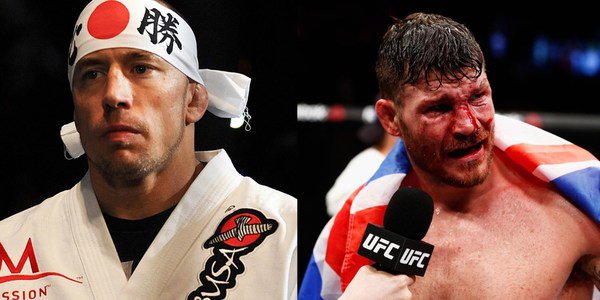 Those looking to bet on UFC fights online in Germany this year should check out Interwetten Sportsbook which offers the best odds on every major fight card.

Germany has one of the largest MMA fan bases in all of Europe. The UFC has traveled to this country on a number of occasions to put on shows, and some great German fighters are now competing at the highest level of the sport.

In this article we’ll take a look at a few fights you can bet on right now through one of the best online sportsbooks in Germany, and discuss which fighters are coming into each one as the underdog and favorite.

Bet on Ferguson vs. Lee in Germany

On October 7th, Tony Ferguson and Kevin Lee will be competing against each other for the interim lightweight championship of the world. It’s expected to be a great fight, with even the most experienced MMA betting experts torn as to who will leave with their hand raised.

Tony Ferguson is riding a nine fight win streak including victories over Rafael dos Anjos and Edson Barboza. He’s extremely well-rounded with a dangerous striking and submission game, and comes into this fight as the favorite with current odds of 1.38.

Kevin Lee quietly raised up the lightweight rankings over the past two years and earned a shot at the championship with a recent victory over Michael Chiesa. He’s one of the strongest wrestlers in the sport but his inexperience makes him the slight underdog here with odds of 2.75.

Bet on Dillashaw vs. Garbrandt in Germany

One of the best options to bet on UFC fights online in Germany this year is on the massive bantamweight matchup between Cody Garbrandt and TJ Dillashaw.

Cody Garbrandt has used his elite boxing game to earn six straight victories inside the promotion. He’s got solid wrestling but it’s his hands that have allowed him to excel inside the cage. At the moment, Interwetten Sportsbook lists Garbrandt’s odds to beat Dillashaw at 1.64.

Tj Dillashaw is a former champion with victories over fighters like Renan Barao and John Lineker. TJ claims to have gotten the better of Cody during their sparring in the past, but still enters as the MMA underdog to make German gambling news with current odds of 2.10.

Bet on St. Pierre vs. Bisping in Germany

Those looking to bet on UFC fights online in Germany should also consider wagering on the massive middleweight contest between GSP and Bisping also scheduled to take place on November 4th at UFC 217.

Michael Bisping won the middleweight championship back in June of 2016 and successfully defended the belt against Dan Henderson. He’s been looking for a big-name opponent and he’s got in St. Pierre, but he still comes into this bout as the underdog with odds of 2.10.

GSP was one of the most dominant UFC champions of all time several years ago, but he hasn’t competed inside the octagon in over four years. Still, he’s got the skills to defeat Michael and is listed as the favorite with current odds of 1.64.

Anyone that wants to bet on UFC fights online in Germany should head to NetBet Sportsbook. Here you’ll find a complete list of 2017 MMA betting odds for every major fight taking place this year.