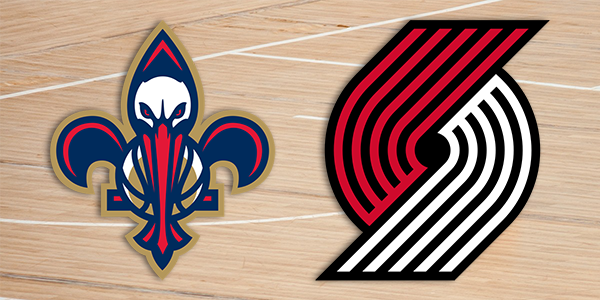 Playoff season has begun and third-seeded Portland have already had their first clash with sixth-seeded New Orleans. What are the takeaways and how do they influence our Blazers vs Pelicans betting preview?

The Pelicans might have entered the playoffs ranked lower than the Blazers, but they nevertheless stole Game 1 on Saturday night. It was a close win (97-95) but may be important for predicting the odds of the next Portland vs New Orleans meetings. So what happened?

Identifying Anthony Davis as the sole reason Portland got beaten would be an exaggeration, but he did give an MVP-worthy performance, scoring 35 points and getting 14 rebounds and four blocks. Portland also struggled against a physical Holiday (whose block at the end of the game helped seal the team’s win) and a “playoff Rondo” (who has been great at creating wild opportunities for his own team and spoiling those that the opponents tried to create).

Meanwhile, Portland’s two main stars, Damian Lillard and CJ McCollum underperformed, scoring only 18 and 19 points, respectively. The Blazers’ struggle was especially conspicuous in the first half, when they only grabbed 36 points, although they better adjusted in the second half and gave the Pelicans a run for their money.

Regardless of how close the final results had been, New Orleans’ win was no coincidence. Rondo was reportedly up late the night before and prepared for the game by analysing film recordings of the Blazers. His knowledge of Portland’s strategy went a long way in successfully defending Lillard and McCollum and might continue to have a big impact in the next games.

Our Blazers vs Pelicans Betting Preview Favors the Latter

Online betting sites in the UK give almost the same multiplier for both teams: 1.90 for Portland and 1.80 for New Orleans. However, we think the Pelicans have slightly betters odds as they seem to have the strategic advantage.

Do you agree with our Blazers vs Pelicans betting preview? If you have trust in either team, support them by betting on their victory on Unibet Sportsbook, where you can bet both on the team to go through and the exact outcome of the series.